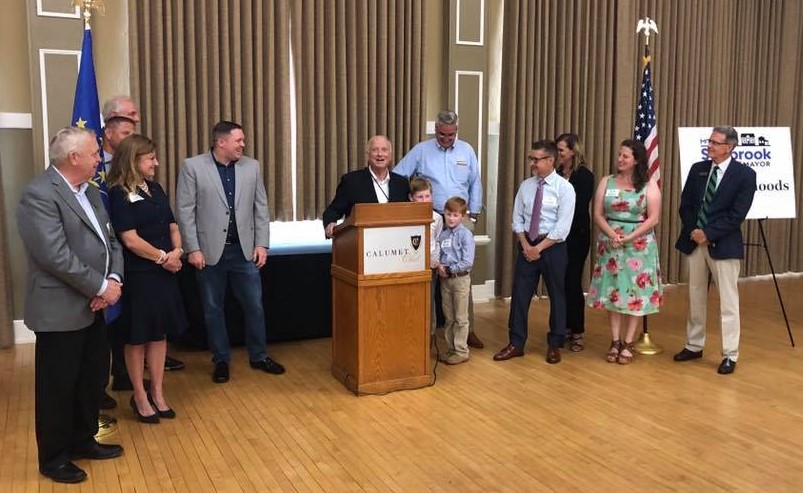 Earlier today we earnestly congratulated the News and Tribune for being transparent about Mark Seabrook, identity.

Mark Seabrook’s identity is restored in the newspaper as Governor Holcomb comes to New Albany.

Floyd County Republicans The Party For The People, by Josh “JT” Turner, candidate for city council from the 5th district.

Last night, in a room with over 100 people in attendance, mayoral candidate Mark Seabrook along with special guest Governor Eric Holcomb, stressed the importance of getting back into the neighborhoods and putting the people first.

One of the more notable things from last night is the improved health of Mark Seabrook, who stood for the entire event and gave a high quality speech to a very upbeat crowd. During the speech, he mentioned his health scare earlier in the year and that he was cleared by his doctors to continue the campaign.

Mark made the statement “I have planted my flag and will defend it against anyone who wants to attack it.” It’s 2019, and we are witnessing a very focused and energized Republican Party with a group of candidates the likes of which have never been seen before, focused on one thing, the people.

This is my take, by Dale Bagshaw, at-large county councilman

The event was well attended, with probably 100-150 people. I have not seen as much enthusiasm at a local political event since I’ve been involved. Mark acknowledged his health issues, but indicated that’s behind him and he’s ready to lead. 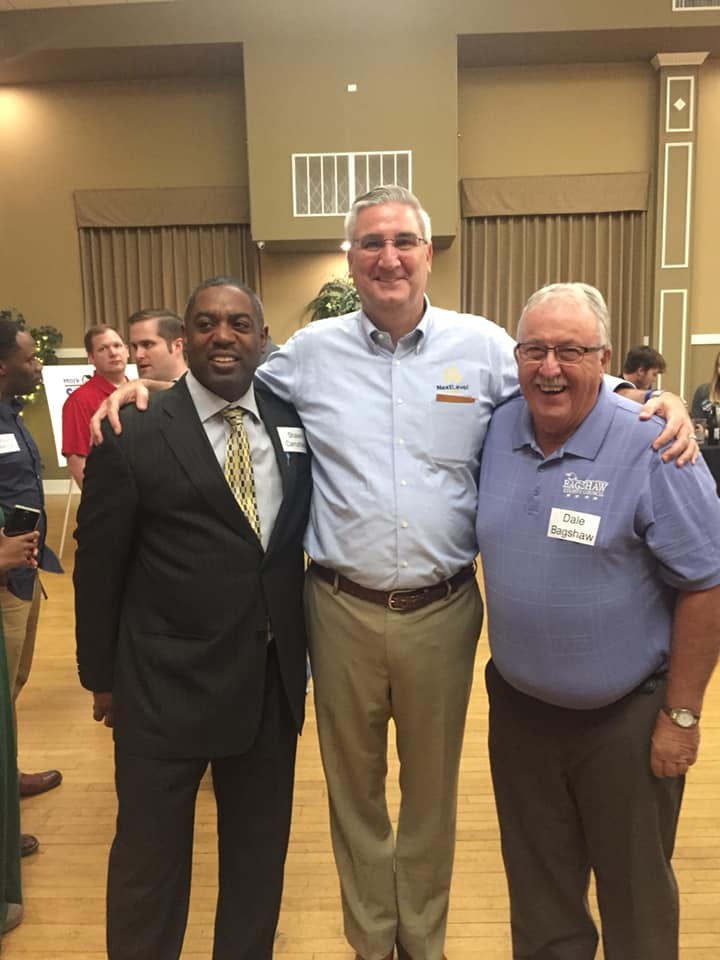 Governor Holcomb was well received and hung around to talk and shake hands, and he stood for pictures with all who wanted to. I’m very encouraged by our slate of candidates.

The energy in the room was palpable, by Nick Vaughn (The Aggregate)

In a room filled with one hundred or so supporters, Governor Eric Holcomb spoke on behalf of Mark Seabrook and the other candidates for city office in New Albany. Earlier in the month, Holcomb announced his intention to seek reelection as governor, and unveiled his new campaign slogan “Putting People First.” This message, while not always explicitly stated, was felt through the remarks of all of the speakers: Floyd County GOP Treasurer Andrew Takami, City Councilman Al Knable, State Representative Ed Clere, Governor Eric Holcomb, and former Commissioner Mark Seabrook.

Holcomb’s presence at a fundraiser for Seabrook this early is a sign that the state GOP sees the upcoming city elections as very winnable. No doubt, this derives from the strong (and full) slate of candidates us Republicans have put on the ballot this year, beginning with Mark Seabrook and Al Knable. With that being said, the energy in the room was palpable as if everyone could sense just how “different” this campaign feels.

When Seabrook was introduced by the Governor, the room was electric. Seabrook spoke along the same lines as the previous speakers, and offered a nice anecdote about his time at the funeral home where he always ensured the families he worked with were treated fairly. As the campaign heats up, look for the energy derived from this event with Governor Holcomb to propel the GOP towards the finish line.