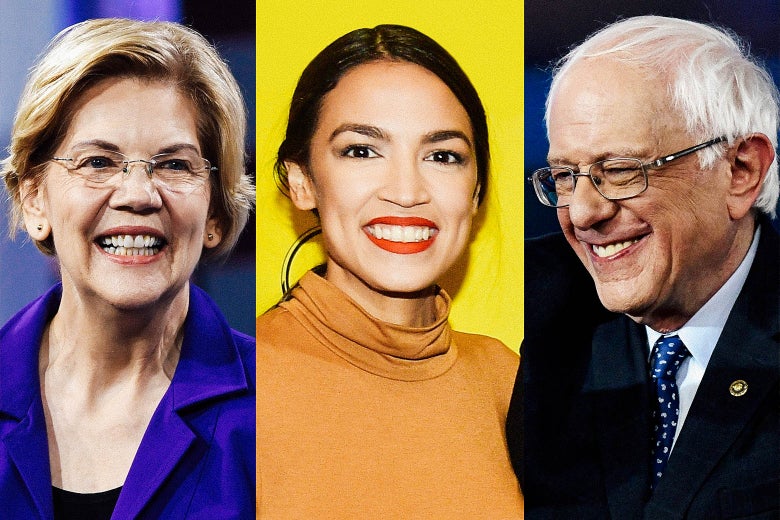 An old one but a good one, generally credited to Dan Hagen.

I dunno. We might be forced to reduce the profit margins of the 1%.

AOC, Sanders, and Warren Are the Real Centrists Because They Speak for Most Americans, by Mehdi Hasan (The Intercept)

DO YOU KNOW what really annoys me about the media’s coverage of U.S. politics, and especially the Democratic Party?

Bloomberg is considered a “centrist thought leader” (Vanity Fair). Klobuchar is the “straight-shooting pragmatist” (Time). Biden is the “quintessential centrist” (CNN) and the “last hurrah for moderate Democrats” (New York magazine). Shultz is gifted with high-profile interview slots to make his “centrist independent” pitch to voters.

Got that? Biden, Schultz and Co., we are told, sit firmly in the middle of American politics; Ocasio-Cortez stands far out on its fringes.

This is a brazen distortion of reality, a shameless and demonstrable lie that is repeated day after day in newspaper op-eds and cable news headlines.

“It’s easy to call what AOC is doing as far-lefty, but nothing could be farther from the truth,” Nick Hanauer, the venture capitalist and progressive activist, told MSNBC in January. “When you advocate for economic policies that benefit the broad majority of citizens, that’s true centrism. What Howard Schultz represents, the centrism that he represents, is really just trickle-down economics.”

Hanauer is right. And Bernie Sanders is centrist too — smeared as an “ideologue” (The Economist) and “dangerously far left” (Chicago Tribune). So too is Elizabeth Warren — dismissed as a “radical extremist” (Las Vegas Review-Journal) and a “class warrior” (Fox News).

The inconvenient truth that our lazy media elites do so much to ignore is that Ocasio-Cortez, Sanders, and Warren are much closer in their views to the vast majority of ordinary Americans than the Bloombergs or the Bidens. They are the true centrists, the real moderates; they represent the actual political middle …