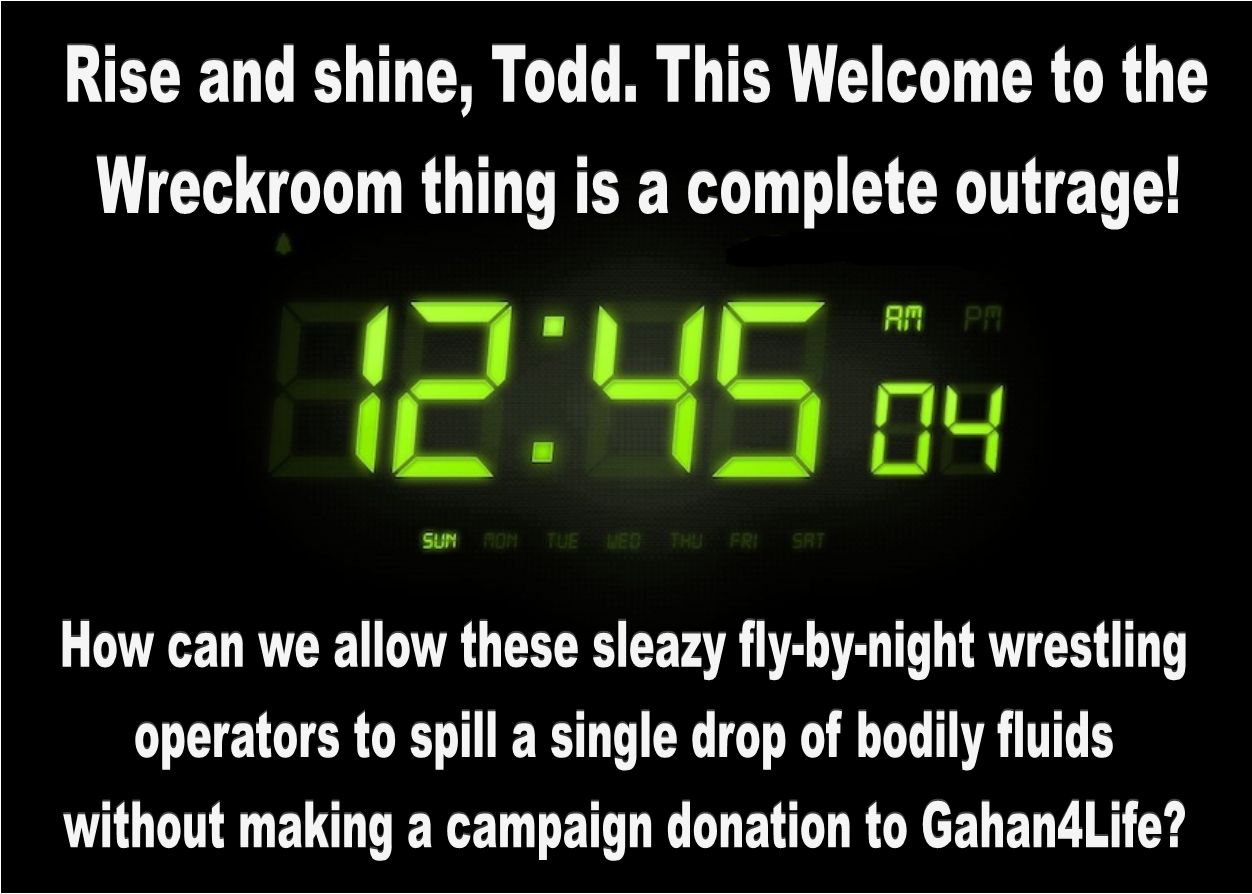 The Jeffersonville newspaper’s Thomas does good work on a strange topic. First the rasslin’, then the recitation of Team Gahan failure.

New Albany officials say a wrestling event that took place at 1445 South St. on Sunday was not permissible under the city’s zoning ordinances.

The Floyd County Health Department on Thursday issued a news release that urged people who attended Sunday’s “Welcome to the Wreckroom” wrestling event on South Street and were exposed to blood or bodily fluids to be tested for possible exposure to HIV and Hepatitis C.

According to Floyd County Health Officer Dr. Tom Harris, the alert was triggered after his department received a complaint by someone who attended the event at 1445 South St.

At issue is props that were apparently used during Sunday’s event — fliers for Sunday’s event billed it as “live extreme wrestling” — which involved broken fluorescent lights, according to Harris. Injuries suffered from broken glass can result in large wounds, increasing the chance for transmission of disease. The more people involved, such as wrestlers rolling around on a mat, and you have a “perfect storm” to transmit disease, Harris said.

“That’s a lot of different blood sources there, and no attempt to clean the blood off,” Harris said. “It’s a risk for all concerned.”

Another of Harris’s concerns is that entities typically have “some form of crowd control, some form or process for a person to give consent to participate in an activity,” Harris said. “Nothing we’ve seen there was anything like that going on. It’s a huge risk for transmission of disease.”

Here’s the fun part. Who owns the building in question? 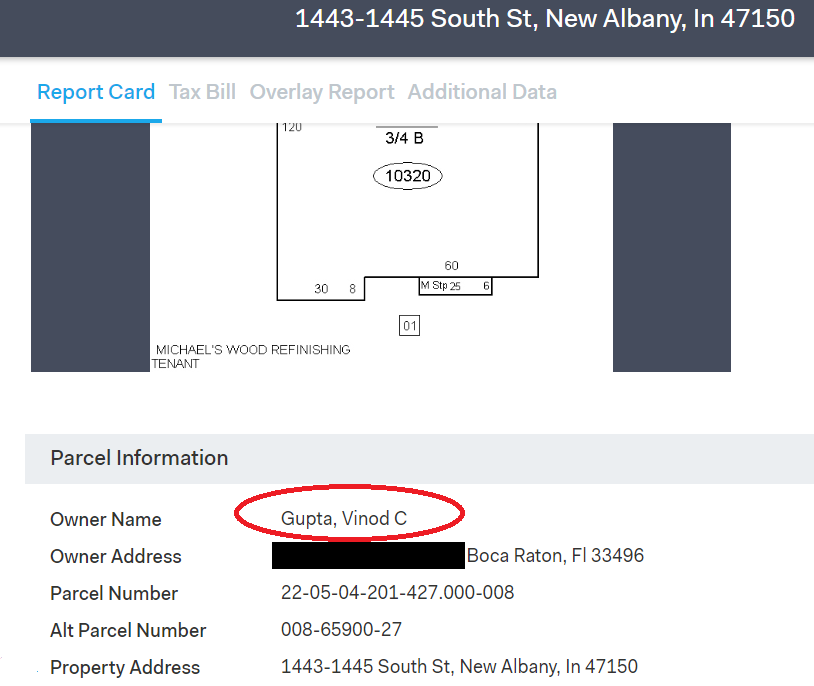 It’s none other than Vinod Gupta, who owns hundreds, maybe thousands of properties all across the country. How do we know about him?

Meanwhile, Vinod Gupta, who lives in Florida, made out like a bandit, tripling his money for six years of do-nothingness. Gupta owns 45 properties in Floyd County, and no doubt hopes the likes of Bob Caesar convinces the city to overpay him for those, too — I mean, we simply must make the squalor LOOK better, mustn’t we?

Gupta bought low and sold HIGH when then-redevelopment honcho David Duggins came calling in 2016, as the city was in the process of overpaying for properties now cleared and tidied for Gahan campaign donor Progressive Land to convert into shoebox micro-apartments at Lancaster Lofts (as always, named for what was bulldozed to make room for new balsa construction).

But there’s even more merriment.

The city completely snoozed on Welcome to the Wreckroom, but earlier in the year Gahan’s minions were busy harassing Donnie Blevins, whose City Boys sanitation company at the time was using the lot adjacent to Gupta’s House of Fluorescent Pain to park his trucks. 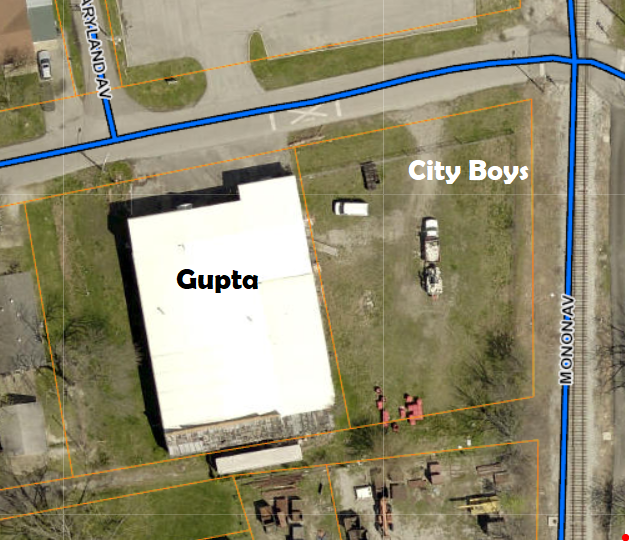 “Too much noise,” said the same conniving city officials who conspired to push Blevins out of the Street Department, and haven’t ceases being petty with the former councilman ever since for purely political reasons, as I explored earlier this year.

ON THE AVENUES: Donnie Blevins tells his story.

Six weeks ago Blevins received another certified letter from the same city functionary, this time citing a vague complaint from an unnamed neighbor about truck noise in the morning, and ordering NA City Boys to cease and desist. There’s a machine shop opposite Blevins’ commercial property, with other industrial users nearby.

There’s also a church where a chief political ally of Gahan’s preaches.

So there’s a health emergency in a rotting building and City Hall is clueless, but if Blevins stick a key in the ignition of a garbage truck just a few steps away, ordinance enforcement is there in seconds.

You know, in New Albany it’s really hard to tell where the incompetence ends and the corruption begins.