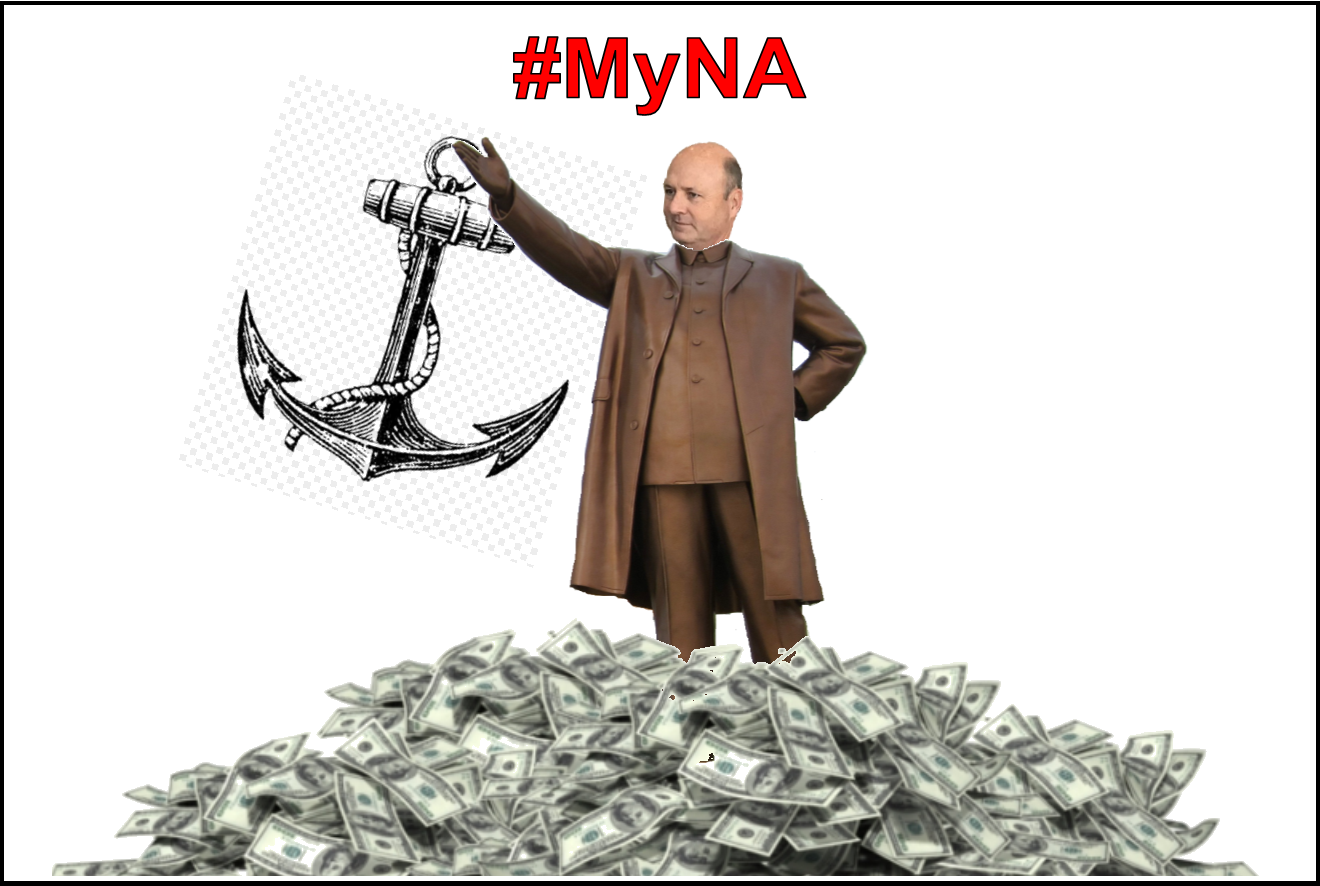 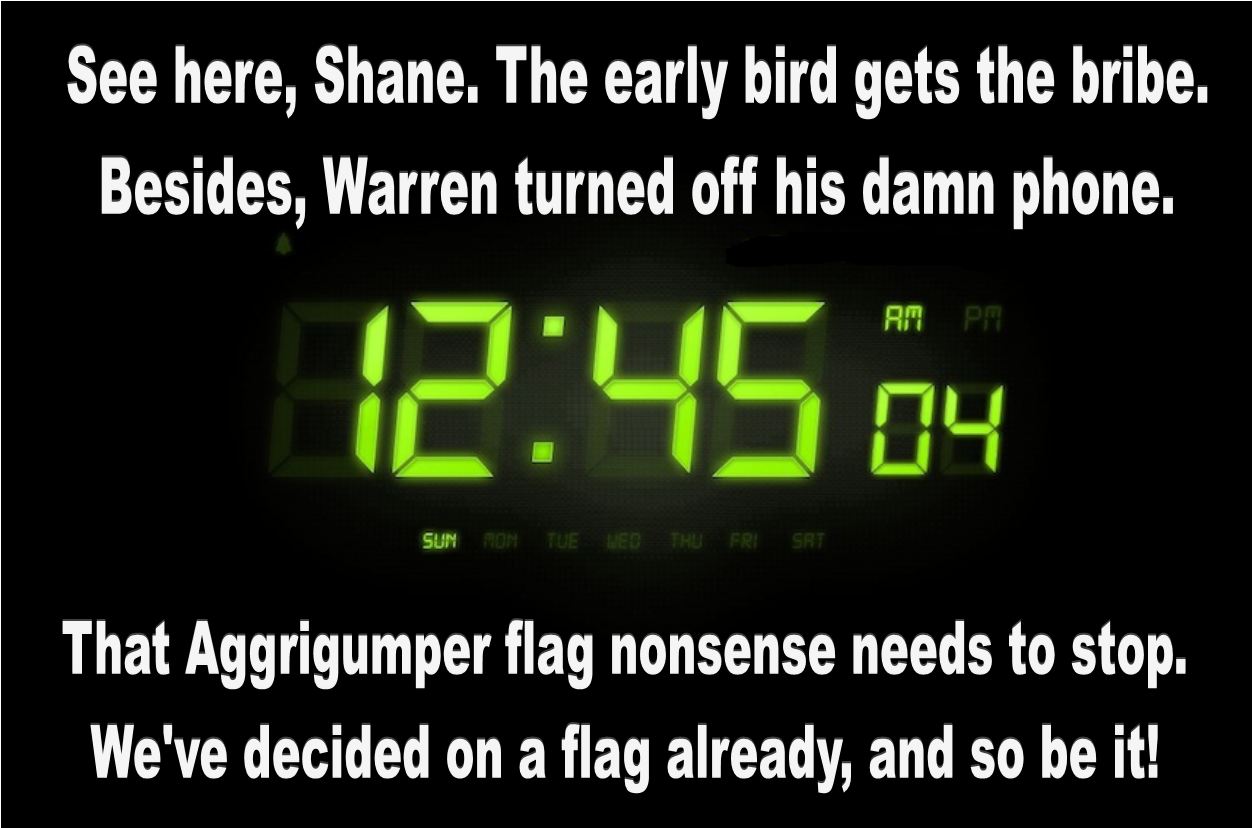 Yes, I know; there shouldn’t be words on the flag. What if it’s a hash tag? Here’s the official flag of New Albany. 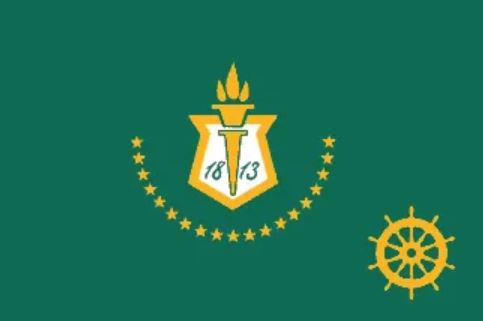 At The Aggregate, Nick’s on a flag jag.

So, without being an expert (but perhaps a casual flag critic), and only being someone who loves his community, and his community’s history, here is my rough draft of a version of New Albany’s flag which I think the community could rally around and be proud of.

Click through, read the entire essay and tell Nick what you think. The Aggregate is a relatively new source for local news. Reading Nick’s piece, it seemed to me that I wrote something about the city’s flag fairly early in NA Confidential’s run.

For those who may be curious about the description of the official New Albany flag, as described by B. several times previously, here’s the way the official ordinance describes it:

§ 11.01 DESCRIPTION OF FLAG.
A green background, symbolic of our green hills and of the many different kinds of trees native to our area and Indiana, on which the following are emblazoned: white shield edged in gold, symbolic of the character and courage of the varied nationalities of our ancestors, with a gold torch thereon, representing enlightenment and liberty; and the numerals “1813,” the year of the establishment of the City of New Albany, all within a semicircle of 19 gold stars, representing Indiana as the 19th state; and a gold pilot wheel in the lower right-hand corner, symbolic of our historic background as a river city.

The blame for this multi-hued anarchy surely must rest with Floyd Central, which came into existence five years after the resolution describing the city flag.

Ideally, none of this should matter one jot when it comes to reproducing the city flag as a symbol of our “Somehow Transform New Albany into Something Quasi-Weird” campaign.

However, we must remember that New Albany’s unofficial city ethos (never codified, but tangible) is “Arrested Development,” and this implies allegiances to high school that go far beyond the norm, particularly as they reflect high school basketball.

A certain number of New Albanians probably won’t accept the flag for this most petty and senseless of reasons. Do we attempt (reviving) it anyway?


I think there’s a significant amount of revisionist history being put forth, but I’m willing to be persuaded I’m wrong. TO say that New Albanians were “ardent abolitionists” is the most objectionable. This region is also well known for it’s “Copperhead” tendencies. I’ve never heard about New Albany being an abolitionist stronghold.


Incorporating the “Town Clock Church” into a municipal flag is not something I’d be happy with. I frankly question whether it is iconic. It exists and is appreciated by some, but it has nothing to do with the founding of the city and it barely represents any long-term aspect of the city’s history. The inclusion of a piece of sectarian imagery is also inappropriate.


I will concede that New Albany has a slight Irish connection. The divisions in the Catholic church and the “riot” bear witness to that. But I would wager that NA had more Scots-Irish protestant residents when the Irish influx peaked. By the 1850s, if not sooner, the German influence was dominant.


It reminds me of a previous attempt to change a municipal icon. A local cop designed new patches for the police department and was compelled to include the fleur-de-lis. His rationale was a nod to New Albany’s “rich” French heritage. There is no doubt that Louisville has a French Catholic heritage (Louis?) and Floyd County still has signs of its French-ness, but the only indications of a historic French influence in New Albany predates the city by decades. Yes, voyageurs encamped here. But French “settlement” was pretty much outside of the city and came much later.


Finally, if the clock were removed, Nick’s proposed flag would make a decent 1970s rugby shirt. Beyond that, it leaves me cold. Analogizing to current affairs, if this sincere offering were one of the 24 Democratic candidates for president, Nick’s would be the Tulsi Gabbard.