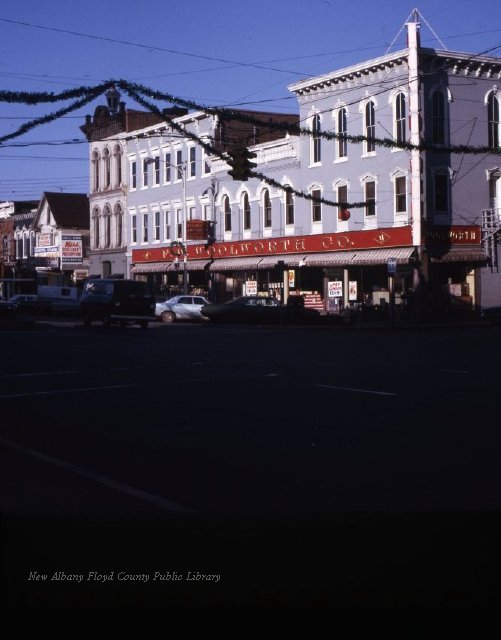 It’s one small step for man, and one giant leap for mankind.

NEW ALBANY — A live music venue, a bank and office spaces are some of the new additions coming to Market Street in downtown New Albany through a new redevelopment project.

The Jimmy’s Music Center location at the corner of Market Street and Pearl streets is in the process of some major changes. Developer Steve Resch, owner of Resch Construction, purchased the space in November, and he is building offices in the historic building, along with a concert venue and bar in the basement.

Jimmy’s Music Center remains open in a smaller space in the same location at 123 E. Market St., and owner James Gaetano is planning to eventually relocate the music shop to another downtown space. A space at the corner of the building’s first floor has already been leased to New Washington State Bank, and the other side (where Jimmy’s Music Center is now operating) will be a retail space. The second and third floors will be used for office space.

Joe Phillips, owner of Pints & Union, plans to open a live music venue called Misery Loves Company, or the MLC Club, in the downstairs area. The idea of starting a live music venue has been floating around in his head for about five years, he said, and the concept for the upcoming business was inspired by Jimmy Can’t Dance, a jazz bar located beneath Another Place Sandwich Shop in Louisville …