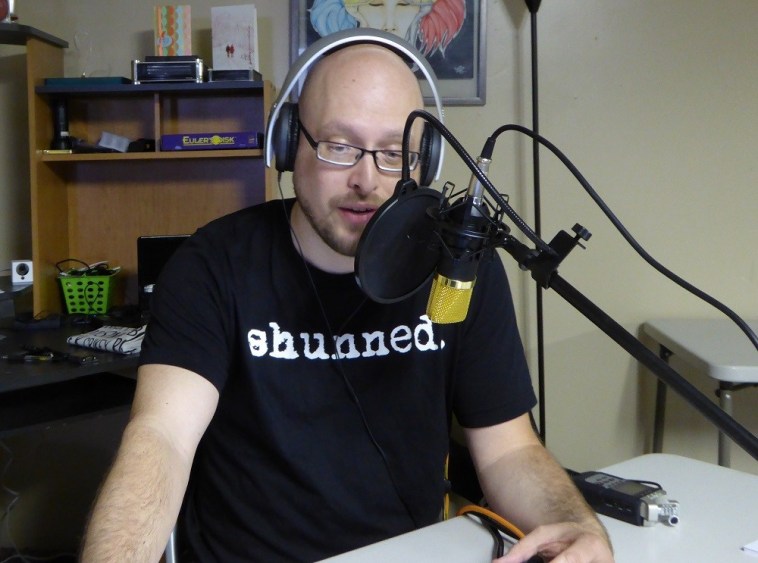 Kevin Gibson has written a fine article about (Insider Louisville) “a former Jehovah’s Witness and his quest to help others.”

First, an excerpt from Wikipedia about the … Christian denomination — or is it a cult? Definitely a fringe sect among believers, claiming a mere 8.5 million adherents worldwide.

Jehovah’s Witnesses are best known for their door-to-door preaching, distributing literature such as The Watchtower and Awake!, and refusing military service and blood transfusions. They consider the use of God’s name vital for proper worship. They reject Trinitarianism, inherent immortality of the soul, and hellfire, which they consider to be unscriptural doctrines. They do not observe Christmas, Easter, birthdays or other holidays and customs they consider to have pagan origins incompatible with Christianity. They prefer to use their own Bible translation, the New World Translation of the Holy Scriptures, although their literature occasionally quotes and cites other Bible translations. Adherents commonly refer to their body of beliefs as “The Truth” and consider themselves to be “in the Truth”. They consider secular society to be morally corrupt and under the influence of Satan, and most limit their social interaction with non-Witnesses. Congregational disciplinary actions include disfellowshipping, their term for formal expulsion and shunning. Baptized individuals who formally leave are considered disassociated and are also shunned. Disfellowshipped and disassociated individuals may eventually be reinstated if deemed repentant.

Shunned: A former Jehovah’s Witness and his quest to help others (part 1)

Shunned: A former Jehovah’s Witness and his quest to help others (part 2)

… (Mike) Shemwell, now 41, hosts a podcast called “Shunned,” through which he not only tells his own story, but allows guests to tell their stories about escaping religious cults and other oppressive situations.

The podcast has more than 100,000 unique downloads, and Shemwell has found himself a guest on several other such shows.

The number of those excommunicated, often by choice, from such religions is growing, Shemwell says. He wants to help people not only escape their situations if they so desire, but also to heal once they’ve moved into a more “normal” lifestyle.

For the Shemwells, they faced a life of never seeing or hearing from their families again when they left. They faced a world in which they had no friends.

But they’ve not only survived — they’ve thrived. They now have a legion of friends, ironically, in people they knew before they were “disfellowshipped” from the religion as clients of their cleaning business. They’ve visited Niagara Falls and hiked the Adirondacks. They live a happy, American life.

But from the time Shemwell was 8, life was not so free, nor was it always happy …