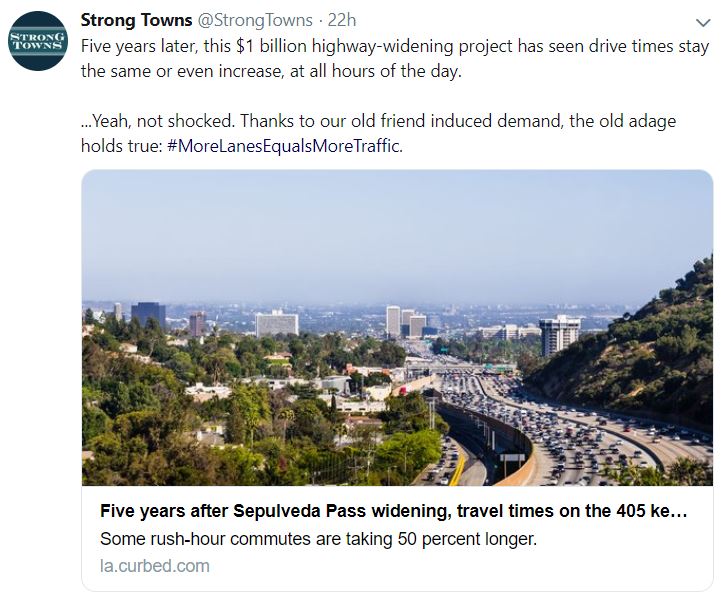 “Five years later, this $1 billion highway-widening project has seen drive times stay the same or even increase, at all hours of the day. Yeah, not shocked. Thanks to our old friend induced demand, the old adage holds true:

It’s never too late to begin learning about induced demand.

As in the San Fernando Valley — but first, a number. A cappella, no less.

Nary an Auto-Tune in sight.

Five years ago this month, a northbound carpool lane opened on the 405 freeway, between the 10 and 101 freeways, widening 10 miles of the interstate. It took half a decade to construct and cost more than $1 billion.

Since then, average northbound drive times through the Sepulveda Pass have increased at all hours of the day, according to data from traffic analyst Inrix.

With more drivers on the road, it’s not surprising that delays have increased along the 405 since the carpool lane opened, but the numbers from Inrix highlight the potential for widening projects like the Sepulveda Pass project to deliver diminishing returns.