After ten years in business the New Albanian Bank Street Brewhouse is closing at the end of May. NABC leaves 415 Bank Street considerably better than the company found it when Resch Construction began the building’s renovation in 2008.

NABC “winding down” brewing at Bank Street Brewhouse, and Taco Steve “hanging up his apron.”

What’s done is done, so let’s focus on the future. The sisters and building owner Steve Resch say they’d like to treat the vacated space as a unit, to be taken over as a turnkey.

The puzzle NABC spent ten years trying to solve is how to make these pieces fit together to produce a profit. In essence a brewing system is a machine that can produce a certain number of items each year. When the machine is idle, it costs money.

How much beer needs to be brewed, food served and butts placed in seats?

Naturally the presence of a fully functional brewery places the BSB property in a different stratum than other available restaurant and bar footprints downtown. Ironically, the same is true just two blocks away at the moribund River City Winery — without the kettle and mash tuns, of course.

As a turnkey operation, and situated at the doorstep of the more populous Louisville market, Bank Street Brewhouse is ideally suited to become the satellite location of a larger, established “craft” brewery. Downtown New Albany is viable and the Sherman Minton is toll-free.

It might be ANY larger, established “craft” brewery, although an existing Hoosier entity would have a leg up in terms of legalities and name recognition. Granted, there aren’t many fitting this description. There are a few, and perhaps an outsider lurking, with ambition … and cash.

Bank Street Brewhouse came into being in 2009 as the larger of two NABC brewing systems, designed to achieve a better economy of scale for those beers intended for outside distribution (which ultimately became our Waterloo). When the BSB brewing system came on line, the pre-existing brewery at the Pizzeria & Public House became the smaller “research and development” brewery, where lesser-volume seasonals and specialties were brewed.

Reverse this scenario and it’s easy to see how BSB’s brewing capacity (15 barrel hot side, four 30-barrel fermenters) now could become the smaller specialty and seasonal facility for a larger brewer. Much of the brewery’s output could be sold right on site. A portion might be shipped back to home base and other satellites, if any. Some capacity might be used to brew beer for other companies under contract, as NABC recently was doing for Mad Paddle in Madison, Indiana.

As BSB’s brewery originally was configured, we calculated maximum annual production at approximately 2,250 barrels. In the main these were ales with a brief turnaround. This probably is too much beer for a stand-alone brewpub with on-site drinking and distribution alone.

However, it might depend on the brewing roadmap being followed. Allow me to propose a potential use that makes sense given the space allocations of brewery and public areas at 415 Bank Street.

Most of the existing regional craft brewery candidates for establishing a satellite brewery and taproom at the former Bank Street Brewhouse location in New Albany have product lines dominated by ales as opposed to lagers.

Nationally there has been a recent trend toward craft-brewed lagers, which take a bit longer to brew but in some cases are less expensive in terms of ingredients.

Consequently BSB’s brewing system might be harnessed to a program of lager brewing, wherein the annual brew schedule could be recalculated to allow for the extra time required. The corresponding on-premise beer portfolio would be on the Bavarian model, with perhaps only four or five regular choices and a concise selection of seasonals. For a regional example, consider the Hofbrauhaus in Newport.

A Bavarian-style wheat ale program could accompany the lagers, and the parent brewery would ship in whatever of its other beers make sense. Depending on the investment, a retrofit with long-draw lines is possible. The variables are many, although not endless.

A VERY IMPORTANT INTERJECTION: The first objective is to use the brewing system to capacity. Size indeed matters. The NABC experience would have been very different if we’d have met projections and sold 2,000 barrels of beer after the first two years. Any future use of BSB’s footprint by a brewery likely will be hybridized, in the sense that not all of what is being brewed will be consumed in one way (by the glass, carry-out, package, distribution), with the only caveat being that capacity must be achieved.

In ten years none of us at NABC ever could manage to finish the outdoor space. By removing the old asphalt, adding gravel, planting vegetation and planning shade, the result on a smaller scale could be similar to the aforementioned Hofbrauhaus. 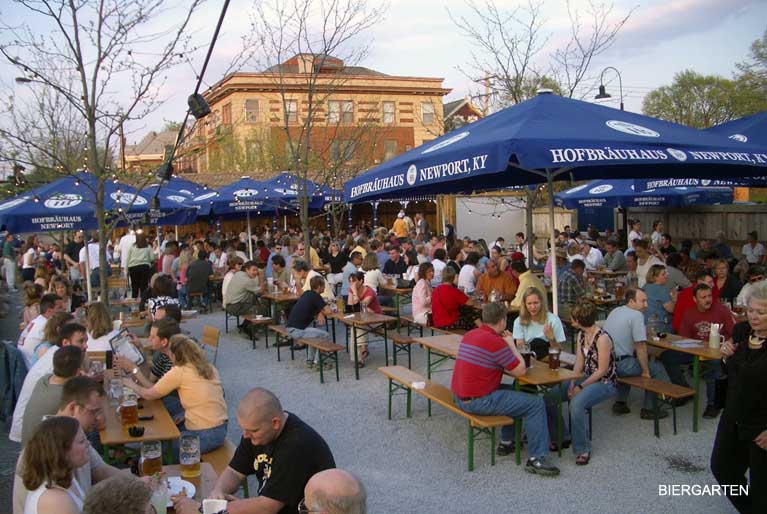 Barring a complete remodel of the food production area, it would not be possible to go full-frontal Bavarian. Then again, not every beer garden in Bavaria boasts a full menu card. Do the Bavarian “speisekarte” approach with sausages, snacks, meat and cheese plates, sandwiches and pretzels.

Another parallel example is the Capital Brewery in Middleton, Wisconsin (a suburb of Madison). It’s one of my favorite spots in the Midwest.

The Capital Brewery Bier Garten is open April through October and often hosts live music as well as numerous public and private events. It is known as ‘Middleton’s Backyard’ and typically attracts over 1500 patrons on Fridays, May through September.

These are views of our last visit in 2016. The serving area is located behind us. 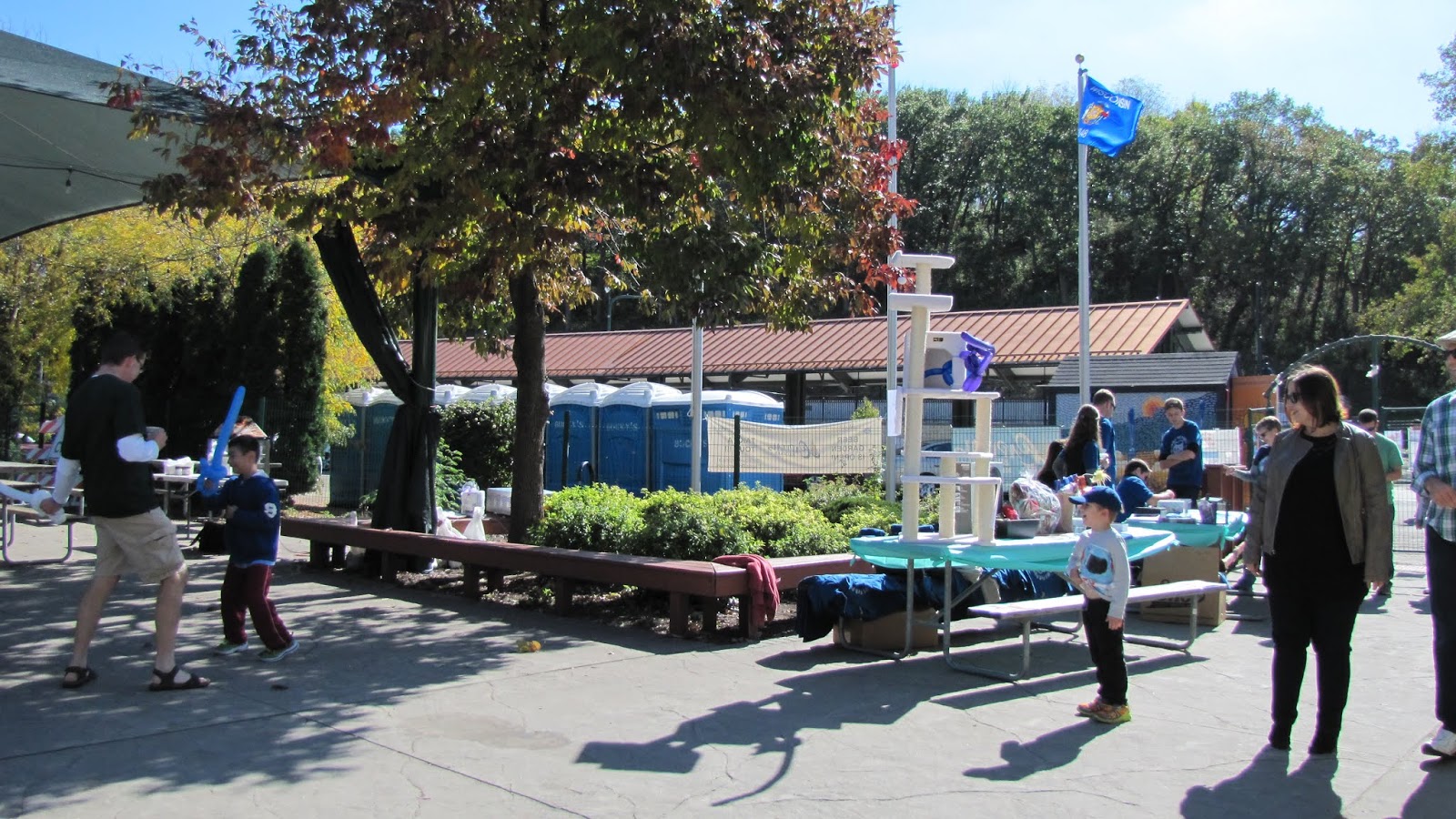 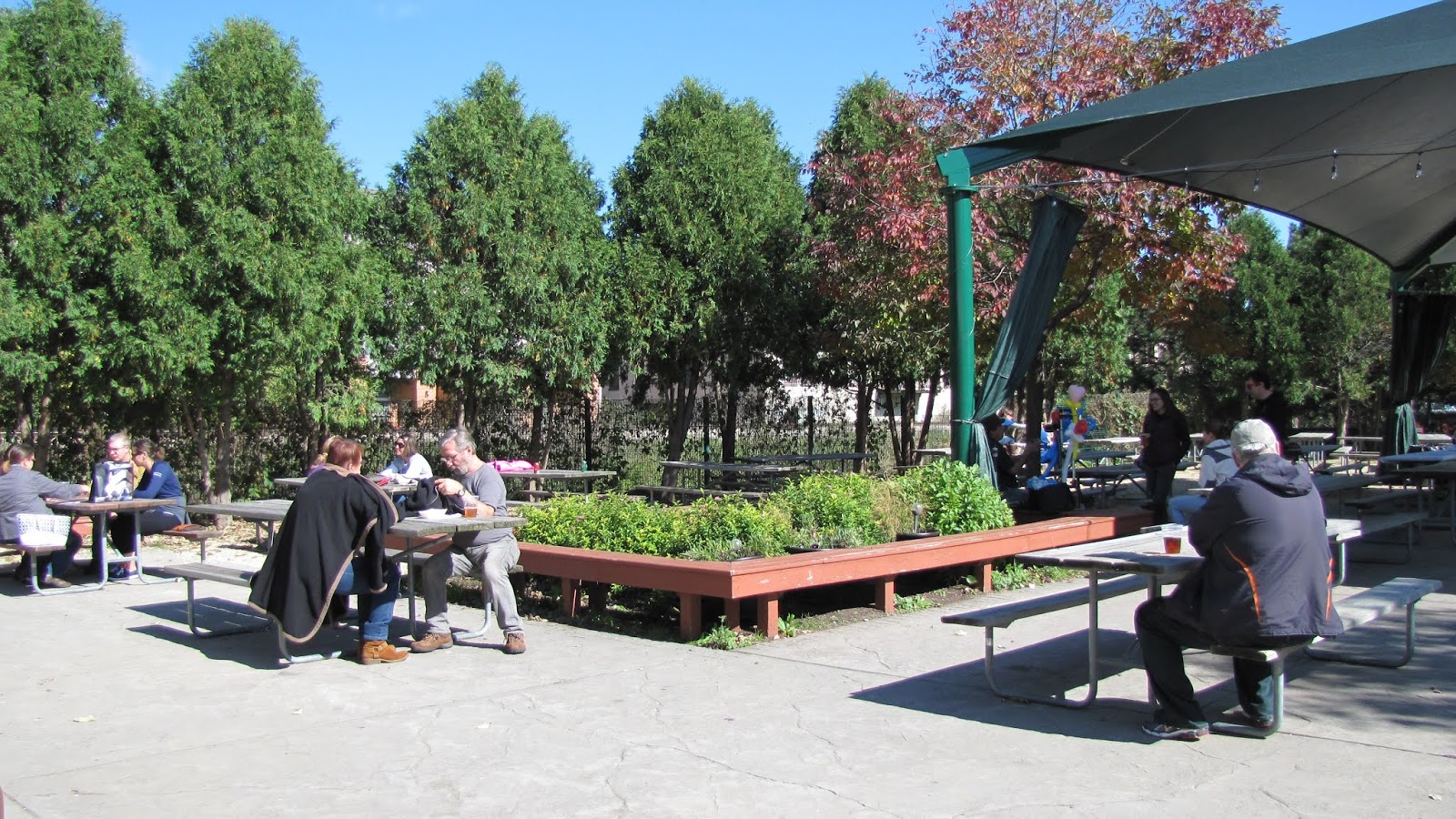 I’m not suggesting a prospective tenant emulate these examples precisely, only that I’ve been to Germany (and Wisconsin) often enough to see how the outdoor model works. There’d still be indoor space, but the beer garden could be a Louisville metro showplace.

My friend Mark asked if I was sad at the demise of Bank Street Brewhouse, and of course I am. At the same time, my mourning has been carried out in installments — when those initial production predictions didn’t come to pass, and when the founding kitchen closed in 2014, and when I left the company as a result of these and so many other factors.

To repeat, the sisters are doing the right thing in ending operations downtown and putting money back into the Grant Line location. There is no doubt about this, and I think it probably should have happened four or five years ago.

As such, another crucial point: whomever comes “next” will be inheriting equities and possibilities at a relative discount. Investment is required, though not to a ridiculous scale.

The brewing system’s unexpected “between-the-cracks” size can nonetheless be an advantage for a larger established company, and the unfinished beer garden is a tremendous potential asset.

I’m optimistic that some one’s going to agree with me — and if they’d like toss a few farthings my way as a finder’s fee, I’m down with it.