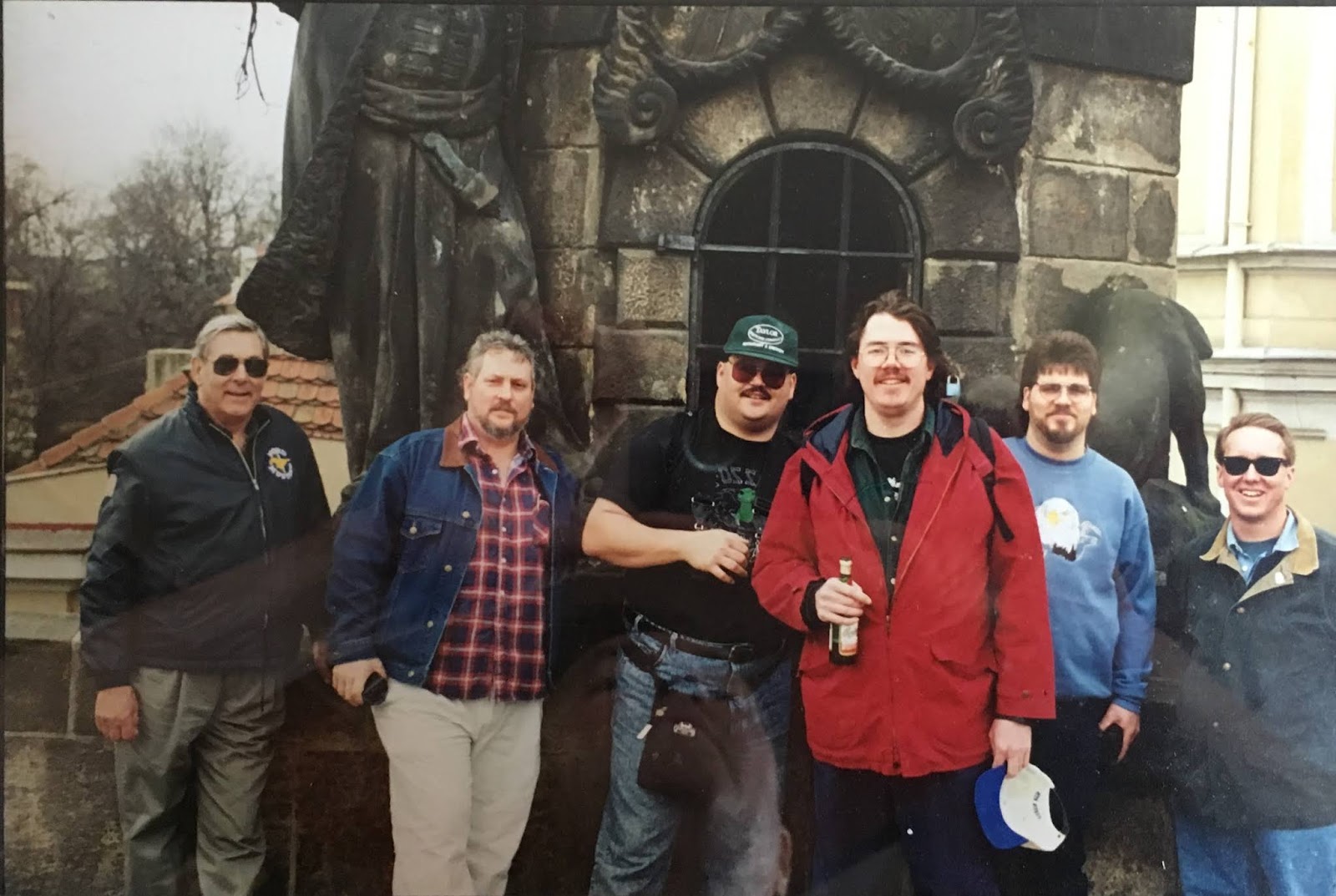 Barrie Ottersbach texted me earlier today with the sad news: At around 1:00 p.m. on May Day, his friend and in-law Richard Lang at last found the Perfect Pint.

Rick passed away after a fight against lung cancer. He was a military veteran, a postal service employee, a serial raconteur, one of the seven original founders of the FOSSILS homebrewing club, longtime patron of the Public House and part of the first tour group I ever “led” in Europe, the Doppelbock Viscosity Tour in March of 1995.

Richard Lang was a man of many names. I generally called him Rick. It isn’t clear to me why, but by the late 1980s Rick was being referred to as Big Dick Lang (BDL), which Barrie merrily altered into Biggus Dickus — or Biggus, as borrowed by Monty Python’s Life of Brian. 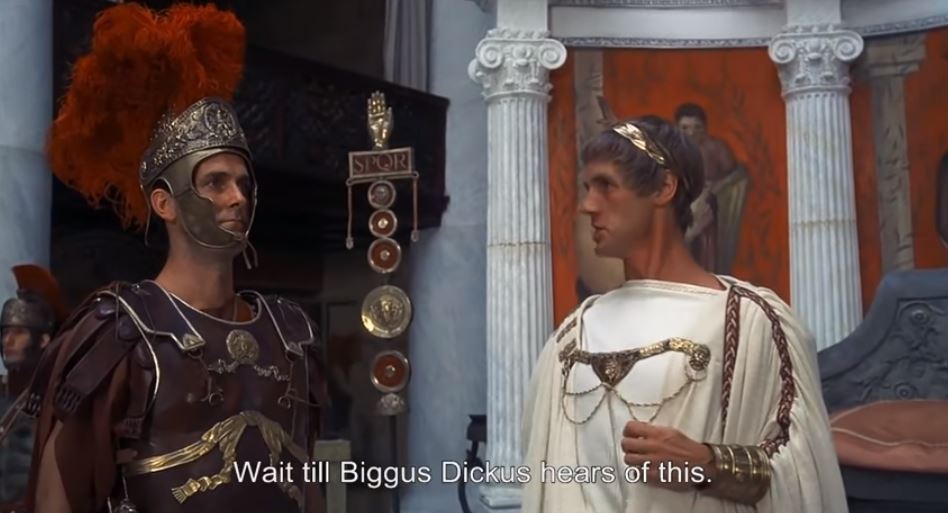 In fact Rick was quite fond of all these names, and laughed along with the res of us. His death comes as a shock and a surprise to me, as we hadn’t connected in a while. But there are many excellent memories, often laced with beer.

One thing I’ll always remember about our 1995 German and Czech tour was Rick’s arms-length list of family members and friends each and every one slated for a gift of some sort. Back home, Biggus — shall we say — stretched a dollar until it cried “uncle,” but having made the decision to travel, he nobly aired it out and did it right. Everyone got a memento. I’ve always thought this was admirable.

I’ll update this page with the official obituary when it appears. Until then, the episode from 1995

Now for the truth …

Thursday evening, March 30, 1995. Seven residents of the Louisville metropolitan area are seated at a table deep within a huge building somewhere overseas.

They are drinking. Drinking beer. It is the seventh day of the 1995 Doppelbock Viscosity Tour, and things are about to get ugly.

Then, without warning, it happens.

“Meinen Damen und Herren — Ladies and Gentlemen — we have a very special request for Biggus Dickus of Kentucky.”

Oom-pah players in authentic Bavarian attire pick up their instruments and follow the practiced hand of the bandleader, and soon the oversized main hall of the Mathäser Bierstadt (a.k.a. Beer City) in Munich is filled with an uncharacteristic, yet oddly pleasing sound.

A neo-Tijuana brass riff rockets through the cigarette smoke.

“Love is a burning thing …”

I choke on my Triumphator Doppelbock and look across the massive wooden table at Barrie Ottersbach, who looks back at me and gleefully croons “fur is a burning thing.”

“I fell into a burning ring of fire …”

Biggus looks pleased, and he should be. Three empty liter masses are in front of him, and his tape player is rolling. We thought he was taking a leak, but instead he was committing bribery at the bandstand.

It is Big Dick’s (a.k.a. Rick Lang’s) first trip to Europe, and I had drawn the lucky raffle ticket entitling me to be his chaperone. Never did I imagine that it would entitle me to a rendition of Johnny Cash performed by the Tuba-Teutonic Waltz Kings.

In fact, they tended to work out better than planned. Here’s a snippet of another band performing the same song — then as now, dedicated to Biggus Dickus of Kentucky.