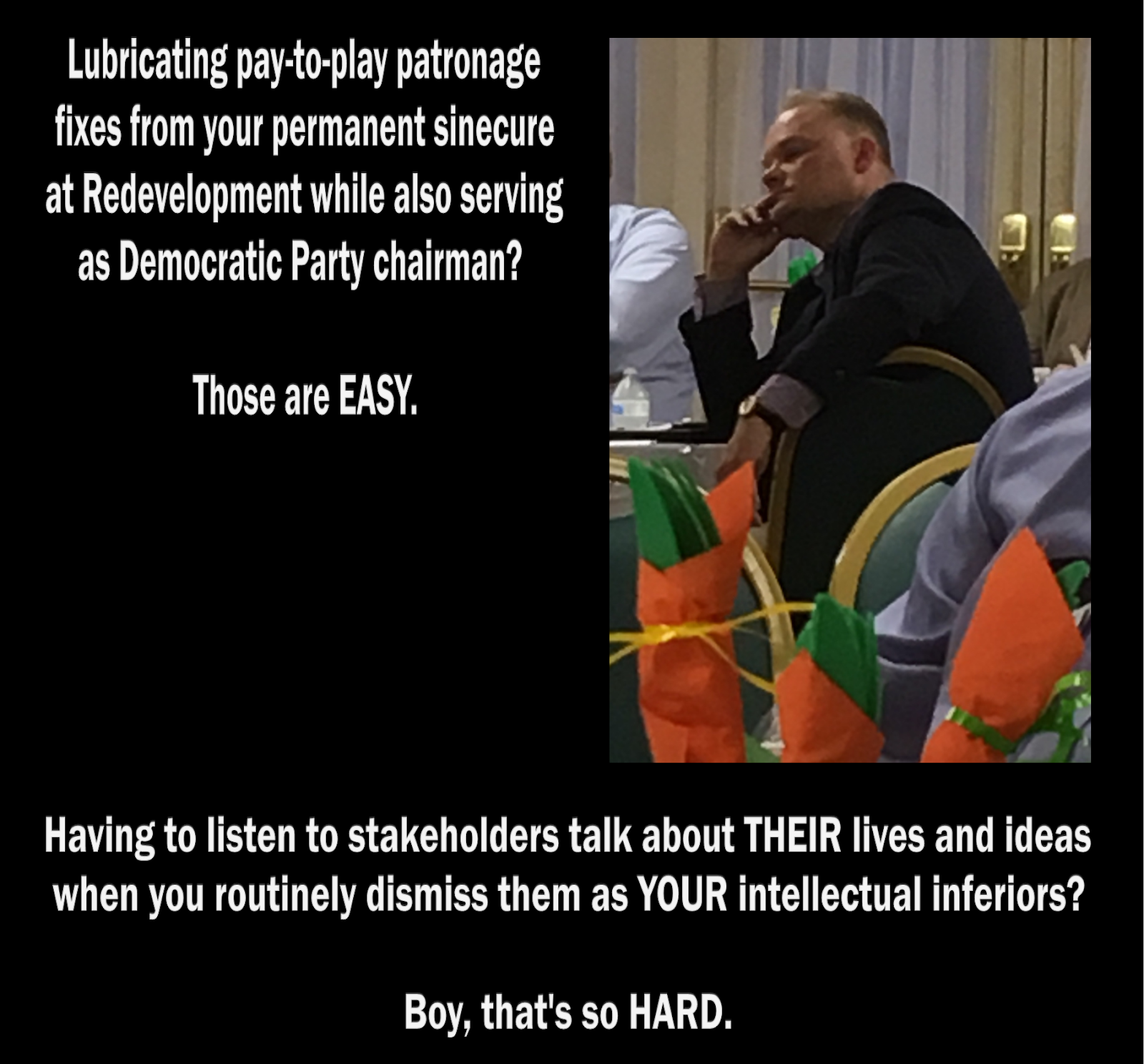 It was great to hear from “the” Democrat at the Colonial Manor listening session — the one, single, solitary Democratic political figure willing to speak for attribution.

The lone Democratic political type to so much as dare making comments at last evening’s Colonial Manor listening session was at-large council candidate Maury Goldberg, and he’s to be applauded for doing so.

To be sure, the event’s grassroots organizers have been consistent in minimizing politics during the course of their neighborhood advocacy. This is understandable, and even commendable.

Unfortunately, it’s a election year; politics is about distributing power, and this fact lurks in the background whether desired or not. As such, three of the four currently declared mayoral candidates were present at last night’s Colonial Manor chat (White, Seabrook and Coffey).

Aspiring mayor for life Jeff Gahan skipped the meeting, having launched his own petulant #MyNA broadside earlier in the afternoon.

Of the four city council persons voting in favor of Gahan’s and Adam Dickey’s more-of-the-usual-boilerplate redevelopment fix, only 5th district representative Matt Nash attended a meeting held in his own district. Perhaps exhausted by the necessity of fluffing Dear Leader round-the-clock, councilmen Bob Caesar, Greg Phipps and Pat McLaughlin did not show their faces, and not unexpectedly, Silent Nash said absolutely nothing — not even so much as an introduction or the re-assurance that he was there to listen and would take listening seriously.

You’re entitled to my opinion, so here it is: the listening session was another in a series of horridly disconnected and non-responsive showings by local Democrats, who are too busy smugly power-brokering behind closed doors to even attempt engaging with the community’s stakeholders.

But before summarizing, I want to allow chief organizer Kathy Copas her say. I greatly admire what she’s trying to do.

Now that we’re all safely home and settling in for the night, a million thanks once again from our Colonial Manor Redevelopment Citizens Coalition for a wonderful evening of listening, reflection, connection, and fun. Independents, Democrats, and Republicans all together in one room for an evening, all being courteous and respectful of one another’s ideas, words, and presence. Everyone who was there should just feel incredibly proud. And thanks so much to the Facebook Live viewers and watch parties, too, that added to our experience of being connected. If we can manage to regularly use structured listening techniques—coupled with real-time technology—to talk about challenging issues, there’s just no end to what we can accomplish. So many people volunteered tonight and helped with everything from door prizes to registration to set up and technology. Without the risk of leaving someone out, thanks again to ALL of you for all you do to make New Albany a better and stronger community. We’re just getting started! #colonialmanorrising

I can’t say enough positive things about the attitude displayed by Kathy and her associates. They’re showing us what grassroots involvement can mean.

And, sadly, local Democrats are responding in the only way they know how, with an equally compelling display of detachment, arrogance and pure spite — which Gahan’s Wednesday afternoon video displayed with sheer, numbing pettiness.

He “plays politics” every minute of every day of his public life, and when someone disagrees with him, they’re accused of … wait for it … “playing politics.”

Gahan seems to believe that his tenure as mayor and the very practice of politics in New Albany are intertwined, synonymous and inseparable — that Gahan himself is entitled to a monopoly on political power solely because the press clippings he paid someone else our tax dollars to write depict him in such glowing, infallible terms.

But forget Gahan’s giggly, goofy uncle persona. It’s his inner bully — the thug deep down — that compelled yesterday’s video, which was posted for the sole purpose of bullying and humiliating a group of sincere grassroots stakeholders. 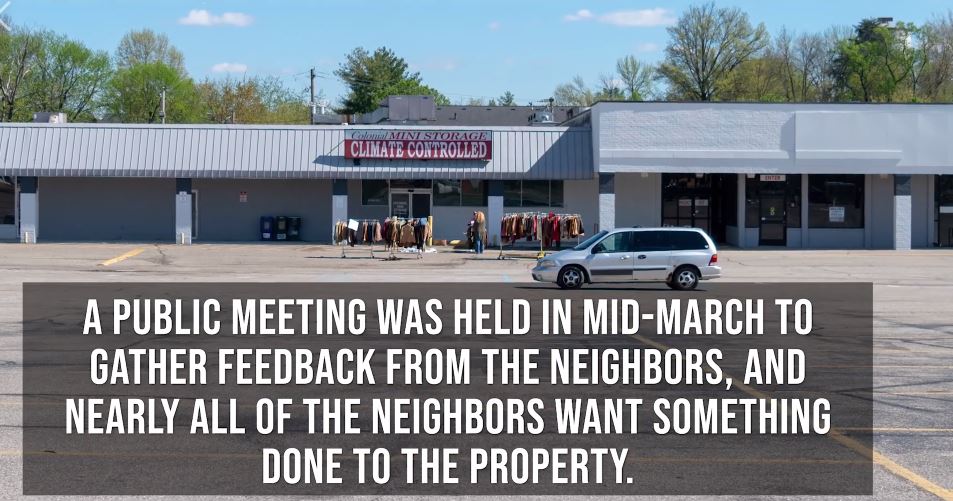 AT THIS “PUBLIC” MEETING, GAHAN DIDN’T ALLOW THE PUBLIC TO SPEAK.

This incessant urge to reassert his primacy is further proof of Gahan’s mounting narcissistic imbalance. He has gathered far too much power for one ill-equipped man, and he’s not using this power for the community’s greater good.

Patronage, propaganda and power trips are not hopeful platforms for progress, are they? Fortunately, we can do something about it: #FireGahan2019

ON THE AVENUES: It’s time for a change, and David White understands that change begins with a whole lotta scrubbing.