At last evening’s city council meeting, 3rd district councilman Greg Phipps used his speaking time to congratulate himself and the Board of Works for the two recently installed stop signs (complete with helpful flashing red lights) on Elm at 13th Street.

Their addition has created a four-way stop, and it only took the amount of time required for a kindergarten student to take his or her first university class.

It’s hard to begrudge Phipps his small victory, given how little he’s achieved overall during eight years as a council representative apart from rubber-stamping expenditures.

However, the problem with his victory is the way he first explained it (paraphrased):


I’ve been working behind the scenes with the powers that be to facilitate this four-way stop, which the neighborhood has been asking for since the inception of NA Confidential. Yay!

Consider that (a) HWC Engineering’s voluminous campaign donations to Jeff Gahan have had the effect of establishing the company as a de facto arm of city governance, and (b) every public utterance on the topic of four-way stops by an HWC official during the time of the two-way street reversion and since has been accompanied by a disdainful disclaimer: hardly ever can this be done and when it is, that’s because a traffic count was made and the INDOT Pass Through Oracle consulted for clarification and approval.

This from a street engineering company that openly laughed at Jeff Speck’s street grid recommendations (I was there and witnessed it) and operates from a strictly Talmudic old school perspective when it comes to traffic engineering, professing the necessity of keeping cars moving through town as quickly as they can on collector streets with as few impediments as possible — and other considerations (quality of life for residents, perhaps?) be damned.

I’m not exaggerating. I attended the meetings and took note of what was happening. Having HWC implement Speck was like asking your goldfish to perform ballet.

So, we return to Phipps and his four-way triumph. It’s good that we have a four-way stop at Elm and 13th, but the problem with “behind the scenes” is that we have no idea why something that kept being referred to as unlikely, if not outright impossible, suddenly occurred — apart from an impending primary election and the obvious need to fluff the resumes of candidates.

What happened to change BOW’s, Larry Summers’ and HWC’s minds?

Is the principle involved useful as a precedent?

Will it take another 15 years to apply the precedent elsewhere?

Or is this four-way just an imperial decree and alms from Dear Leader, absent any coherent justification or explanation?

Rather than take to Facebook to announce his win, shouldn’t Phipps explain the hows, whys and wherefores to residents?

Situations like this are why one is compelled to dismiss the boilerplate and look behind the curtain. A four-way stop at Elm and 13th was needed, but if the four-way is a one-off with no future applicability, what’s the point?

We need to know, and Phipps needs to explain. He’ll be hearing many more questions like this during the months to come. 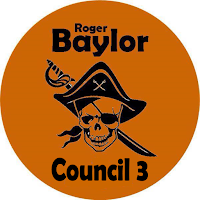