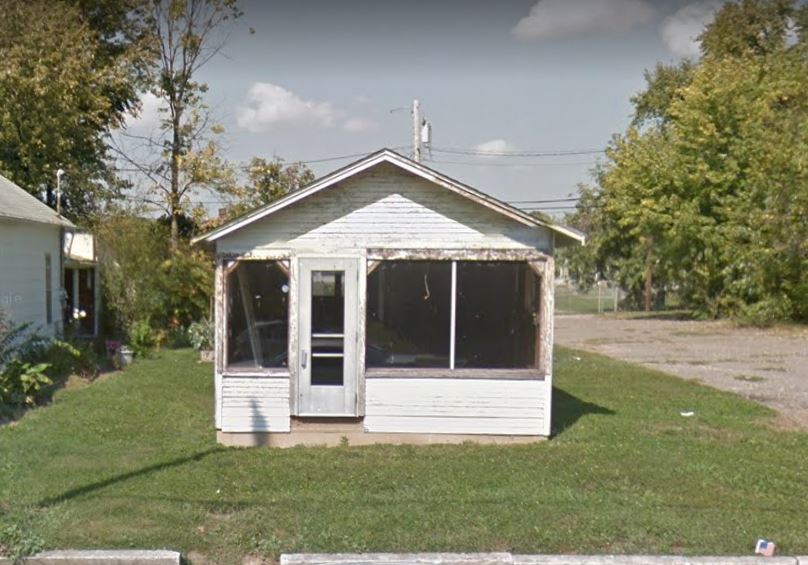 In an email, regular reader B refers to a post here at NAC on Saturday evening.

Greenville, Georgetown and Duncan capitulate as giddy Gahan boasts that New Albany is “the economic engine of Floyd County.” No shit, Sherlock. But not so much regionally, eh?

“Can anyone capable of reading and comprehending these words cite a single instance of (3rd district councilman Greg) Phipps being involved with economic development during the past eight years, apart from attending the stray ribbon-cutting, and issuing rote rubber-stamp approval of every expenditure ever handed him by Team Gahan?”

You forget how Mr. Phipps arm-wrestled everyone on the council and won the rights to Miss Emery’s ice cream parlor, locating the historic structure in his district.

Our reader is referring to the long-forgotten saga of the little building pictured above, which for decades was situated in the front yard of a house on Beharrell Avenue and housed an ice cream dispensary. The business petered out at some point during the early 1990s, and eventually resurfaced in Corydon with the old equipment and new owners.

Meanwhile in 2009 the humble little building became an unlikely cause célèbre when the property changed hands and the new owner began to demolish it. Evidently older members of the community’s historic preservation contingent were overwhelmed by pleasant memories of youth and pervasive nostalgia about bygone times, and they threatened to chain themselves to the structure until it was “saved.”

The owner said fine, take it — and get out of my yard. For three years the former parlor reposed atop blocks behind a house on Main Street as downtowners scratched their heads in puzzlement as to why preservationists were expending their political capital in this fashion.

Concurrent with this four-alarm outbuilding rescue a far larger and much more expensive kerfuffle centered on the decaying Weinmann-Hess building on the northwest corner of 8th & Culbertson, or as many of us knew it, the Alligator Tavern. 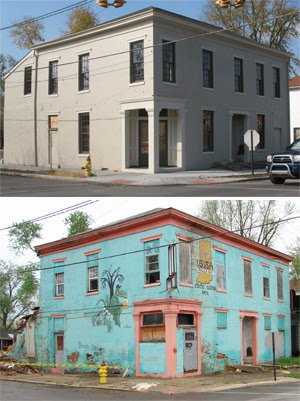 To make an exceedingly long story somewhat shorter, then-mayor Doug England took a peculiar interest in the Weinmann-Hess building and pledged a pot of money toward preserving it.

Unfortunately the money actually belonged to the Urban Enterprise Association, which had not been asked if it approved of shifting these dollars from UEA programs already in progress to variable political whims in suspension.

The Fix to enable the fix duly was executed, the UEA-ATM was emptied, and three years of fits and starts followed in an effort to stabilize and prep the building to be sold.

You saw it here first: The Emery/Culbertson Connection, Phase 453 …

If these gyrations seem muddled, that’s only because they were, and by early 2012 it had been decided that the perfect place for the Emery’s Ice Cream shack was the backyard of the Weinmann-Hess building, where it stands to this very day, apropos of nothing.

Now, back to Reader B’s observation about Phipps’ role in the Great Emery’s Ice Cream Hovel Economic Redevelopment Plan of 2012, as Tricky Dickey surely would refer to it in one of his robotic boilerplate press releases.

Phipps defeated incumbent 3rd district councilman Steve Price in the 2011 primary, and won his current seat that fall. By the time he’d been sworn in, the Emery’s tale was three years in the making.

Granted, I seem to recall that during this period, when Phipps did not serve on the council, he nonetheless was a strong advocate of the various cash-laden remedies for the former ice cream parlor as well as the Weinmann-Hess building.

But as an aside, Phipps famously refused to apply precisely the same logic in 2015 in very similar circumstances involving the old Haughey’s Tavern building: “Tear It Down,” Sayeth the Councilman, Part 2: “Just how has this been a corrupt process?” Hint: Secretive nonsense.

The central question, then: According to the usual rules of the game in New Albany, as formulated by the same tired suspects, can Phipps take full and unalloyed credit for the economic development windfall provided by the relocation of the Emery’s Ice Cream building, even though he was on the public payroll for only the last few months of a three-year-long farce?

Let’s go to Jeff Gahan’s wheel of fortune and give it a spin. 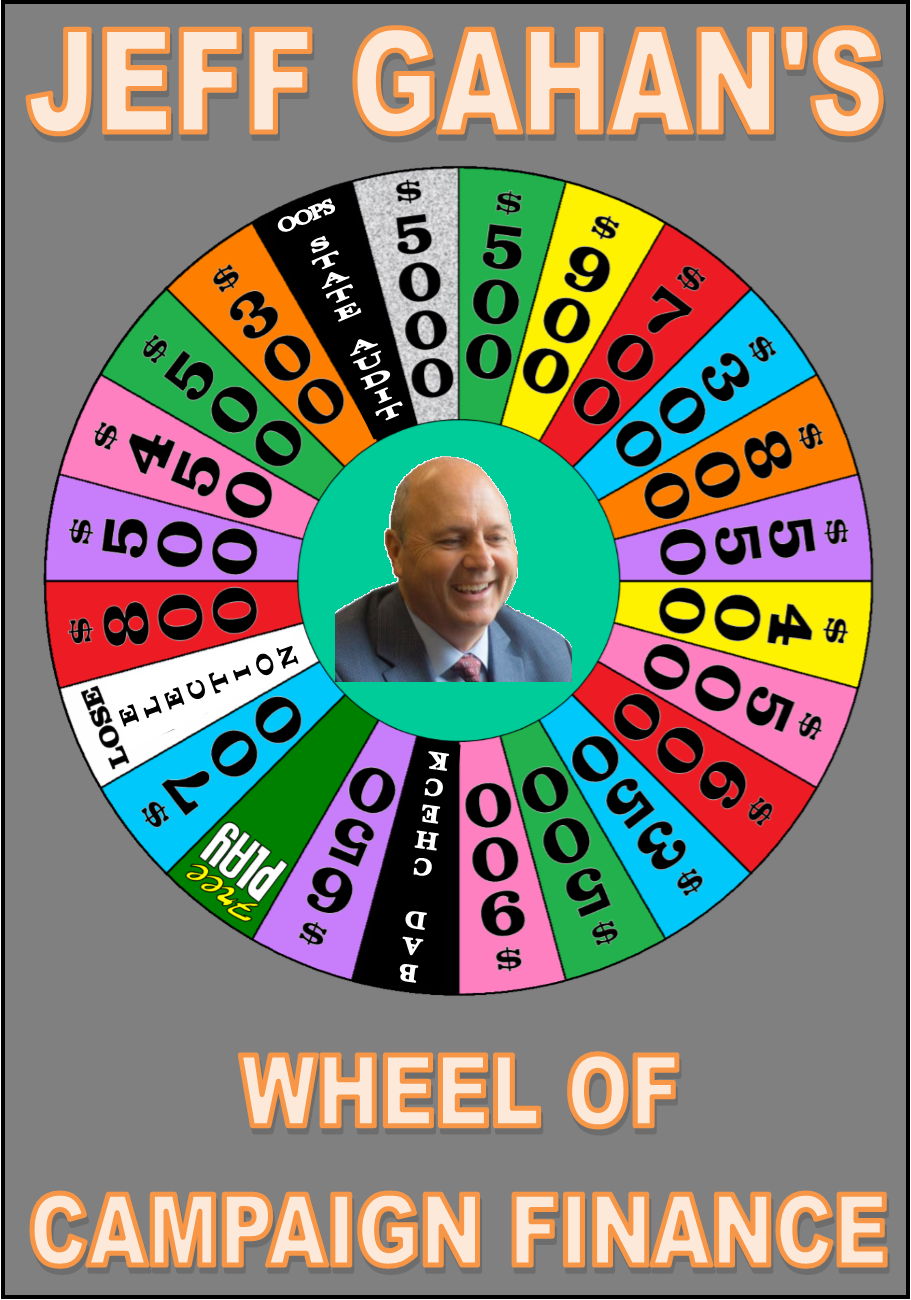 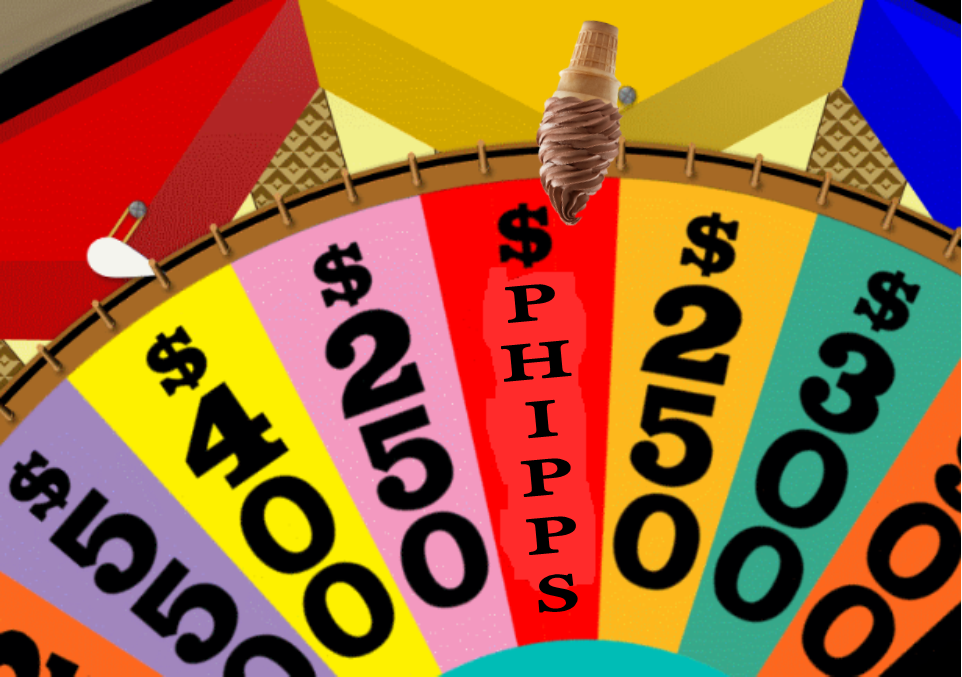 NA Confidential appreciates reader input. Thanks to B for helping to put the credit where the credit is due.