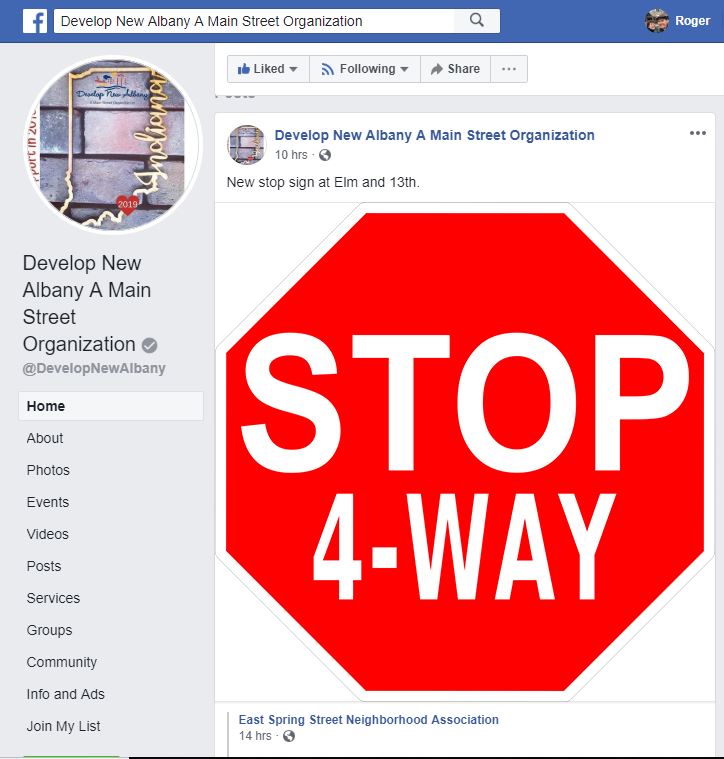 Does this mean the forever variably apolitical Develop New Albany is endorsing candidate Phipps? Let’s follow the Facebook sharing protocol of the presumed non-profits. First, from DNA back to ESNA.

Then ESNA to the source. 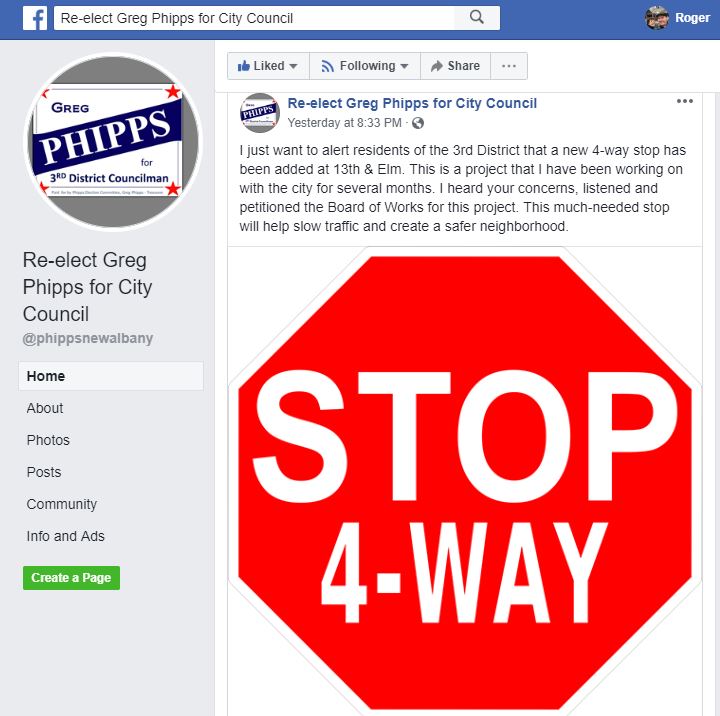 It’s an election year, and candidate Phipps says he has been “working with the city for several months,” as back-room and non-transparently as always, to get a 4-way stop at Elm and 13th.

Fair enough; it’s been needed not for months, but for YEARS. After almost eight years of rubber-stamping City Hall expenditures, it’s always good to achieve something.

So, ignoring the pertinent question of why Phipps took so long to work behind the scenes, and why his cherished overlord the mayor took so long to give his “superstar” BOW mentor Warren the okay to release this intersection just in time to become a nice pre-primary poll-boost, there’s an absolutely positive aspect to all this electioneering.

All of which Phipps never questioned until his passive acquiescence to Gahan’s hack job on Speck’s plan produced tepid two-way street grid results.

But hear me out; this 4-way at Elm and 13th is genuinely important.

Finally a 4-way precedent has been set, so let’s hope future action to #slowthecars might someday occur when it ISN’T an election year.