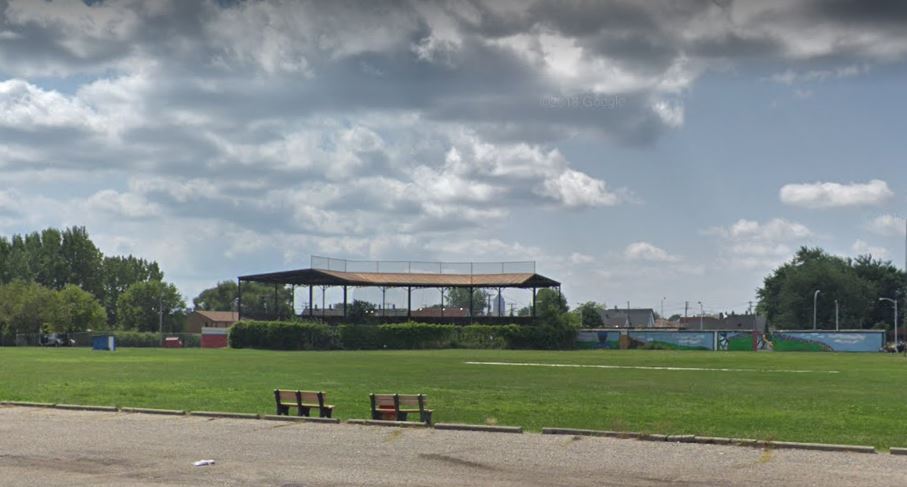 Ever since the old baseball parks began coming down in the 1960s and 1970s, even when I was very young and knew little about the world, I’ve been wondering why the notion of historic preservation didn’t extend to them, too. Shouldn’t Wrigley Field and Fenway Park be National Historic Parks?

An effort to restore one of the last remaining Negro League ballparks uncovers a hidden history of America’s pastime.

Only a few are left.

Negro League ballparks were a vibrant centerpiece of African-American life in the early 20th century, when black people were banished from the major leagues. Their venues read like a map of the Great Migration: at one end, places like Jacksonville, Atlanta, and Hot Springs, Arkansas; at the other, Pittsburgh, St. Louis, and Cleveland.

It’s taken more than a century, but the historic-preservation movement is finally reaching this neglected part of the cultural landscape. And it’s about time: By one measure, only five still stand.

They include Hamtramck Stadium, where the Detroit Stars played. After sitting as essentially a vacant lot for two decades, it’s gotten a big restoration push recently from local champions of baseball history, family members of a former star player, and also, of all people, Jack White. The rescue campaign interrupts the pattern of preservation tending to favor the structures built by dominant wealthy white people, a pattern that presents a distorted view of the past.

The field and remaining wooden grandstand are in Veterans Memorial Park in Hamtramck, Michigan—a small, dense, and famously diverse community that is bordered on almost all four sides by Detroit. As the home field of the Stars, many of the league’s shining lights played here, including Satchel Page and Josh Gibson. Turkey Stearnes, the Stars’ center fielder and an intimidating left-handed batter, is one of the best to ever play the game. Altogether, 18 people who played at Hamtramck Stadium are in the Baseball Hall of Fame, including Stearnes …

The good news is that our local contingent of historic preservationists was ahead of the curve as it pertained to saving African-American history; the restored Division Street school is something we all can be proud was restored.

The bad news is that especially since last year’s Reisz Mahal shenanigans, these same preservationists have allowed their leadership to over-reach, binding them to the specific political aspirations of a power-hungry dullard of a mayor. It’s too bad, but at least we have the chance to fix it — by firing the mayor.

What are the other “black-history sites” in New Albany?

Some might say the Hartman House on State, currently being remodeled as part of the Reisz Mahal fix; after all, the house was a black-owned funeral parlor for decades until relatively recently. This one is complicated, though, as the original owner Mr. Hartman was a German immigrant, albeit uncharacteristically helpful to the African-American community.

Balance in the cultural landscape? I’m for it.

… Brent Leggs is the director of the African American Cultural Heritage Action Fund, a campaign launched in November 2017 in the wake of violent unrest in Charlottesville, Virginia. The plan: to help preserve 150 black-history sites, and in doing so, to bring balance and depth to how the American story is told in our cultural landscape.

By preserving the tangible evidence of the past, Leggs says, “we allow the public an opportunity to interact and engage with these complex and rich stories in American history.”

Even as the preservation movement in recent years has been working to be more inclusive, he says, traditionally, preservationists have favored the structures associated with wealth and whiteness: the homes of famous industrialists, say, and former presidents. Leggs cites numbers that, in his view, underscore the significant gaps in resources to preserve these places: In the last 15 months, the fund received 1,000-plus proposals from nearly every state, requesting a total of $140 million dollars. “That affirms that African-American historic places are underfunded and undervalued,” he says.

Hamtramck Stadium was built on a former lumberyard …