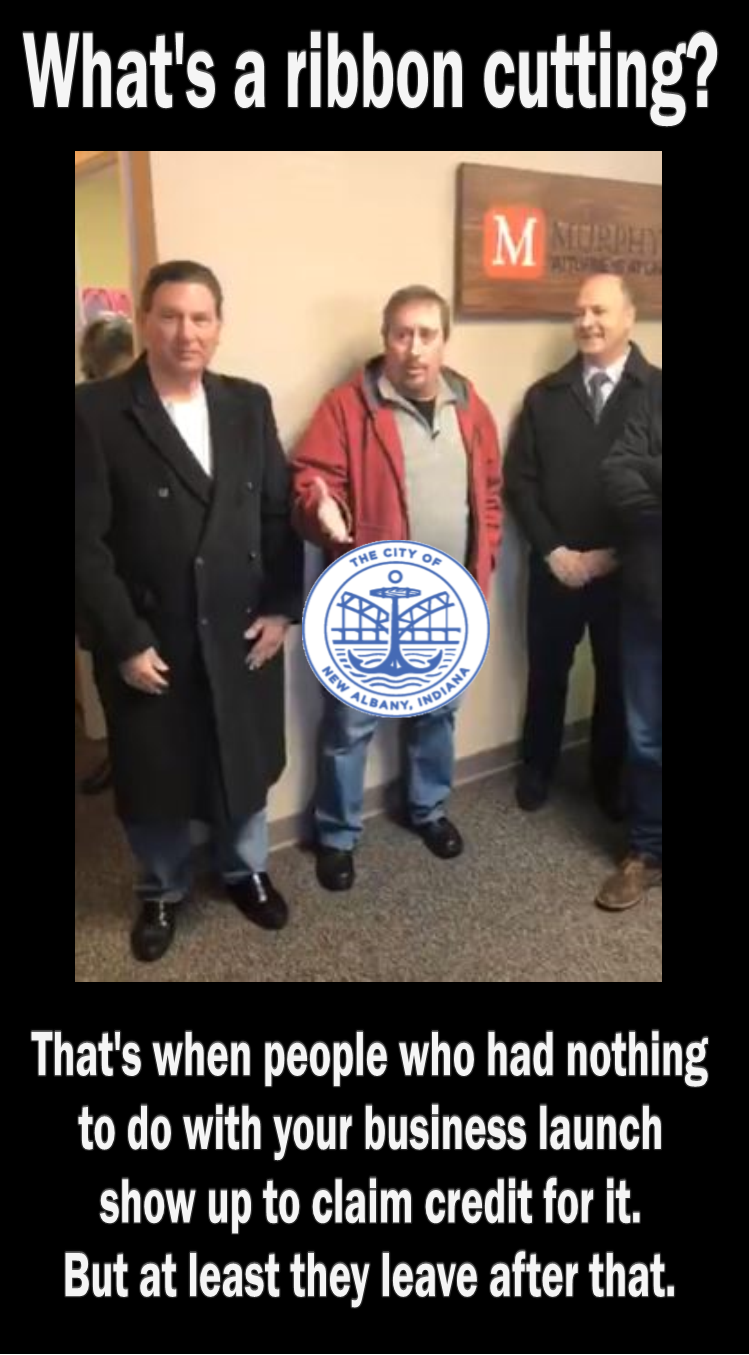 I’m so old I can remember all the way back to January of 2017, when Bob Caesar and Pat McLaughlin merrily conspired with Mayor Jeff Gahan to produce then-council counsel Matt Lorch’s head on a platter for the approbation of swing voter Dan Coffey.

It’s perfectly clear that the wheels are coming off what remains of the Floyd County Democratic Party. If we were to send a drone aloft to gaze at the respective checking accounts of local Democrats and Gahan’s political action committee, we’d find a huge disparity. The mayor is hugely flush, and Dickey’s oxcart tapped dry (ethically as well as financially).

Gahan surely is dictating Lorch decapitation terms. Dickey has no choice, and no backbone even if he did. Coffey gets back on the train, and Phipps isn’t even bothered to rehearse his increasingly trite Hamlet routine. Caesar and McLaughlin both want to be mayor. Blair continues to be cast out by both parties, and a Republican likely will win the next mayoral contest in any event.

Do you have an alternative scenario? Let me know. The entertainment won’t last forever, and it helps take our minds off the next Democratic central committee meeting:

Most folks who value a semblance of basic human decency would like to believe that Caesar’s, McLaughlin’s and Gahan’s glad-handing appearance yesterday at the ribbon cutting for Lorch’s law office had something to do with penance for their lingering guilt over the way they humiliated Lorch two years ago.

But that’s not it. Rather, an election season is upon us, and Develop New Albany remains eager as ever to (a) claim responsibility for matters touching the arm-of-city-organization not one jot, and (b) to provide as many photo-ops as possible for the big fish inhabiting our small local pond, thus enabling yesterday’s ludicrous scene.

On second thought, now I’m the one feeling guilty — about comparing New Albany to the Balkans. That’s plainly an insult to the Balkans, and I apologize profusely.

From a shiny new elevator to a border-crossing toilet, Balkan politicians rarely pass up the chance to cut a red ribbon

In the Balkans, good news can sometimes be hard to find.

So why wouldn’t a deputy prime minister cut the ribbon at the unveiling of a toilet, or a cabinet minister christen an elevator?

They did, and they are not alone. The past few years have seen politicians in the Balkans plumb new depths in their search for a decent photo-op and a chance to take credit for the state’s largesse …