As ever devoted to surface sheen rather than internal competence, Team Gahan’s newest innovation for the New Albany Housing Authority calls for the “executive” director — appointed to his position by Mayor Gahan following the latter’s hostile takeover of NAHA — to conduct conflagrationside video chats each Monday.

Are you feeling the love? By the way, here’s the bottom line for a functionary who came to his new job without qualifications.

Deaf Gahan takes care of his own, doesn’t he? Others aren’t always so fortunate. 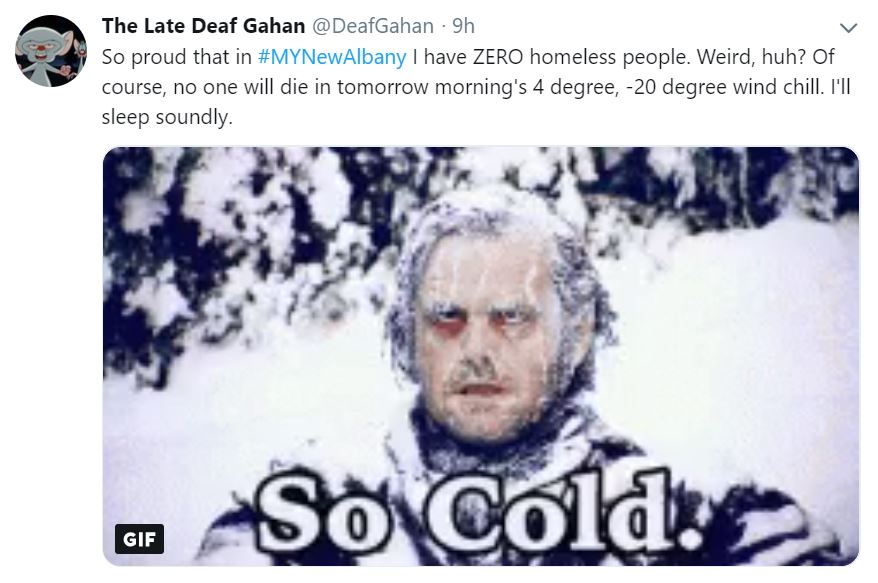