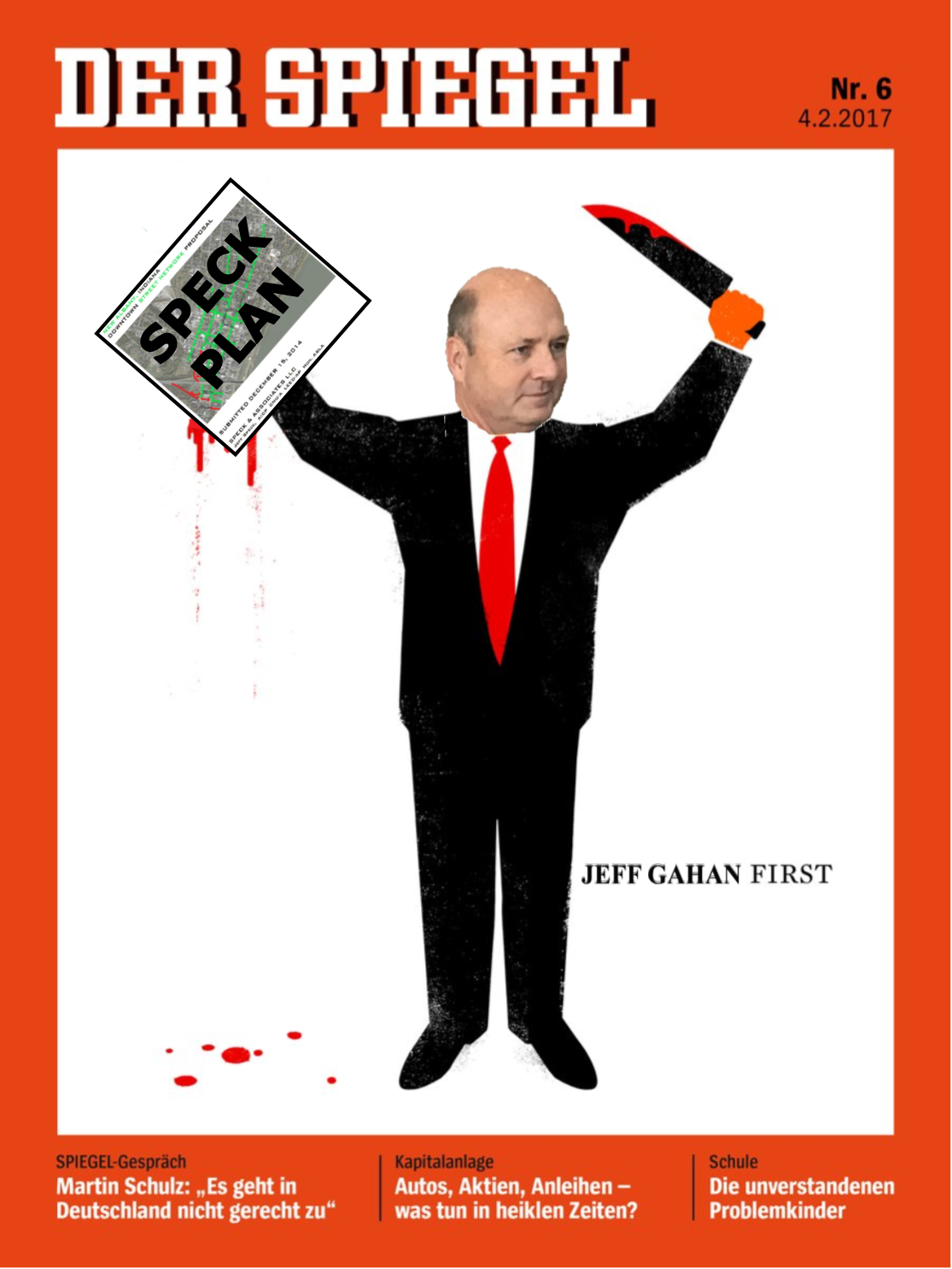 Just think about all those times when the bored of works enumerated the many splendid reasons why they couldn’t (wouldn’t) help make our streets safe.

Just think about city engineer Summers’ passive-aggressive protests — but traffic flow, but INDOT, but whatever else springs to an obstructionist’s mind.

Just think if the latter constituted Jeff Gahan’s instructions to pliant campaign donors like HWC Engineering, rather than deploying them to defend the car-centric status quo.

America’s Most Dangerous Roads for Pedestrians, by Laura Bliss (CityLab)

In the U.S., pedestrian fatalities have climbed 35 percent since 2008. And federal traffic safety regulators aren’t at work, thanks to the government shutdown.

The status quo in American road design is claiming more and more lives, according to some transportation safety advocates. The 2019 edition of Dangerous by Design, a recurring report by Smart Growth America and the National Complete Streets Coalition, finds that the number of people struck and killed while walking has grown a startling 35 percent since 2008.

There are multiple factors behind this, but the report emphasizes one in particular: overly wide arterials that give too much space to cars and too little to humans. High-speed, multi-lane avenues that underpin sprawling urban growth, as opposed to slower, narrower streets that support walkable neighborhoods, are “consistently linked … to higher rates of both traffic-related deaths for people walking and traffic-related deaths overall,” it states.

The geography of greatest danger gives some weight to that conclusion. The Sun Belt states of Florida, Alabama, Louisiana, South Carolina, Texas, and others are home to some of the country’s most spread-out metro areas. And they are among the states with the highest “pedestrian death index,” which measures how deadly it is for people to walk there. The report calculates this metric based on fatality numbers, controlling for population and how many people walk to work, for the years between 2008 and 2017.

By those counts, Florida is by far the most perilous place to walk in America, with a significantly higher state-wide PDI than Alabama, the second-highest state. Eight of the top 10 most dangerous metropolitan areas landed in the Sunshine State. “It sticks out like a sore thumb,” Emiko Atherton, the director of the National Complete Streets Coalition at Smart Growth America, said on a Tuesday conference call. Atherton emphasized Florida’s automobile-oriented development history, combined with its many population centers, as a primary cause for its unusually lethal numbers.

Billy Hattaway, the director of transportation for the city of Orlando, pointed to state and local efforts to enact “Complete Streets” policies in Florida, whereby roads are explicitly designed to protect pedestrians and cyclists with wider sidewalks, bike lanes, and safer crossing areas. It will take years to see these practices become widespread, Hattaway acknowledged. “In time, we’re hoping to see some improvements,” he said.

But the shape of roads and highways alone can’t explain the growing safety risk of walking in America, which has been noted in many other surveys and contexts. Rising vehicle-miles traveled and low gas prices in the post-recession years has been linked to the rising tide of car crashes and pedestrian fatalities. Some researchers has pointed to the popularity of ride-hailing as another explanation for more vehicular mayhem on the streets. Plenty of safety advocates and planners have laid the blame on personal technology. “The thing that has changed is the smartphone revolution,” Mighk Wilson, a transportation planner for Florida’s Orange, Seminole, and Osceola counties, told the Orlando Sentinel last year.

Less publicized, but of great importance, is the kind of vehicle that more drivers are choosing to drive. Nationally, more Americans can be found behind the wheels of ever-more-massive pickup trucks and SUVs—huge, heavy machines that tower over smaller road users …