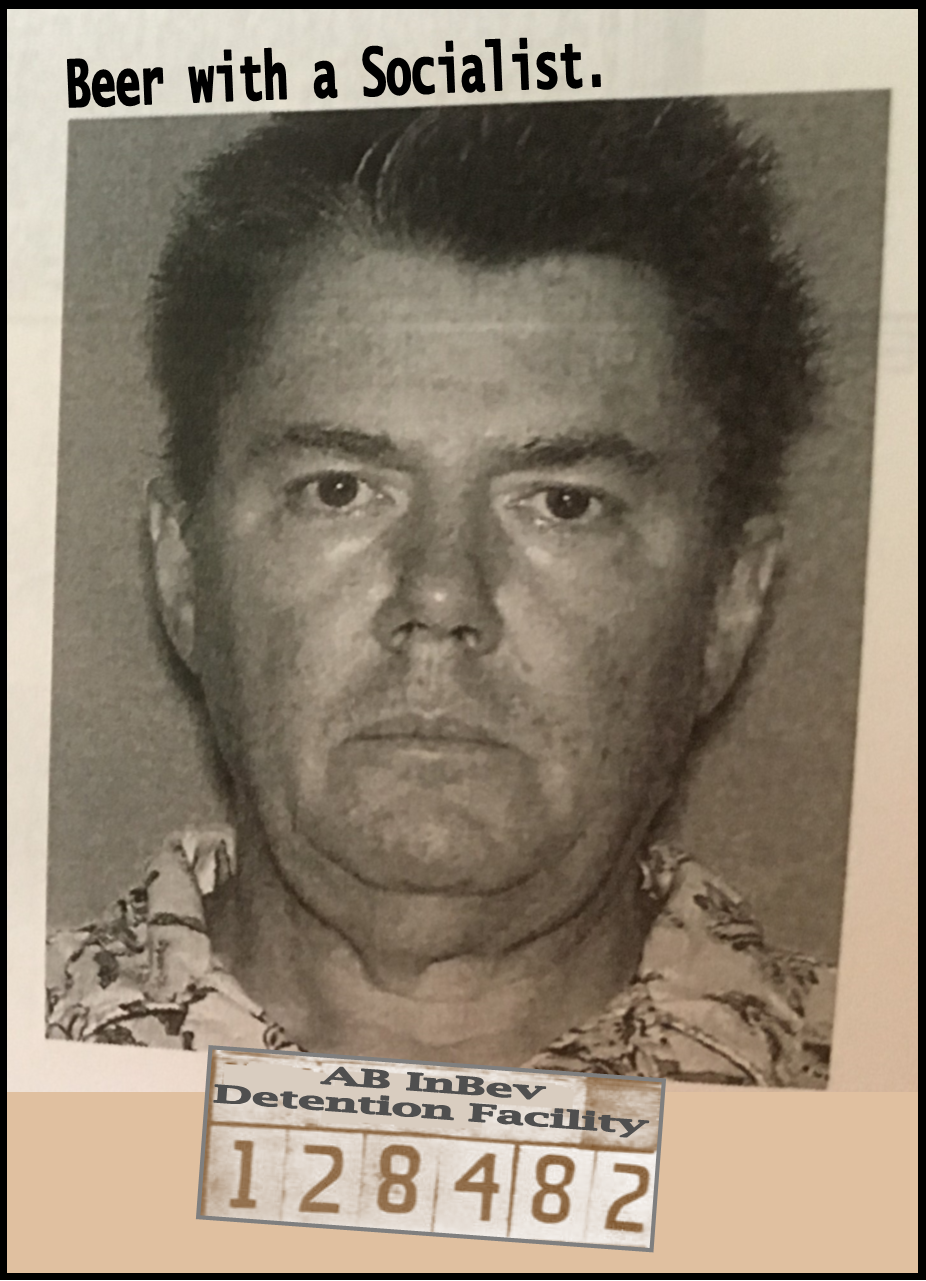 This one’s been getting lots of social media play, and justifiably so. Much discussion has followed.


IS CRAFT BEER BURNING OUT? by Darren (The Burnt Out Beer Guy)

There was a time, not all that long ago, when a group of US brewers got together and vowed to reclaim beer from big business by making them with integrity and passion once again.

Thanks in large part to those early pioneers we are now able to sit around in craft beer bars App-drinking a seemingly endless deluge of quirky brews from around the world.

And that’s the problem. Because of their relentless drive to recreate beer craft brewers have inadvertently spawned a consumer culture where beer doesn’t necessarily need to be great anymore.

It just needs to be new.

Pints&union opened on August 1, and six months later I feel the beer program finally is getting dialed in.

PINTS & UNION PORTFOLIO: It’s my State of the Beer address for 2019.

Here’s something I wrote on February 8, 2018. The roots of my contrarian rumblings go back even further, to the winter of 2014-15 if not before. My goal has remained consistent: maintain an island of stability amid a sea of churning kaleidoscopes. So far, it’s working — thanks, Joe Phillips.

I’ve peddled this Vladimir Ilyich Lenin (1870-1924) anecdote for years. It’s my very favorite USSR-era Russian joke, and reflects the state of my consciousness as the year 2014 drew to a close.

Lenin springs back to life, dusts off, and looks around the room. Asked by the scientists if they can get him anything, Lenin requests access to his office in the Kremlin and all the back issues of Pravda since he died. Fawningly the scientists comply, and Lenin shuts himself in the office.

Day after day passes by, and while the scientists are terrified to bother Lenin, they eventually begin to worry. Finally they decide to break down the door. Inside Lenin’s office they find issues of the newspaper strewn everywhere, but no Lenin.

On the desk he has left a note:

“Comrades, everything’s gone to hell in a hand basket, so I’m off to start the revolution all over again.”

In the spirit of reincarnation, I say to you: If Sour Passion Fruit Bock IPA is your idea of beer-drinking progress, by all means deplete the inventory at your friendly neighborhood package store.

I’ll even help you carry the boxes to your car. With luck, there’ll be more space on the shelf for a relaxing Best Bitter.

Or maybe a White Pastry Stout is more to your taste – one brewed with spices used by the Inuit to cure whale blubber jerky, then pushed through a Randall filled with salty pebbles from the Yucatan?

Go for it … but you can count me out.

It isn’t that I won’t ever again experience the pleasure of drinking beers from an ever-widening selection of “craft” brewing’s avant-garde, the genre’s cutting, leading and bleeding edge. I surely will, periodically, in a defined context. I’ll find it very enjoyable, now and then.

The simple fact of the matter is that I’m no longer interested in daily games of chance. Roulette belongs in a casino. I’d rather sit peacefully, take my time, and get to know a few wonderful beers better from the inside out.

Verily, I accept my share of the credit, blame or responsibility for the spasmodic new beer world we inhabit, which is many miles wide and depressingly scant millimeters deep. If you’re collecting beer pelts on Untappd, that’s just fine by me. Carry on, please. I’m genuinely happy that you’re happy.

Your white whales are waiting. I’ll be over here in the corner, sipping a Pilsner.

I’ve always been a history buff, and what interests me these days are the world’s greatest beer styles, from the 1300s through the 1900s. The 2000s were choppy waters for me, and so I’m electing to backshift into antiquity.

During my first year away from NABC, my consciousness was as far removed from the beer world as it has been since high school. In truth, I was exhausted, disgusted and burned out. Being chewed up and spit out can be bruising to both body and ego. The only thing I knew for sure was that it would take time. I had to wait and see if beer still gripped me.

By 2016, simpler beer pleasures began to creep back into view, and it started to occur to me that if frenetic bi-polar beer-ticity was the new normal, the only conceivable possibility for sense and sensibility was counter-revolution – a throwback, a rediscovery, and a fresh appreciation for what brought me to beer in the first place.

To repeat, this isn’t to construe that I’ve become an advocate of creative repression. There are 6,000 American breweries producing tens of thousands of beers, and I wish all of them the very best. When traveling, I’ll look up some of them. When I read articles like this one, it restores my faith in the scene we all helped conjure.

No, it isn’t that I’m sick of beer diversity.

What appalls me is beer ignorance, beer selfie narcissism and beer management practices. They’ve become an artery-hardening orthodoxy, and as such, orthodoxy mired in mud up to the axles deserves questions, answers, revision and outright rebellion, if necessary.

I’ve had enough of venues with 20 beers on tap, the inevitable majority of them IPAs, with the remainder Imperial-this, barrel-aged-that, most of universally high gravity. I’m driven to utter distraction when returning to the same venue two weeks later, only to find that 18 of them have changed, with a whole new crop of “what do you have that’s new,” which might actually mean something if there was an outside chance that the best of the new beers would reappear in less than a year.

But wading through the chaos, I seldom can find much of interest at 4.5% abv save for the occasional Session IPA … and don’t even get me started on those.

This wonderful new kaleidoscopic-tap-swap-list-orthodoxy purports to please millennials, and maybe it actually does (even if I have my doubts), but the bucking-and-gyrating-attention-deficit-hamster-wheel approach sure as hell isn’t pleasing to all of us, judging by the comments I read and hear.

And this constitutes the opening of a market niche for comfort beer, one I personally support, and a gap primed for filling. Hence the advent of Pints & Union, later this year. Joe Phillips and I are seeking to recapture the old school with our pub, with a few progressive twists.

The beer program is my rebellious idea, and that’s why I’m here today to explain.

Way back during the evolution of the Public House, there were four basic rules governing my beer advancement program.

Let’s begin with the latter.

As we’ve seen, there are hundreds of beers available to fill limited taps and occupy scant shelf space. Consumer demand plays its role, but the ultimate filter still must be wielded by the bar manager or beer buyer.

It’s all about actively teaching customers what they want even if they don’t realize it yet, and as for knowing stories and styles, an aptitude for entertainment and education is what separates professionals from novices. You simply cannot teach without first mastering the syllabus.

To be honest, I don’t care how much a customer thinks he or she knows following a quick electronic glance at the empty mental calories on Thrillist. Remember: miles wide, millimeters deep. The customer might yet be right, though not until I’m finished framing the options. No single person can know everything, but it is the obligation of all involved in the sale of better beer to possess an ability to explain and conceptualize.

Knowledge remains the bare minimum requirement. It’s a value-added proposition. The more one knows, and can impart with clarity, the greater the chance of a satisfied return customer who tips well – and learns something.

Those are the basics, although at times I fear the art has been lost. Consequently, I sandbag quite a lot nowadays. Before ordering, I ask questions about beer to servers and bartenders. Sometimes their answers are coherent, other times not.

I’ve been known to cringe when listening to the panoply of “beer facts” as dispersed by staffers. I try to stay quiet and groan out of earshot, because I’m not the one signing their checks.

Food and drink lend themselves to constant reinvention, and yet it cannot be denied that there are eternal, renewable “classics” amid the bedlam. Clichés become such precisely because they contain an element of truth, and certain aspects of the human experience stand the test of time, whether an umbrella, mouse trap or a lovely, satisfying De Koninck.

In summary, for several years my troublesome contrarian instincts have been telling me that the beer climate is ripe for a principled, thoughtful return to founding values, emblemized by a relatively small, mostly fixed list of classic beers on draft, and in bottles and cans, to be accompanied by some hearty old-fashioned beer education, which seems to have been tossed aside in the era of cyber “craft” fandom.

Now I understand that “presenting” and interpreting beers brewed by others always was my main skill. This is especially true as it pertains to beers from Europe. I’ve been a Europhile since college, and European styles from the British Isles, Belgium and Germany have been neglected for a long time.

So have the original standards from America’s first wave of “micros” – from Sierra Nevada Pale Ale to Rogue Shakespeare Stout, and so many others. They’ve been pushed aside amid a heated rush to win badges and amass ratings, but I think there’s far more to it than this, something that might even be spiritual.

I’m with him, and this is how Pints & Union is going to be as it pertains to beer. Now we just have to finish building the damn pub.