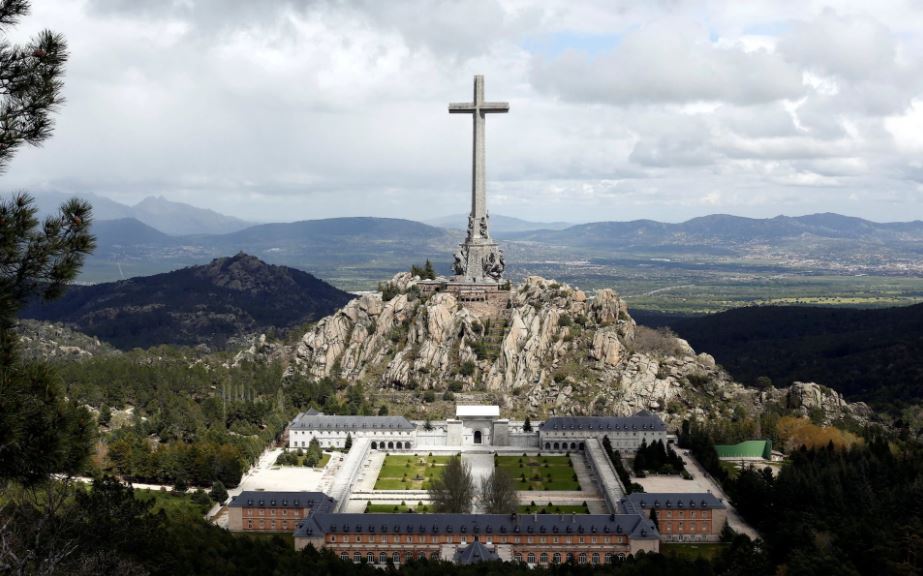 There was a period in the 1990s when I visited Spain every second year for the purpose of watching runners with bulls and drinking deeply of the festival called San Fermin.

It’s in Pamplona, in the Basque region by the Pyrenees, next to France. Spain is big, and the feel of a place like Pamplona is very different from Seville or Santiago de Compostela.

In preparation for these journeys, I read a lot, and to have studied the 20th-century history of Spain is to be overwhelmed by the cruelty and violence of the Spanish Civil War in the 1930s.

Perhaps it was inevitable, but the destruction was heightened immeasurably by the participation of Germany, Italy and the USSR, in effect using Spain as a testing ground for weapons and tactics soon to be featured in the Second World War.

In the Spanish Civil War, the “right” — fascists, conservatives, reactionaries; take your pick — came out on top. Generalissimo Francisco Franco became dictator, and while Hitler and Mussolini were Franco’s kind of folks, he had the good sense to keep Spain neutral during the continental conflict. Life marginally improved in Spain in the post-war era, if by “improvement” one restricts his gaze to economics alone.

Franco lived long enough to become one of Chevy Chase’s first great topical jokes during the debut season of Saturday Night Live. When the dictator died without a successor or any coherent governing ideal apart from his own respiratory system, Spain morphed into a constitutional monarchy, a process that proved remarkable smooth in the main.

In order to do so, history was compromised, and this article explains how and why. In these currently turbulent times, the ghosts are returning and becoming clamorous. This should come as no surprise, because ghosts are like that.

Why Spain had to overlook its painful history, by Charlemagne (The Economist)

Its transition to democracy ignored the demands of justice. That is why it succeeded

Amid the cypresses and palms that adorn the small municipal cemetery of Paterna on the outskirts of Valencia a blue and white tarpaulin protects a two-metre deep hole from autumn rain. It is one of many unmarked mass graves scattered among the flower-decked tombs. That morning Alejandro Vila, an archaeologist, and his team exhumed a skeleton from the hole, the 266th since they began work at the cemetery in March. In an adjoining office, the bones of each are carefully arranged on a tray and a dna sample taken for matching with that of surviving relatives.

Valencia was the last bastion of the doomed Republic during the Spanish civil war of 1936-39. After their military triumph, General Francisco Franco’s Nationalist forces unleashed a reign of terror. At Paterna alone, some 2,000 civilians were summarily shot and their bodies dumped. Many of the relatives—mainly grandchildren now—take a close interest. “There was a long night of silence,” says Mr Vila. “They feel a burden removed.”

On December 6th Spain will commemorate the 40th anniversary of the democratic constitution that followed Franco’s death. In this period, the country has changed out of all recognition. It is more than twice as rich, socially tolerant and a vibrant democracy fully integrated into Europe. But its dark past still occasionally tugs at the present. “The tragic thing is that we went from dictatorship to a democracy with no reparations [for the victims],” says Rosa Pérez, a left-wing representative in Valencia’s provincial parliament who has promoted the Paterna exhumations.

That was because of the circumstances of the transition to democracy. Unlike Hitler or Mussolini, to whom he is often compared, Franco was a winner who died in his bed. Nasty though it was, his regime eventually presided over Spain’s economic development and the creation of a middle class. When he died in 1975, there was no rupture, as with the contemporaneous demise of dictatorships in Portugal or Greece. The transition was negotiated between reformers in the regime and moderates in the opposition, pushed along from above by King Juan Carlos, and from below by popular pressure. Conventional wisdom holds that it involved an enduring “pact of forgetting” about the civil war and the dictatorship, and that this was a bad thing.

Both halves of that statement are questionable. Rather than a “pact of forgetting” there was a sweeping amnesty (a long-standing demand of both Socialists and Communists) and a tacit political consensus not to use the past as a partisan political weapon in the present. There were two reasons for that. Unlike Portugal or Greece (or indeed Nazi Germany), Spain suffered a civil war. Because Germany, Italy and the Soviet Union all intervened, and because it proved to be a dress rehearsal for the second world war, the civil war was often portrayed as a purely anti-fascist or purely anti-communist struggle between good and bad.

In fact, although Fascists played a part in Franco’s regime at the outset, its defining character was a Catholic, nationalist and military authoritarianism, as Santos Juliá, a historian, explains. By the 1960s Spaniards had come to view the war as a fratricidal catastrophe in which both sides committed atrocities (though Franco, the victor, committed more). The transition involved “a consensus of ‘never again a civil war’, not a pact of forgetting”, as Enrique Moradiellos, a younger historian, says. Indeed, Spanish society has “remembered” copiously, in a flood of publications and commemorations. The other reason is that the transition involved a political bargain in which the regime accepted democracy in return for no reprisals. That outcome was favourable to the opposition. There was nothing inevitable about it: largely thanks to eta, the Basque terrorist group, and franquista diehards in the army the Spanish transition saw more violence than others in southern Europe. It could easily have been reversed, at least temporarily.

In giving priority to peace and democracy rather than holding the past to account, Spain flouted the demands of what is now called transitional justice. This sees a failure to confront the past, through trials and/or a “truth commission”, as denying the rights of victims and as inimical to consolidating the rule of law and democratic values. Its handmaiden is a cult of “historical memory”, which is at best an oxymoron (memory is subjective and personal) and at worst a pretext for rewriting history.

Time for a reckoning?

These views have gained ground in Spain among the civil war’s grandchildren, in part justifiably so. A law of 2007 required the state to support relatives’ searches for disappeared bodies and the removal of public monuments to the dictatorship. Pedro Sánchez, a Socialist who became prime minister in June, has issued a decree to remove Franco’s remains from the Valley of the Fallen, the grandiose monument that he erected to his victory in the mountains outside Madrid. It is proving complicated: the dictator’s descendants want to rebury him in a family tomb in the crypt of Madrid’s cathedral, in the heart of the capital. The government is now searching for ways to insist on a more obscure resting place.

For a democracy to honour a dictator in a public monument is indeed an aberration. Franco’s exhumation commands widespread support. So does the demand to recover the missing bodies. Some want to go further. Ms Pérez in Valencia favours legal cases against police who tortured in Franco’s later years. Others want a truth commission into the civil war and the dictatorship.

An “official truth” is neither possible nor desirable, retorts José Álvarez Junco, another historian. Rather than undo the transition, Spain needs to find a way to honour all its dead and to teach its children the lessons of its history. Transitional justice has much to commend it. But it should not become a categorical imperative that prevents the greater good of the establishment of democracies that respect human rights. That applies to the Spain of the 1970s, and to many other troubled places around the world today.