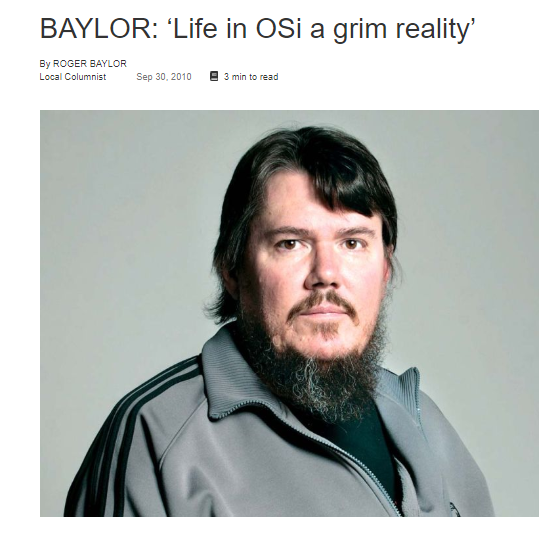 No sooner than I’d finished a tweet about the newspaper’s unvarying roster of older white male guest columnists than I started laughing from the belly up, because once upon a time I was one of them.

In fact, today is the 10th anniversary of my announcement in this space, which is reprinted below. My first column in the now defunct New Albany Tribune appeared in January, 2009.

From the very beginning, I referred to it as “Beer Money,” followed by the title of the specific piece. Regrettably, the newspaper never found the humor in these words. “Beer Money” was Bluegill’s suggestion, one made after I griped about the pay scale, and he observed that it still was enough pocket change to buy beer.

My gig as a columnist lasted until early 2011. When I filed to run for city council at-large, the column was put on hiatus; Kozarovich made it clear that if I lost, the column would return, and I did, but it didn’t.

In the interim, the Tribune’s merger with the Evening News had occurred. Kozarovich departed, and the new management wasn’t entirely honest with me in terms of future writing prospects, but that’s an instance of water under the proverbial bridge. Still, while few in number, my grudges are carefully crafted to last decades.

What the declining newspaper needs at present is a more diverse roster of columnists. It doesn’t need any more old white guys like me. We need black, Hispanic, LGBTQIA+ and youthful voices. I don’t expect innovation to happen, because upper management at the newspaper is milquetoast, direly committed to the flavorless pablum of low common denominators.

They play a prevent defense when what’s needed is a full-court press. Me thinks I’ll stay right where I am, giving the pot an occasional stir and doing what the merged newspaper can’t … or won’t.

The column will be of general interest, including beer, travel, local events, and plenty of atheistic, progressive, left-wing rabble rousing. It seems the advent of Barack Obama is the perfect time to torment the local yokels in such a fashion. If there aren’t periodic letters of outrage emanating from Greenville and Dewey Heights, then I’ll not have been doing my job.

I’ve been writing as much as possible lately, both here and at my other blogs. Part of the reason is the possibility of the column assignment. It’s like going into training and building up seldom-used muscles for the task ahead, and similar to spending a year learning to communicate with bankers and others whose dialects are unfamiliar.

After all, there’s still a brewery to build. More on that later in the week.

To know me well is to know that the art of communicating through the written word is dear to my heart, and throughout my life, the ability to write has constituted perhaps my most fundamental link to the world outside my consciousness.

There have been written successes and disappointments along the way, but the compulsion has become far clearer to me this past year, as I’ve actively engaged my upbringing and can see now that my commitment to education and knowledge was a reaction to a blue-collar father whose ability to express emotion was limited primarily to anger and annoyance. My way of rebelling was to become good at the things he wasn’t (writing is one) while remaining true to the indignation.

I laughed while writing that, by the way. Like my father before me, expressing irritation has never been a problem for me.

During what has amounted to a professional career in beer, I may have become infamous in other fields, yet writing remains the prime defense mechanisms of choice, and a means of articulating and explaining myself when the spoken word fails.

And, while there has been a love-hate relationship with myself and the newspaper these many years, I can state without hesitation that had the Tribune not improved recently, I wouldn’t even consider doing this.

Wish me luck. More importantly, wish me improved work habits. I’m going to need them. When the columns begin flowing, I’ll come up with a way to link or reprint them here or elsewhere. Also note that your ideas are appreciated. Ideas hatched here are fair game for exploration and improvisation at newspaper column length.

It’s going to be fun.