Thanks for reading NA Confidential, where we enjoy reconnoitering the neglected periphery for uniquely local perspectives on life in New Albany. November’s list of most-viewed posts requires an explanation.

At the end of October, users of the Blogger platform started reporting a sudden drop in blog traffic. Blogger emitted its usual “we’re investigating” noises, but perhaps the best explanation I’ve seen follows.

The reason why I know it’s the best? Because I don’t understand a single word. If you do, can you provide a translation?

The recent change to “HTTPS” has affected a few blogs. With your blog being accessed using “HTTPS”, it has to be re indexed by the search engines.

While it’s being re indexed, its search reputation is lower, and you see less search related traffic. You’re not the only person experiencing the pain. I check my blog daily – and see disappointment 6 days out of 7 / week.

You’re going to have to do this some time – as will every other blog owner. Everybody will experience this pain – either now, or later. Don’t look for the option to publish “HTTP” much longer. Sometime soon, “HTTPS” won’t be optional.

The November most-viewed list begins with ten “honorable mention” posts, before concluding with the Top Ten, escalating to No. 1. This month, the statistics are derived from an informal survey of Facebook numbers, which roughly correlate with the skewed Google readings. In short, this looks about right, and this time I’m ranking them by number.

Following the money: HWC Engineering made city streets even safer for speeding cars. Now the company will oversee the Reisz Mahal. Can campaign donations be far behind?

It appears that municipal corporate attorney and chief sluice greaser Gibson was misquoted.

WAS: “They (HWC) will make sure what we bought is what we will get.”

CORRECTED: “They (HWC) will make sure a percentage of what the city bought lands in the mayor’s campaign finance account.”

Junk? Big Wally makes it go away, just like David Copperfield. The result is angioplasty for our garage.

Accept no substitutes: Big Wally is THE MAN. Two years of collected junk from basement, home and garage, all gone in an hour. All I did is blow out the dust.

“Meet the Fatbergs: Digging into the science of three cities’ sewer-clogging blobs.” 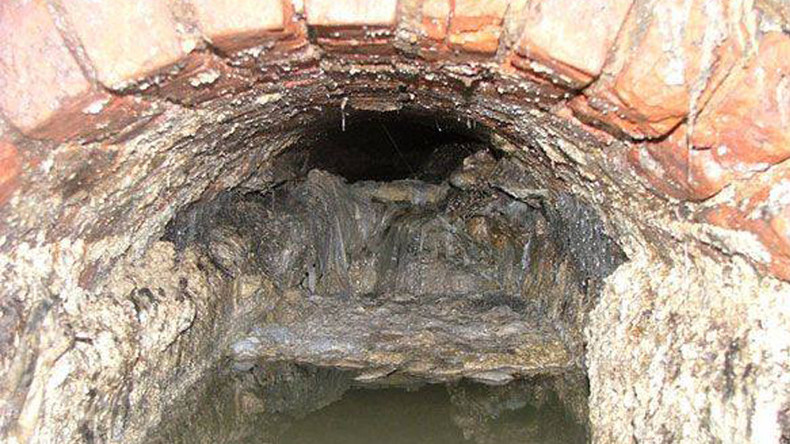 Come what may, I gotta be me.

During our time in Gdansk, the Confidentials spent much time talking about current events, whether they pertain to the planet, our country, this city or ourselves. Our inescapable conclusion is one of transition. Old realities always yield to new ones, but it seems the process is particularly acute at the moment. Maybe it’s always been.

I’ve spent much time lately agonizing publicly about where this blog has been, and where it’s going. There’s no need to revisit these ruminations, apart from saying there’s a tightrope I’ve been walking; where it leads is anyone’s guess, and all I know for sure is I can’t go backward.

Flight documentaries: An indispensable documentary about Mick Ronson, the under-appreciated guitarist and arranger for David Bowie.

I readily concede to being only a lukewarm aficionado of David Bowie, but an addiction to music magazines during the early 1970s has assured my lasting familiarity (and belated listening) with Bowie, Mick Ronson, the Spiders from Mars, Mott the Hoople, T. Rex, and the other “glam” period British acts that so influenced personal fave, Def Leppard.

Let’s hope the officer in question, whose inadvertent honesty is appreciated in dissident circles, isn’t cashiered. We’re already short on police man (and woman) staffing, aren’t we? It’s a shame available officers are used at speed traps when properly implemented street design might have turned the trick.

“Several cities across the country have begun implementing alternative parking management strategies to ensure more convenient curbside on-street parking through better pricing. A Parking Benefit District (PBD) is an emerging strategy that uses better pricing to reduce the negative effects of parking and reinvests the increased revenue into improving the area streets and sidewalks.”

ON THE AVENUES: A few thanks to give before we return to our regular anti-anchor resistance programming.

Legacies needn’t depend on wealth. They’re about doing what you can, while you can, as best you can, and producing a body of work impervious to calculations of interest, percentages and historical revisionism. Twenty years on, if someone smiles because they recall good times at the pub, then it’s the best return on my time and investment.

It’s the design, stupid: Months too late, but now the city will deploy speed radar detector signs on Spring Street, so as to collect information fundamentally flawed by the mere presence of the detectors.

Back down here in the flood plain, City Hall’s two-way grid design changed nothing apart from direction; the new street design continues to produce traffic speeds that are unsafe — people actually die from it and not a soul employed by the city will address this fact — and now we erect speed radar detector signs as some sort of compensation, presumably in the hope that the sight of these detectors will itself reduce speeds enough to declare victory … or give another contract to HWC.

I’ll repeat again: every bit of this is perfectly obvious to anyone who spends 15 minutes on foot or riding a bicycle in the vicinity of Spring Street. And yet something this simple continues to elude the professional monetization class in this city.

As it turns out, one of FC Bayern’s players is 29-year-old Braydon Hobbs, a New Albanian basketballer made good, who enjoyed outstanding careers at New Albany High School and Bellarmine University before heading overseas in 2012 to begin playing pro ball.

No blue wave, but white flags aplenty as the GOP dominates Floyd County in mid-term elections. Time yet for heads to roll?

Dickey has presided over an escalating series of electoral disasters, and no human should be automatically gifted with ongoing tenure based on failure. Undoubtedly Dickey’s resignation would be refused, because the party seems to believe it possesses no other subalterns capable of stepping into his shoes. However, we all might be surprised. They’re actually there, just overshadowed by Dickey’s staggering ineptitude.

The Urbanophile nails it: “Louisville Bridges Project Is the Biggest Transportation Boondoggle of the 21st Century.”

“The end result was even worse than I anticipated. The project has proven to be a money waster of the highest order, and in fact by far the biggest American transportation boondoggle I can identify in the 21st century so far.”

“People are actively suppressing their ability to feel compassion- making fun of it by calling us snowflakes. Responding to expressions of genuine concern with hateful name-calling. Well what some perceive as our greatest weakness is actually our greatest strength. It’s that thing that makes us human and differentiates us from machines. The ability to care and love and spread joy and to be able to acknowledge the suffering of others is what makes life worth living. We are more than consumers and there is more to life than just hoarding your wealth and buying new things. We are people and it’s time for us to start living with respect for each other and respect for the planet.”

Centenary adaptive reuse: “What about a homeless shelter?”

We must remember that City Hall as presently occupied will not publicly acknowledge the existence of unsightliness, whether homelessness, hunger or opioid addiction. The mayor believe irrefutable truth reflects badly on his hermetic “special interests first” kingdom, and so he stares resolutely in the opposite direction. Take the proposition to the city’s top leaders, and boutique hotel wins in a landslide.

Dumping in alleys is another reason why we can’t have nice things.

We’ve been open at Pints&union since August, and I’ve lost count of the number of times garbage has been dumped in the alley to the left of our front door. Kudos to the city’s ordinance enforcement guys, who were there bright and early this morning to take a look. I’m no fan of surveillance cameras from a civil liberties perspective, but this ongoing issue suggests an exception might be due.

Isn’t shaming the Republican Stewart the sort of thing for the Floyd County Democratic Party’s disinformation outlets, as opposed to the city’s? Party chairman Dickey’s already doing it regularly for the Democrats, isn’t he — even if it didn’t avert a third consecutive electoral meltdown earlier this month?

Surely it’s a coincidence that Dickey enjoys a lifetime sinecure at the Redevelopment Commission.

We get too few feel-good stories amid the local political scene. This is one of them.

Gospel Bird will close: “I’ve begun the process of an exit plan to start winding down Gospel Bird and set an exact closing date.”

“I’ve decided it’s in the best interest of my family in time of need, my children, my mental health, quality of life, and my staff, to simplify some things in my life. I’ve begun the process of an exit plan to start winding down Gospel Bird and set an exact closing date.”