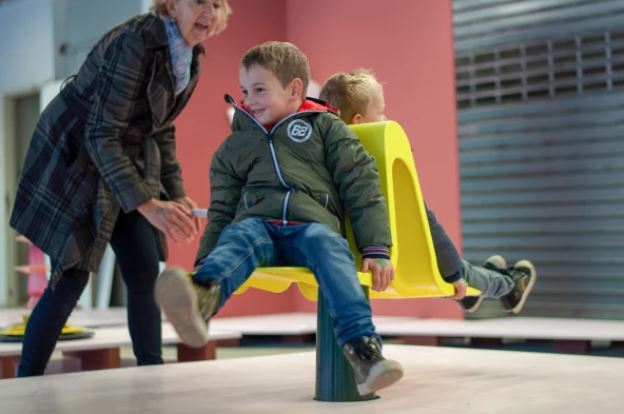 Just imagine the day when we have so many people walking in New Albany that city council spends money to install street bollards aimed at protecting them.

Although perhaps a useful first step would be doing more to make streets and sidewalks safe for all users, in everyday life, apart from those statistically infrequent occasions of vehicular terrorism — as opposed to drivers using their mobile devices while traveling down a city street as though it were an interstate.

Defensive street architecture is designed to prevent terrorist attacks. But it could also double as a way to bring strangers together.

In the last few years, vehicle-aided terrorism has become a horrible reality for many cities. To protect pedestrians, cities have expanded efforts to install street bollards, peppering the urban landscape with these three-foot-high metal barriers. After New York was hit by a truck-borne terrorist in 2017, the government decided to spend $50 million on bollards, dramatically increasing the footprint of this defensive architecture on the streets.

Could these increasingly common devices serve a second purpose–and bring strangers together on city streets? That’s the idea behind three prototypes by the Peruvian designer and architect Beatriz Pero Giannini. The three chairs–called the rocker, the slider, and the wobbler–sit atop bollards and function like seesaws. If one person sits down they’ll probably be uncomfortable, but if two people sit together it brings each design into balance. By encouraging people to sit down together, Giannini hopes to bolster a sense of community among strangers.