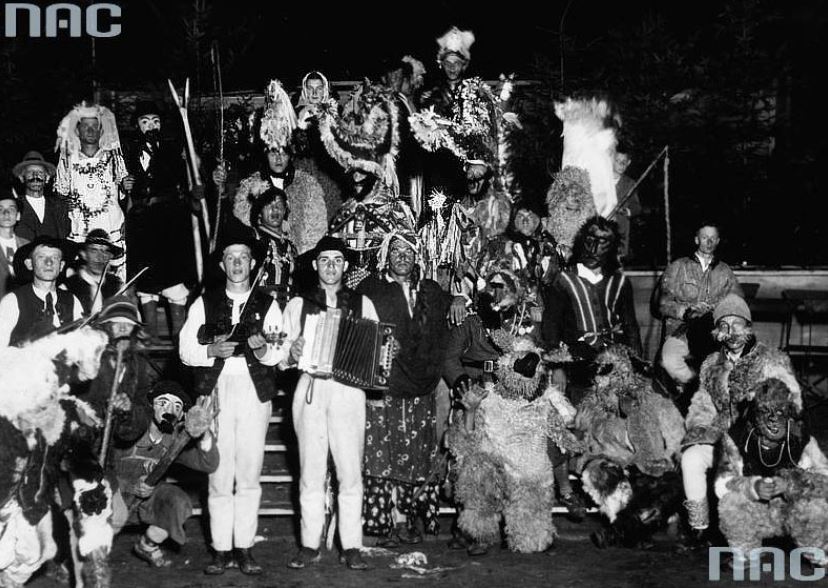 There’s an imported tradition as well as an indigenous one.

A frequent question with a not so straightforward an answer anymore. Is Halloween a holiday celebrated in Poland? What attitude do Poles have towards it? If not Halloween, then what? Find out by reading further on.

As a rule, Halloween is not a Polish tradition and it is only remotely connected to other pagan rituals of different Slavic nations. Yes, they all focused around death, but Halloween as we know it originated among Celtic tribes and now is considered a solely Anglo-Saxon holiday. Were it not for globalization, Poles would still be more likely to celebrate their own ancient holidays. What would these be?

If not Halloween, then what?

Dziady would be the Polish answer to Halloween, although this ancient Slavic feast is far from being popular in any modern sense. Its traces can be found in Romantic Polish literature, when one of Poland’s greatest poets, Adam Mickiewicz, described an ancient feast for the dead, taking place in a secluded chapel on a cemetery. This depiction does send shivers down one’s spine, definitely more than dress-up parties in Northern America nowadays!

However, there are certain parallels.

The Polish Halloween: All You Need to Know about Dziady (Culture.PL)

… Real-life Dziady celebrations were usually a little different to what we find in Mickiewicz’s book -they were centred around feasts held nearby the graves of ancestors. This ritual was strongly linked to a conviction that during seasonal changes, especially autumn at the turn of October and November, the spirits of the dead returned to the world of the living from the afterworld, making it possible to interact with one’s ancestors.

Feasting at burial grounds was seen as a form of spending time with those long-gone and honouring them. It included leaving food, often bread and honey, on their graves as gifts for their souls. The historian Karol Szajnocha gives a description of a medieval Dziady celebration in his book Jadwiga and Jagiełło:

Each settlement went to its cemetery, each family to its grave. There they poured sacrificial blood into a cold fire, on bark-woven seats they put bowls with food, on branches near the graves new clothes for the dead were hung… [editor’s translation from Polish]

The historian also mentions that the cemetery ritual started with resting and a great potluck feast. Other forms of Dziady celebrations included burning fires for the spirits to get warm by, a custom that is echoed by today’s lighting of candles on All Saint’s Day. Some fires were however burnt to keep spirits away, malicious ones that belonged to people who died in a way seen as wrong, such as due to murder.

An important element of the tradition of Dziady are Karaboshka masks. Such a mask, made of clay or wood, was worn to impersonate the deceased during the custom of leading spirits back to the afterworld. Interestingly, some scholars argue that the ancient Karaboshka is actually the original inspiration for the now common Jack-O’-Lantern. Regardless of whether that is the case, it’s worth noticing that the familiar pumpkin and the Slavic mask are both associated with a space between life and death, something that again links Halloween and Dziady.

After all, the Jack-O’-Lantern is part of the story of Stingy Jack whose soul cannot find its way neither to Heaven nor Hell and is forever stranded on Earth. Interestingly, helping troubled spirits find peace is a central theme in the second part of Mickiewicz’s Dziady, the drama quoted at the start of this article. Unlike in the great author’s work though, Dziady was actually celebrated in Christian churches in some places in Poland, but without the participation of people. This involved leaving a priest’s missal and stole in an empty church where, according to belief, the soul of a deceased clergyman would take them up and lead a midnight Mass for visiting souls.