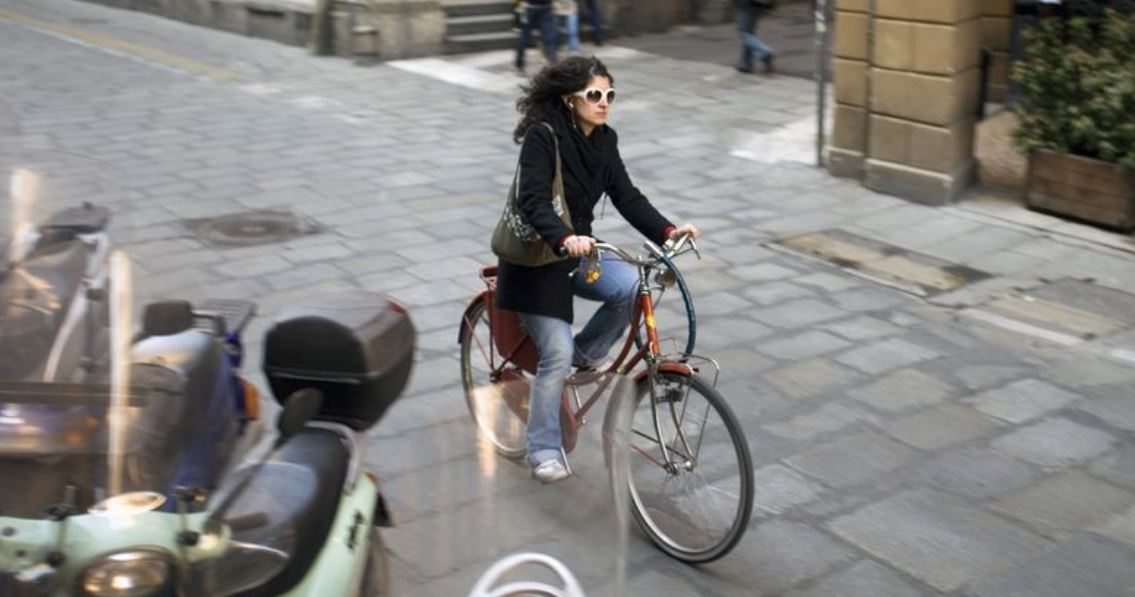 The city that gives you free beer for cycling. (BBC)

This is how the Italian city of Bologna is getting people to leave their cars behind. Video by Amelia Martyn-Hemphill and Nicola Kelly.

An app records sustainable trips — on foot, by bicycle or with public transportation. Users amass mobility points, redeemable for freebies from participating businesses.

Like most urban centers around the world, Bologna has its share of traffic congestion. One major initiative to address this problem was the designation of a pedestrian zone in the city’s historic center that strictly limits automobile traffic. (There are special provisions for tourists who need to get to hotels located within the zone.)

But traffic in most areas of Bologna, which fall outside the zone, still remained challenging, often exacerbated by the frequent strikes (scioperi) and political demonstrations that are typical in Italy.

My Facebook friend, Laura Bizzari (a language teacher in Bologna), recently posted a BBC video on Facebook about an innovative project in Bologna, called Bella Mossa, that aims to make a difference in health and quality of life.

The project is funded through European Commission’s Horizon 2020, an EU program to promote sustainable transport. Launched in April 2017, the project uses incentives to reduce vehicular traffic and CO2 emissions by encouraging people to walk, cycle or use public transportation …