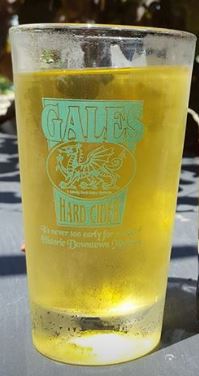 For many months prior to the opening days of Pints&union in early August, I spent lots of time detailing my objectives for the draft lines.

In short, I wanted to put five or six classic beers on draft and leave them alone — not constantly rotate them like seemingly every other bar does these days, but test my pet theory that amid the constant gilt and flash, there’s still a place for old-school brand loyalty.

Because … brand loyalty still works for mainstream beers, doesn’t it?

If you’re a Bud Light or Lite drinker, you probably needn’t worry about your regular joint rotating these brands. Maybe craft and import drinkers would appreciate stability, too, with two or three lines still available for seasonal and specialty fare.

Originally it was my decision to pour five permanent drafts from the portfolio of the Monarch wholesale house and its World Class affiliate. My reasoning in doing so was three-fold:

Things got off to a wonderful start — for 12 whole business days.

Then our third keg of Fuller’s blew, and there was no more (it recently returned after two months absent).

Then Anchor Porter ran dry, with no reinforcements for at least two months, and none yet.

The happier flip side is that Guinness and Bell’s Two Hearted have not disappeared, at least yet, and Cavalier, our other primary wholesaler, has assured a steady supply of Falls City. It’s the sixth fixed draft selection and the only permanent pour not to be sourced from Monarch.

Pints&union has been in business for 70-odd days. During this time, we’ve had the ideal draft lineup in place for only the first 12.

That’s simply inexcusable. 12 divided by 70 comes out 17%, which is a batting average of .171 for Monarch/World Class thus far when it comes to supplying five (5) beers that by no means are rare enough to merit such futility.

Retailers don’t have the luxury of being this inefficient, and I’m not kidding you when I say it galls me, because Monarch has a government-mandated monopoly. We can’t get Fuller’s or Pilsner Urquell from a different wholesaler, only Monarch. If they’re out of stock, there is no recourse.

All this said, we’ll get past it. All these recent substitutions don’t thrill me. It isn’t the way I’d prefer to do it. So be it. Here’s what will be happening in the next few days as we get the draft lines back into some semblance of order following the Harvest Homecoming craziness and Monarch’s persistent … er, issues.

I’ll be back later in the week to write about 812 Nouveau Wet-Hopped IPA and Liam’s Hill scrumpy cider.

The latter is from the Thomas Family Winery in Madison IN and will be on tap at Pints&union for a good while, as Steve has set aside four kegs of it. This will mean operating with one fewer beer tap, but for a cider as good as this, it’s an easy swap.

For fans of Weihenstephaner Hefe Weissbier, summer’s over. However, we’ll be stocking the same beer in bottles.

Depending on when the Sierra Nevada Celebration Ale kegs arrive at North Vernon, our third of three wholesalers, they’ll follow Donum Dei and pour through Christmas so long as supplies hold up.

Exactly when these various draft pieces fall into place this week isn’t clear yet, but I’ll be doing my best to make it sensible.