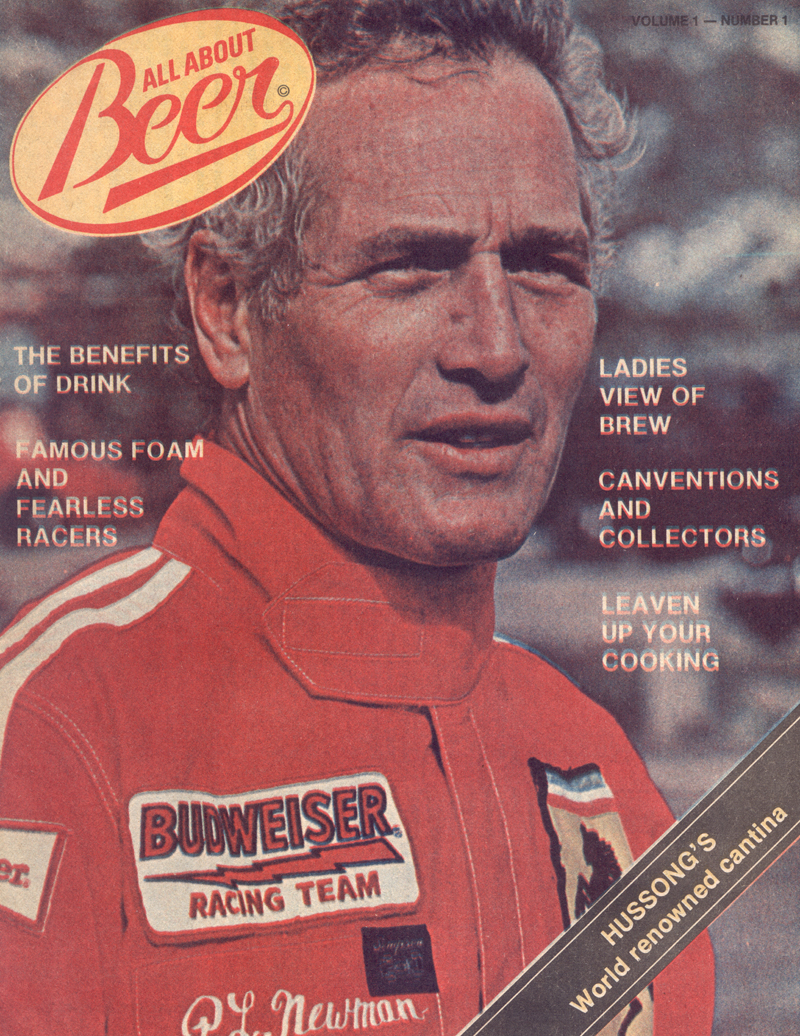 I’d yet to taste my first Guinness or Pilsner Urquell in 1979. In fact, having consumed a fair amount of lesser beer the previous years, I’d failed to attain legal age in 1979. Two long years of rampant lawlessness remained ahead of me.

At some point in the 1990s, Daniel Bradford and I had a tremendous dust-up about something. I’d tell you more, but it’s probably a testament to the many beers I’ve enjoyed since 1979 that I have no recollection of the dispute.

Julie Johnson was part of the beer writing symposium organized by Jeff Rice at the University of Kentucky a few years ago, and we chatted. She was delightful, and so was her magazine.

At this precise moment, thousands of beer fans believe they’re getting the minimum daily requirement of knowledge from the ephemera at beer ratings aggregators. They’re sadly mistaken. There is far more to loving beer than crowd-sourced numbers on an app and the ability to memorize images. Monkeys can be trained to do that.

I’ve always understood that my own skills as a writer come nowhere close to the caliber of those contributing to magazine like All About Beer. In compensation, I’ve always tried to push attention their way. Granted, it’s still possible to read the words written by the pros, as published at various web sites and blogs, but one must prioritize finding these writers, and perusing their efforts past the opening paragraph.

It’s one thing to have a score of 95 out of 100. It’s another to explain whether this is correct, and why it matters. The herd simply can’t do that, hence the job description of the shepherd.

And, by extension, the reason to regret the passing of All About Beer magazine. Too many sheep, not enough shepherds; it’s an imbalance impacting wool, lamb chops … and beer appreciation.

AFTER 39 YEARS, ALL ABOUT BEER MAGAZINE IS DEAD, by Jeff Alworth (Beervana)

No one likes to talk when things end badly.

Two weeks ago, on October 2nd, I received a tip that the venerable All About Beer magazine—which remarkably preceded the craft beer renaissance—was effectively defunct. I’ve spent the intervening time trying to confirm the news, but those close to the situation didn’t want to speak on the record. Yesterday, however, editor Daniel Hartis emailed to confirm he was no longer at the magazine and that he had been one of the last employees on staff. The “staff” page at allaboutbeer.com would seem to confirm that—the sole name listed is publisher Christopher Rice’s.

THERE BEFORE THE BEGINNING

Founded in 1979 by Mike and Bunny Bosack, All About Beer was the first magazine devoted to beer. It was a strange time in American brewing. Consumption and sales were at their peak, but consolidation had reduced competition and diversity to all-time lows. There were fewer than a hundred breweries in the country and beer culture, such as it was, had become as mass-market and homogenized as the beer itself. The early issues of the magazine reflected this situation. Julie Johnson, who along with Daniel Bradford took over the magazine and brought it in line with the burgeoning craft beer market, wrote in 2015: “Features on imported beer, beer can collecting or homebrew techniques were interspersed with articles about chili cook-offs, football, barroom lore and other topics apparently tailored for a male audience.”

Despite the desultory launch, AAB had one thing going for it: timing …