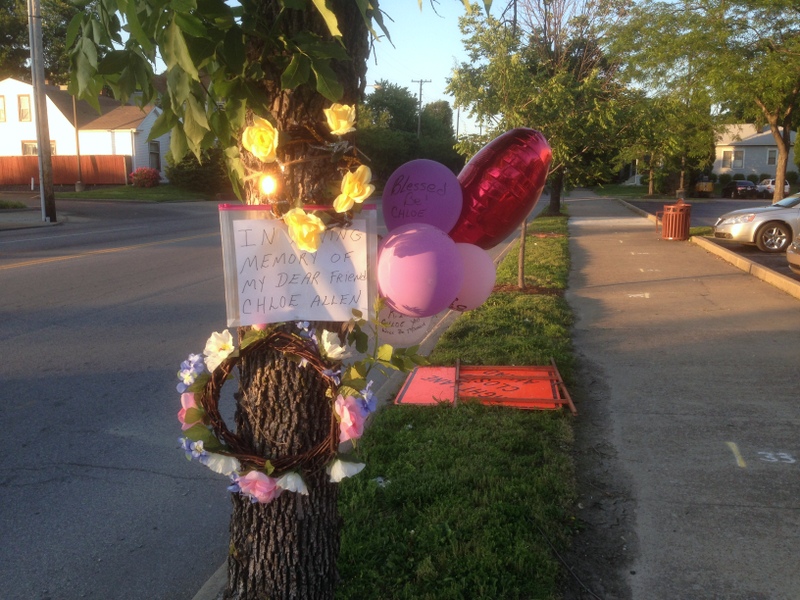 Jeff Speck takes to CityLab to offer excerpts from his new book, and here are the ones I won’t be covering in this post.

Here’s one big thing worth a snip: “Street improvements should be linked to keeping speeding in check.”

Not coincidentally, it’s the one least understood by City Hall in New Albany. Shall we join together to reduce illegal speeding?

I published the book Walkable City in 2012. Since then, many of our leaders have realized that establishing walkability as a central goal can make cities better in a whole host of ways. That book did a decent job of inspiring change, but it didn’t tell people exactly how to create it. My new book, Walkable City Rules: 101 Steps to Making Better Places (released on October 15 by Island Press) is an effort to weaponize Walkable City for deployment in the field. An excerpt follows below.
—Jeff Speck

Street improvements should be linked to keeping speeding in check.

“It’s the speed, stupid.” Roughly half of this book addresses different aspects of the street and how they are designed and managed. Many of these points may serve multiple objectives and audiences, but they all aim back, in one way or another, at a single issue, vehicle speed.

While many different factors influence the safety of humans in cities, none matters nearly so much as the speed at which vehicles are traveling. The relationship between vehicle speed and danger is, to put it mildly, exponential. 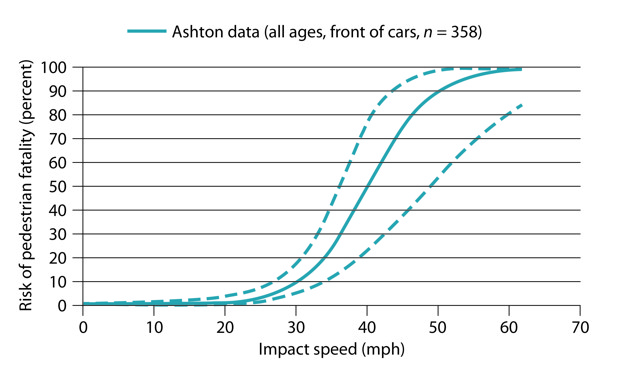 The risk to pedestrians from vehicles takes a dramatic upturn at 25 miles per hour, as this chart based on data on pedestrian casualties (collected by S.J. Ashton) shows. (The dashed lines are confidence intervals.) (D.C. Richards Transport Research Laboratory)

This threshold zone of 20 to 40 miles per hour is basically where it all happens—the difference between bruises, broken bones, and death. And 20 to 40 is roughly the range of speeds that we find cars traveling on the best downtown streets. Keeping cars on the lower end of that range, therefore, must be the central objective of urban street design.

The speed of the impact itself is not the only factor. As cars move faster, the likelihood of a crash also rises. Drivers and pedestrians alike have less time to respond to conflicts; stopping distances lengthen; and the driver’s cone of vision narrows. These factors multiply the impact of speed beyond those indicated in the above graph. It is safe to say that a car traveling 30 miles per hour is probably at least three times as dangerous as one going 25. Many cities have a downtown speed limit of 25. All should—or lower.

These limits simplify the conversation, because it is no longer necessary to talk about “slowing drivers down.” Who wants to be slowed down? That sounds like congestion. Instead, we can simply talk about “reducing illegal speeding.”