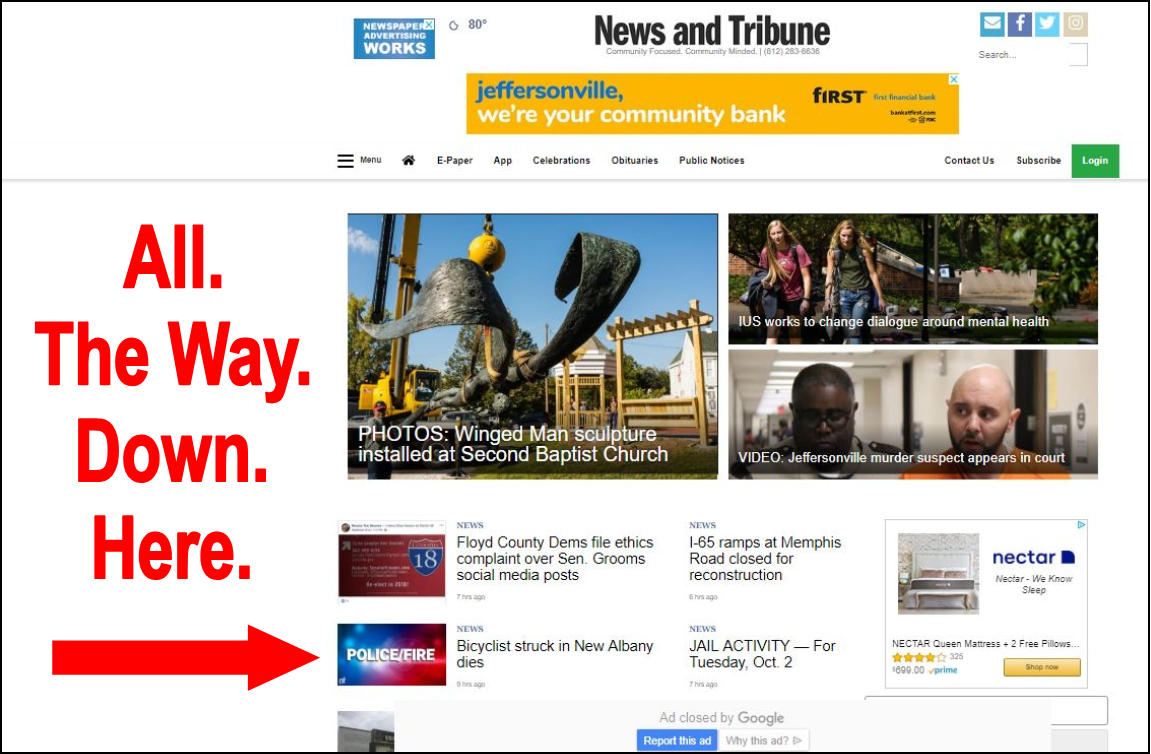 I’m trying really hard to be nice … but another “accident,” another “driver not to blame,” another instance where we know all about the victim and nothing at all about the driver, and another prospective round of Jeff Gahan’s political appointees aciting “decisively” only when ducking responsibility and blaming the victim.

As with Chloe Allen, Matt Brewer and Richard Bennett, James Broy Jr.’s name probably will not be acknowledged at the next Board of Public Works and … Safety? As I noted on Facebook, the only account we have of this and too many accidents like it is that of the driver.

That’s because the non-driver usually doesn’t survive; police and prosecutor assure us no crime was committed, and there it ends.

How do you people even sleep at night? Are your cars really more important than human life, or are you just that corrupt?

Speaking of which, I’m reprinting the whole article from the News and Tribune, from whom I’ve stolen it from behind their paywall. The newspaper can’t be bothered to take note of the carnage, although it will send a reporter for the unveiling of the next bright shiny object.

James Lee Broy Jr. died as a result of injuries

NEW ALBANY — A cyclist struck by a pickup truck in New Albany on Monday has died.

The Jefferson County Coroner determined 59-year-old James Lee Broy Jr. died as a result of the collision, according to a news release from New Albany Police Department Chief Todd Bailey.

Officers were dispatched to the alley behind Bottles Unlimited at 427 State Street around 9:30 a.m. Monday. A preliminary investigation indicated that Broy rode his bicycle into the path of a pickup truck traveling north in the alley. Police say the bicyclist entered the alley from a blind spot in the Bottles Unlimited parking lot.

Broy was taken to University of Louisville hospital for treatment and later died.

Bailey said Tuesday that the investigation shows no criminal activity on the part of the driver, however the case remains open. The driver of the pickup truck has not been identified.