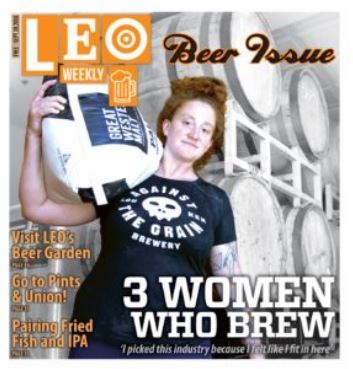 The Great American Beer Festival unspools this weekend, and anyone who’s anyone in beer circles is out there in Denver, pounding the new generation of Chantilly Cream Custard Stouts.

Meanwhile, I’m right here in Nawbany, getting back to where I once belonged. If I had my druthers I’d be in Europe, not Colorado. In other words, my condition is perfectly scattershot, and therefore normal.

This week’s Louisville Eccentric Observer (LEO) is the annual Beer Issue, with an excellent cover story about women who brew. 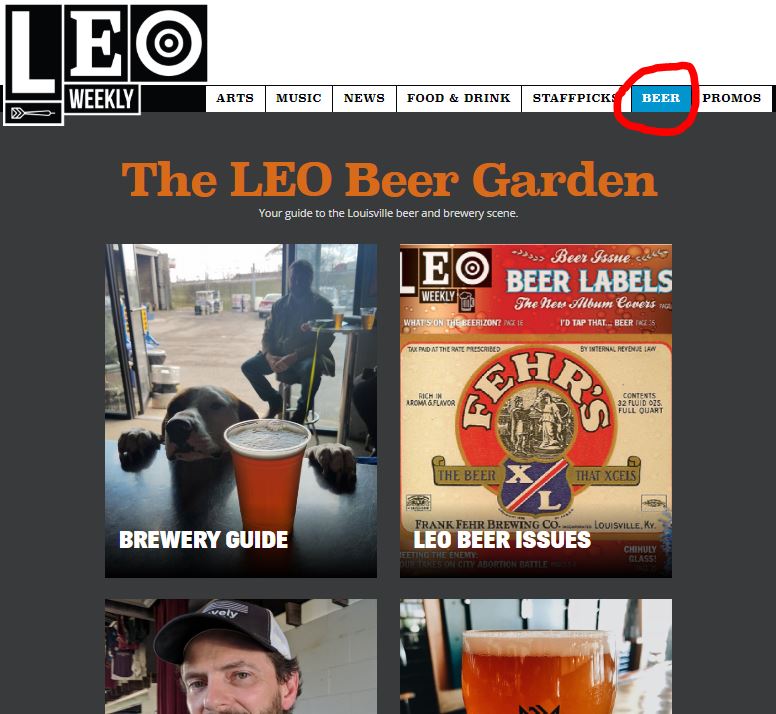 What’s more, our local alternative weekly has started collating its beer news items in one spot.

LEO has a new web page devoted to all things local beer. Our brewery guide, past Beer Issue stories, an archive of I’d Tap That… Beer columns and the latest season picks.

This is helpful, although I’d like to see a new beer column devoted to classicist ruminations on a theme of comfort beer. Then again, edgy youthful writers probably aren’t as well versed in such matters.

Speaking of comfort, it’s pure joy to see so many of free-lancer Kevin Gibson’s beer bylines collected in one place amid LEO’s new beer bullpen. Kevin gets the facts right, and he’s also been known to quaff the occasional sample for the sake of accuracy.

Concurrently, I must say that LEO’s Big Brewery List is somewhat confused — and Kevin had nothing to do with it.

The Louisville region, including Southern Indiana, has 21 breweries, including 19 locally-owned breweries.

Flat12 in Jeffersonville appears in the list, and Gordon Biersch does not, except that Flat12 is just as non-locally owned as Biersch; however, in terms of actually brewing beer in a physical location, Biersch is more local than Flat12.

The two men were enjoying the hefeweizen beer that Maggie Bray had brewed as assistant brewer at Gordon-Biersch — and they had questions about it… but not for her.

Finally, what’s the 21st (omitted) brewer? Is it those guys in the Oxmoor Mall? Well, doesn’t BJ’s import its beer in kegs from production central, just like Flat12? It’s a taproom, not a brewery — just like Flat12.

This brings me to an undisputed highlight of the current issue. Robin Garr captures the Pints&union vibe quite well.

Every now and then, a new local place to eat and drink makes me exceptionally happy. Sure, I’m always glad to see any new eatery come to town. But, now and then, a fresh arrival delivers such pleasure in its food, drink and mood that it makes me jump up and down in delight.

Consider, if you will, Pints & Union in downtown New Albany, the utterly lovable restaurant … er, no, beer bar? … um, no, not that, nor a brewpub either. It’s a public house, a European-style pub, then, built into the beautifully renovated shell of an 1880s-era general store that later served as a neighborhood saloon.

In an age when most restaurants seem rigged for noise, Pints & Union is… well, not quiet, but tuned for sociability, with soft folk music in the background that’s loud enough to hear but not enough to dampen conversation. What’s more, there’s nary a television in the place. Stop, take your eyes from the screen and turn them to the people at your table. Don’t feel chatty? Grab a book from the extensive collection, or settle down with a friend for checkers, chess or a board game.

Pints & Union takes its beer seriously, without taking it snobbishly …

Much appreciated. Now if you’ll excuse me, it’s back to work.