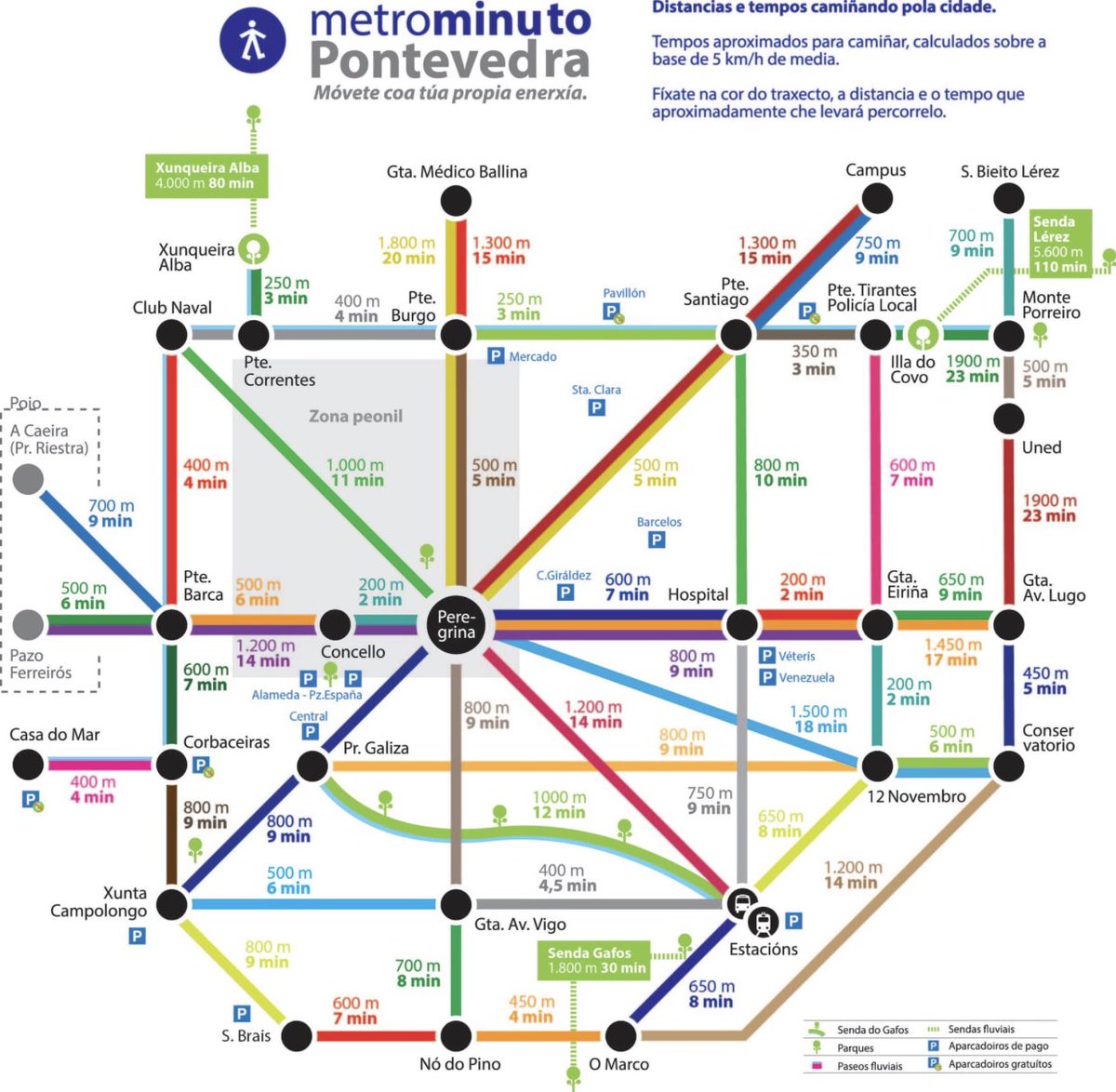 No two places are exactly the same, and what works in one may not fly in another, but what this soul-boosting article informs us is that another way does indeed exist.

During the past seven years in New Albany, we’ve experienced a highly deceptive, and in my view purely intentional, bait ‘n’ switch. Road improvement projects primarily benefiting drivers of motor vehicles are pitched to us as offering enhanced “walkability,” “safety,” and various other buzz phrases of no more value than words used to sell breakfast cereal.

Conversely, the mayor in Pontevedra gets it. Try to wrap your brain around this statement.

“In effect, these are everyday public works that have been carried out in the context of a global project, but they cost the same or even less.” “We haven’t undertaken grand projects. We’ve done what was within our grasp.”

There is no pay wall at The Guardian, and consequently no excuse not to click through and read the whole article.

And that chart up there at the top of the page?

We need some of those here. If the city and/or Develop New Albany can’t get it done, maybe downtown businesses can.

‘For me, this is paradise’: life in the Spanish city that banned cars, by Stephen Burgen (The Guardian)

In Pontevedra, the usual soundtrack of a Spanish city has been replaced by the tweeting of birds and the chatter of humans

… Miguel Anxo Fernández Lores has been mayor of the Galician city since 1999. His philosophy is simple: owning a car doesn’t give you the right to occupy the public space.

Lores became mayor after 12 years in opposition, and within a month had pedestrianised all 300,000 sq m of the medieval centre, paving the streets with granite flagstones.

“The historical centre was dead,” he says. “There were a lot of drugs, it was full of cars – it was a marginal zone. It was a city in decline, polluted, and there were a lot of traffic accidents. It was stagnant. Most people who had a chance to leave did so. At first we thought of improving traffic conditions but couldn’t come up with a workable plan. Instead we decided to take back the public space for the residents and to do this we decided to get rid of cars.”

They stopped cars crossing the city and got rid of street parking, as people looking for a place to park is what causes the most congestion. They closed all surface car parks in the city centre and opened underground ones and others on the periphery, with 1,686 free places. They got rid of traffic lights in favour of roundabouts, extended the car-free zone from the old city to the 18th-century area, and used traffic calming in the outer zones to bring the speed limit down to 30km/h.

The benefits are numerous. On the same streets where 30 people died in traffic accidents from 1996 to 2006, only three died in the subsequent 10 years, and none since 2009. CO2 emissions are down 70%, nearly three-quarters of what were car journeys are now made on foot or by bicycle, and, while other towns in the region are shrinking, central Pontevedra has gained 12,000 new inhabitants. Also, withholding planning permission for big shopping centres has meant that small businesses – which elsewhere have been unable to withstand Spain’s prolonged economic crisis – have managed to stay afloat …