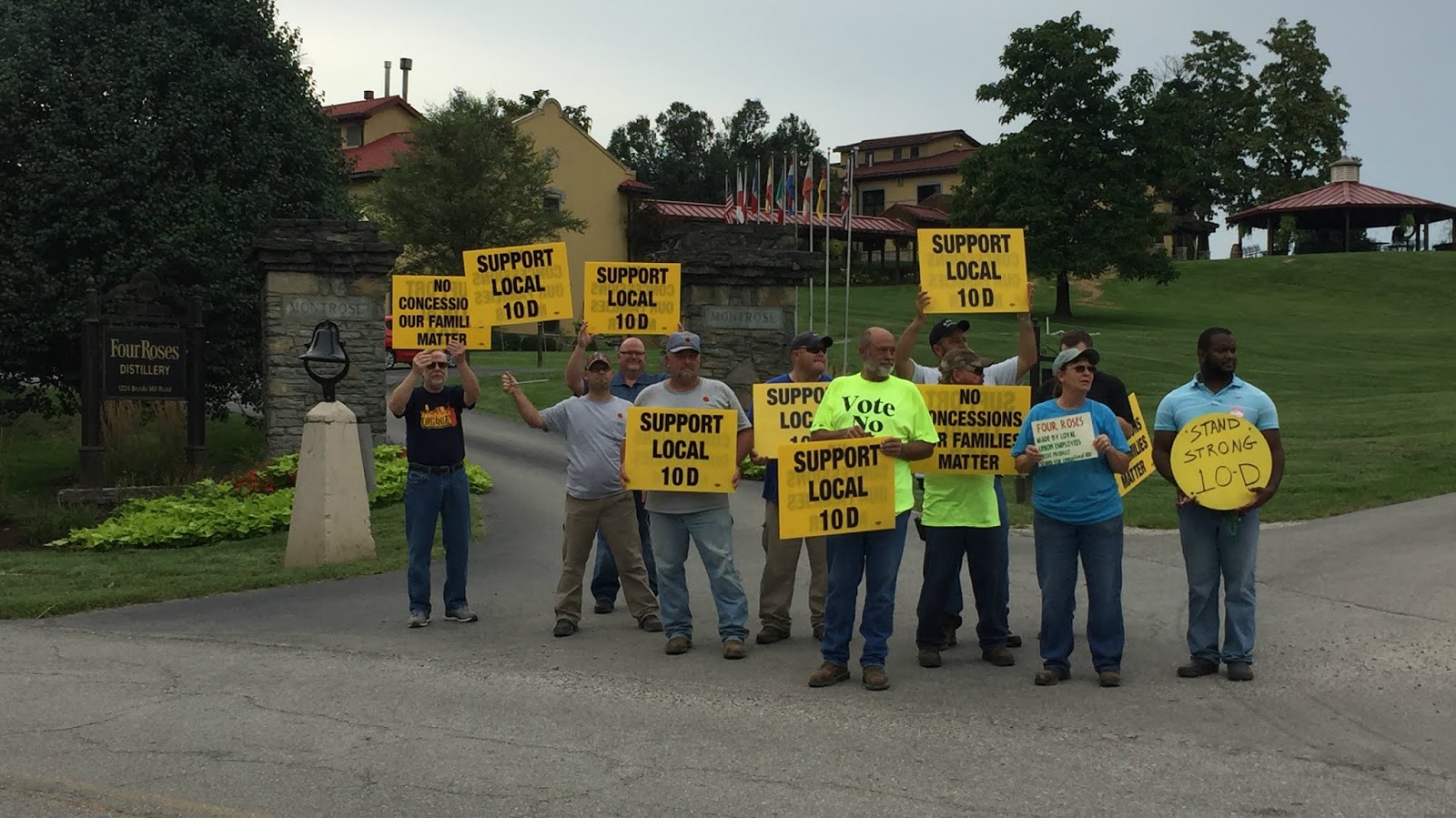 
In Japanese, “kirin” can refer to giraffes, or to Qilin, the mythical hooved Chinese chimerical creatures. Kirin Brewery is named after the latter.

Whether it’s Japanese or Jamaican is of little consequence.

The crux to me is that while celebrated craft brewers can be small and privately owned, tending not to be unionized, the doctrine of “bourbonism” generally rests on the investments of larger corporate conglomerates.

Here’s why the workers’ strike at Four Roses has bigger implications, by Richard Becker (Courier Journal)

Production work came to a halt at the Four Roses Distillery in Lawrenceburg on Sept. 7 and at the company’s bottling facility in Nelson County. The workers, who are represented by three different unions, have been in prolonged and fractious negotiations with the company for several weeks. After the company issued its “last, best, and final offer,” the workers nearly-unanimously rejected it and voted to go on strike.

But this is no ordinary strike. What’s happening at Four Roses has implications for both the broader labor movement, as well as future generations of American workers.

Kirin Brewery Company, the parent company of Four Roses, has proposed a partial “two-tier” contract, in which future workers will have less paid time off than current workers. Two-tier union contracts have become increasingly common over the past several decades, but have only recently begun to capture the public’s attention. If you’ve followed the brewing unrest at UPS over their contract, you may have already heard of the concept. Essentially, a two-tier contract creates a second level of benefits and/or wages for workers hired after the effective date of the contract, while wages and benefits for current workers remain generally the same.

Obviously, companies seek to implement such systems in order to cut labor costs over the long term. And the evil genius of them is that their likelihood of passing in a vote by the workers is quite high because in theory, current workers have nothing to lose from such a setup. That’s what makes these workers’ resistance to the company’s proposal so uniquely selfless. These workers understand that two-tier contracts are potentially devastating for the survival of a vibrant American labor movement …