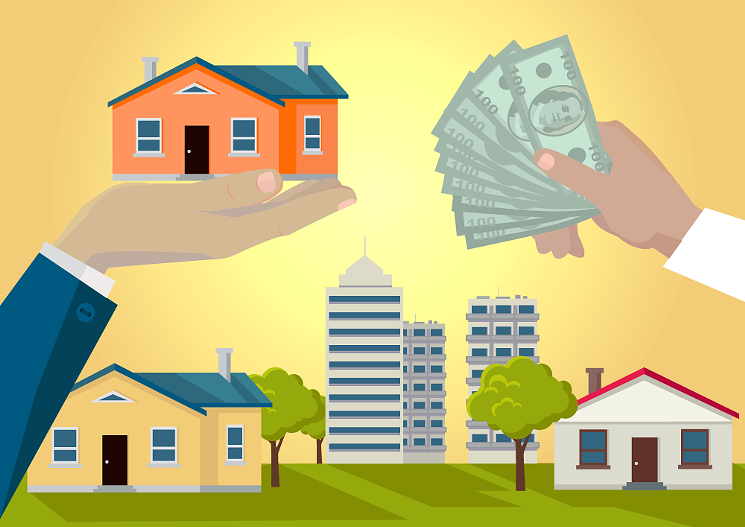 Mayor Jeff Gahan’s hostile takeover of public housing in 2017 probably never was intended to be a center-of-the-plate campaign issue in 2019.

The putsch occurred when it did for various reasons, including former NAHA director Bob Lane’s impending success at launching 1:1 unit replacements, but the general nationwide distraction and disruption of Donald Trump’s presidency provided ideal camouflage to take control.

If local progressives exist at all, and I remain only partially convinced of this, they need to grasp that a lifelong goal of local Democratic Party elders (Gahan’s and Warren Nash’s generation, not the nouveau SoIndivisible campaigners and such) has been to effectively Norquist public housing: to starve it to a size capable of being drowned in a bathtub.

Still, apart from these elders themselves, the notion of Democrats attacking public housing always was going to be risky, and too obvious a right-wing stratagem for youthful progressives to stomach. Reams of code language have been required, and the lofting of trial balloons has proceeded apace for the past 18 months, none quite as ballyhooed as “give ’em vouchers instead.”

Unfortunately for Team Gahan, a striking amount of evidence from around the country illustrates the failure of vouchers to perform as billed. As the article below attests, no amount of lipstick can disguise the pig when it comes to the assumption that (a) voucher housing exists, and (b) landlords will accept them.

From a salesmanship point of view in New Albany, these irrefutable facts imply a shift not in core policy, but in how the public housing takeover is to be depicted in coming months, especially if a “blue wave” materializes, and a victorious Liz Watson airlifts ambitious not-so-young local operatives to party time in DC.

Their untested replacements will need talking points, and fast. My guess is this whitewashing (pun intended) will consist of offering the newly revised zoning ordinance as proof of noble intent when it comes to affordable housing in New Albany.

(As an aside, youthful Democrats mobilized in recent years may well be left in the lurch when it comes to opportunities post-Blue Wave; 30-something lifers might depart only to be replaced by the same old and tired Pere Nash cohort. Be wary, my friends.)

Whether it does or does not result in action is irrelevant; seeing as Team Gahan already has embraced its own house-crafted comprehensive plan as tantamount to the Old Testament, the new zoning ordinance steps seamlessly into the role of “New Testament,” to be consulted often though not necessarily enforced.

Are those Williams Plumbing trucks still blocking sight lines at 9th and Spring?

Which is to say, enforcement is our perennial problem, and none of the voucher/zoning reform rhetoric is to be interpreted as altering Gahan’s initial, openly stated aim of cutting the number of public housing units in the city by half.

The recent approval of “affordable” housing units in the vicinity of West Street also changes nothing. These were planned by former NAHA director Bob Lane to be used as 1-to-1 replacement units, but now will reflect the comprehensive plan’s minimum 8% bar, with the remainder being market rate rentals.

As we will see time and again as the 2019 municipal election draws near, it isn’t about the gritty details of Gahan’s two terms as mayor. Rather, it’s whatever stylish imagery can be fit onto flash cards and hoisted before the eyes of the only minority group that ever really mattered to the ruling elite … voters, or that rarest of all demographic sightings hereabouts.

Roughly a quarter of those eligible to cast a ballot bothered to do so in the 2015 mayoral race. Coincidentally, the percentage of residents existing below the poverty line in New Albany also hovers around 25%, and it’s growing, even as the number of New Albanians who vote forever shrinks.

Those in opposition to the status quo have little choice except immersing themselves in the genuine details to arrive at what it’s really costing us financially and culturally to continue applying so much “luxury” lipstick to a city in need of fundamental reform.

In particular, those who’ve become involved these past two years as anti-Trump resisters must take a very hard look at the local practice of Democratic Party politics. If the Floyd County Democratic Party’s leadership is saying one thing and doing another, next year’s municipal slates present an opportunity for cleansing of a different variety.

As you’re reading this essay at CityLab, ask yourself this simple question: if the party affiliations of the central figures in this public housing debate — whether Jeff Gahan or Ben Carson — were not known to you in advance, would you guess them from the policies being advocated?

And, would the inability to so please or displease you?

Keep your eyes on the ball, because local elections in 2019 are a referendum on national issues, locally interpreted.

HUD Secretary Ben Carson announced that he would be launching a “landlord engagement listening tour” later this month, but discrimination by many landlords can already be heard quite loudly.

While the prior [AFFH] rule focuses on analytics to discover discrimination, I want to take a closer look at the archaic local and state regulatory barriers—such as zoning and land use restrictions—that are preventing the construction of new mixed-income multifamily developments, whether in poor or wealthier neighborhoods.

The prior rule Carson referenced included tools that local housing agencies could use to root out housing segregation. The purpose of those tools was also to find ways to distribute housing subsidies more fairly across a broader swath of neighborhoods instead of concentrating them in impoverished neighborhoods, as HUD has done historically. But as Carson noted, he’s not really all that concerned about discrimination, which is why he’s been nixing those prior rules. Rather, as he explained to the public housing directors, he wants to figure out how he can turn NIMBYs into YIMBYs, and also how to get more landlords to accept housing vouchers from low-income tenants. He announced that he’d be conducting a “landlord engagement listening tour” later this month to help him out with this.

“I’m not making any recommendations at this point, as I’m in a studying mode to get a better handle on the challenges,” said Carson at the gathering. “After all, we first need to understand why landlords say no to voucher holders, before we can persuade them to the point of saying yes.”

As it happens, HUD knows quite a bit about how much of it is prejudice because it has studied this topic considerably. HUD released three major studies this year that identify the various ways that black and Latino tenants face discrimination in the rental market, and why landlords refuse to accept tenants with vouchers. Carson acknowledged these studies at the public housing directors gathering, but only mentioned how landlords were frustrated with “paperwork,” inspections, and how local housing authorities manage tenant disputes. Meanwhile, the studies from his office reveal far more than that, granularly detailing exactly how landlords discriminate against people who use vouchers and why.

HUD sponsored a report prepared by Johns Hopkins University’s Poverty and Inequality Research Lab in May called “Urban Landlords and the Housing Voucher Program,” for which 127 landlords and property managers were interviewed in the cities of Baltimore, Dallas, and Cleveland. Excerpts from some of these interviews are included in the study and the language used nakedly illustrates prejudice. Instead of using standard forms to screen potential tenants such as credit reports and background checks, most of the landlords interviewed said they use “gut feelings” to decide if they’ll accept a tenant.

Taken together, the discrimination that people of color and voucher-holding tenants face is well documented, particularly in Carson’s own wheelhouse. At the public housing directors gathering, Carson mentioned some of the policy recommendations from the “Urban Landlords” study that he thought could help improve voucher acceptance: insurance programs to help landlords pay for damages in rental units, and loans for landlords to renovate properties. And he also, again, said he wants to incentivize building more mixed-income multifamily housing complexes.

Eradicating exclusionary zoning regulations will help, but it won’t totally resolve the problems of landlords racially profiling potential tenants, the concentration of racial minorities and voucher holders in segregated communities, or the extra “racial premium” African Americans end up paying for the same kind of housing as white tenants. At some point, Carson will have to address the discrimination.