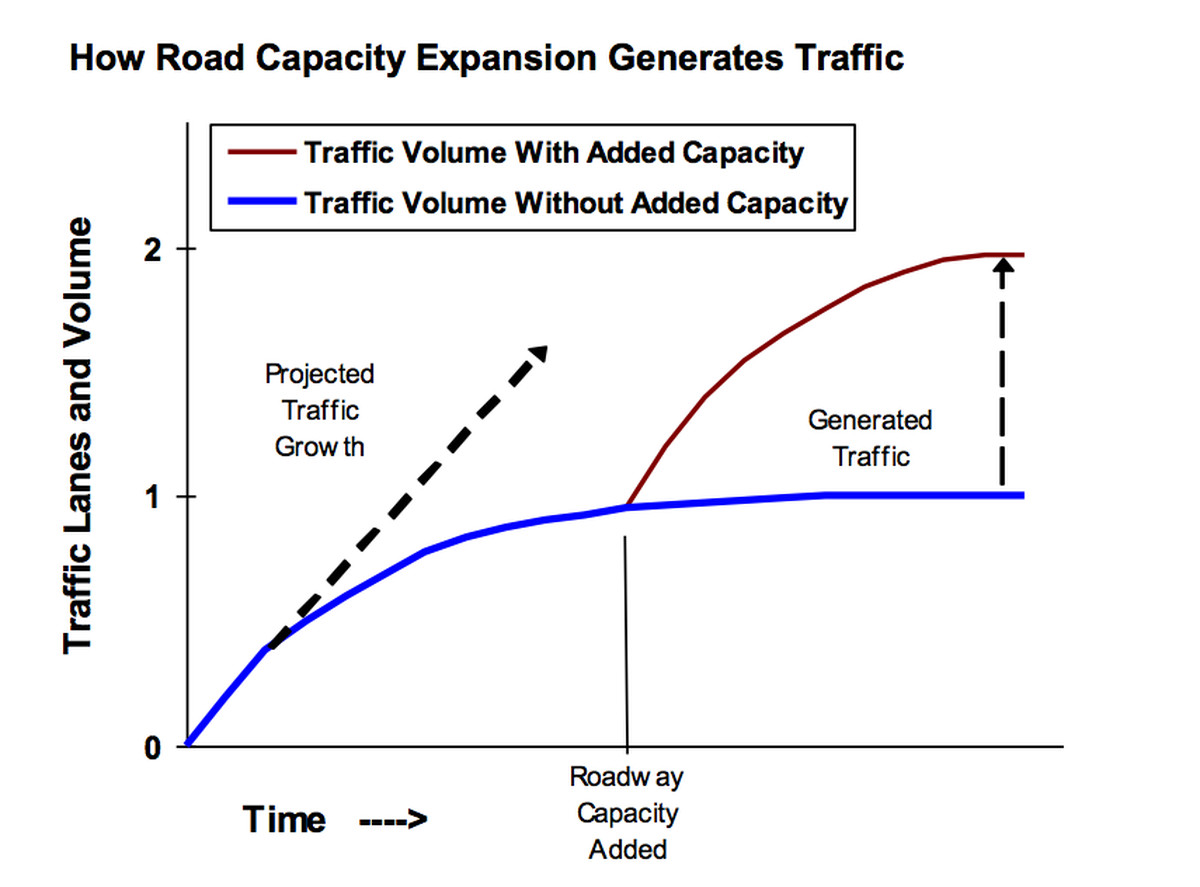 They’re calling it CityLab University for a reason. The linked article isn’t a meme, and it probably can’t be read in the time it takes to skim a News and Tribune article.

However, your diligence will be rewarded.

Along with the daily output at Strong Towns, CityLab is essential reading for those seeking to understand how these things work. All our public officials should be reading these essays and others like them.

It’s time again for “CityLab University,” a resource for understanding some of the most important concepts related to cities and urban policy. If you like this feature, have constructive feedback, or would like to see a similar explainer on other topics, drop us a line at editors@citylab.com.

When traffic-clogged highways are expanded, new drivers quickly materialize to fill them. What gives? Here’s how “induced demand” works.

With 26 lanes at its widest point, the Katy Freeway in the Houston metro is the Mississippi River of car infrastructure. Its current girth, which by some measures makes it the widest freeway in North America, was the result of an expansion project that took place between 2008 and 2011 at a cost of $2.8 billion. The primary reason for this mega-project was to alleviate severe traffic congestion.

And yet, after the freeway was widened, congestion got worse. An analysis by Joe Cortright of City Observatory used data from Houston’s official traffic monitoring agency to find that travel times increased by 30 percent during the morning commute and 55 percent during the evening commute between 2011 and 2014. A local TV station found similar increases.

The Sisyphean saga of the Katy Freeway is a textbook example of a counterintuitive urban transportation phenomenon that has vexed drivers, planners, and politicians since the dawn of the automobile age: induced demand.

Nearly all freeway expansions and new highways are sold to the public as a means of reducing traffic congestion. It’s a logical enough proposition, one that certainly makes plenty of sense to anyone who’s stuck in traffic: Small communities served by small roads grow bigger, and their highways need to grow with them. More lanes creates more capacity, meaning cars should be able to pass through faster. But that’s not what always happens once these projects are completed.

Just as with the Katy Freeway expansion, adding new roadway capacity also creates new demand for those lanes or roads, maintaining a similar rate of congestion, if not worsening it. Economists call this phenomenon induced demand: When you provide more of something, or provide it for a cheaper price, people are more likely to use it. Rather than thinking of traffic as a liquid, which requires a certain volume of space to pass through at a given rate, induced demand demonstrates that traffic is more like a gas, expanding to fill up all the space it is allowed.

Transportation researchers have been observing induced demand since at least the 1960s, when the economist Anthony Downs coined his Law of Peak Hour Traffic Congestion, which states that “on urban commuter expressways, peak-hour traffic congestion rises to meet maximum capacity.”