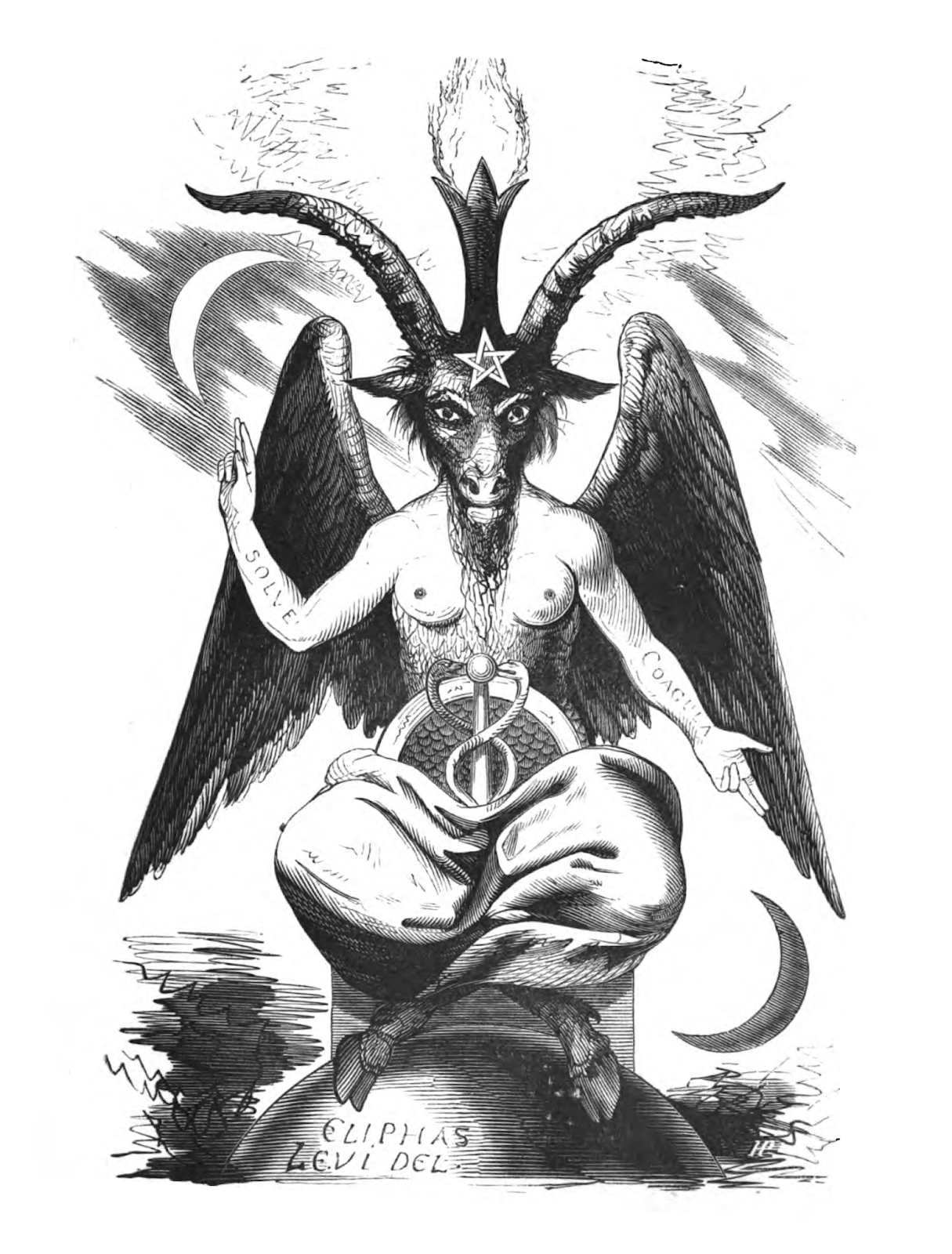 This just in: Baphomet was born in Detroit.

At least one of them, anyway.

A bronze statue of the satanic goat monster Baphomet was unveiled Thursday at the Arkansas Capitol building in front of a cheering crowd of free-speech activists and a smaller crowd of unhappy people holding handwritten Bible verses. The nearly 8-foot-tall statue’s brief public appearance marked the culmination of a three-year effort for the Satanic Temple to bring it there.

Below is the story of Baphomet’s journey to Little Rock, told with as many sinister goat images as possible.

Coincidentally, Baphomet was mentioned in a social media comment just yesterday, and since I had only a vague idea what this “thing” means, it was time for research.

As a pro tip of sorts, just remember that you have a 50/50 chance of being right on Jeopardy! when replying “what are the Knights Templar?”

Baphomet (/ˈbæfoʊmɛt/; from Medieval Latin Baphometh, Baffometi, Occitan Bafometz) is a deity that the Knights Templar were falsely accused of worshipping and that subsequently was incorporated into disparate occult and mystical traditions.

Well, what ARE (or were) the Knights Templar?

The Knights Templar was a medieval Christian military order prominent in the Crusades, from the early 12th century until the early 14th century.

The plot concerns three editors at an academic press, fed up with reading endless dotty books about the occult, who concoct a ridiculous and (they think) entirely fictional ‘Plan’ which claims to lead its followers towards the source of all the world’s energy. We are led through a labyrinth of interconnected mysteries, starting with the trial and dissolution of the Templars in the late fourteenth century but also embracing the Rosicrucians, the Masons, Nazism, Brazilian voodoo and every other conceivable branch of esoteric knowledge; yet the whole novel slips down as easily as anything by Raymond Chandler (towards whom there are many deferential nods).

Baphomet on the lawn of the City-County Building sounds mighty appealing. Is it happy hour yet?