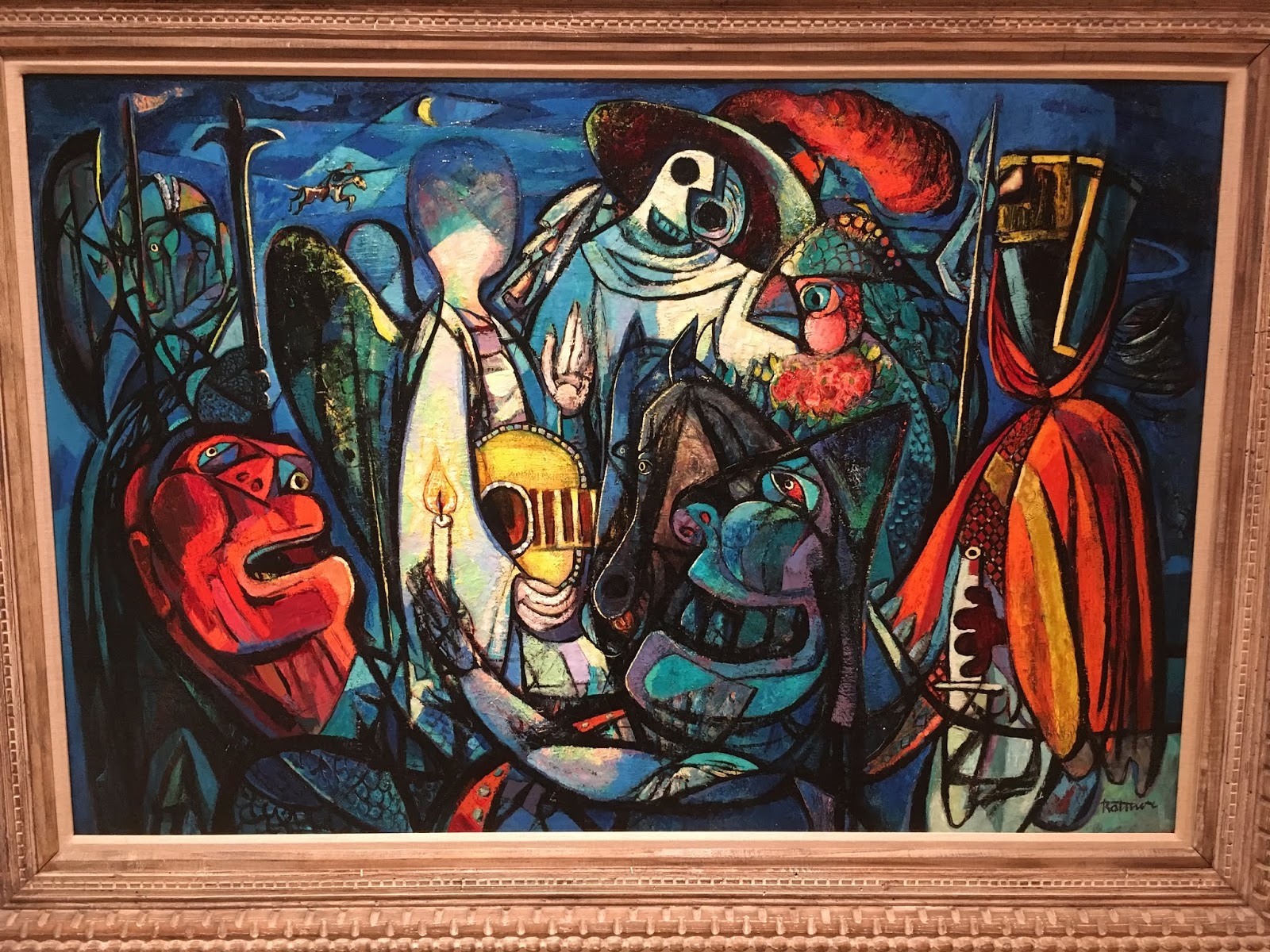 Louisville’s Speed Art Museum encourages non-flash photography, and I might have taken dozens of photos during our visit on Saturday afternoon. There are highlights aplenty throughout the museum, but in the end I took only two photos, opting to concentrate on the reasons why we came to the museum in the first place.

The first of two is a sketch of bar flies, a topic to which I’m curiously drawn. Unfortunately, I neglected to record the artist’s name.

The second (at top) is by the American artist Abraham Rattner (1893–1978). The Eskenazi Museum of Art at Indiana University provides this explanation.

Rattner was a leading exponent of the figurative expressionist style that emerged in American art during the 1940s. Taking cues from German Expressionism, this work’s heavy black outlines and crowded composition recall the work of artists such as Max Beckmann. Reports of the Holocaust began appearing in the United States in 1942 and 1943 (especially in the Yiddish press), and it is tempting to see this painting as an allegory of the genocide. Rattner, whose parents had fled Russian anti-Semitism in the 1890s, later referred to this painting’s “apocalyptic content” and described its grotesque figures as sinners.

I can’t say enough about the current Picasso to Pollock exhibition at the Speed, and highly recommend it.

PICASSO TO POLLOCK: MODERN MASTERWORKS FROM THE ESKENAZI MUSEUM OF ART AT INDIANA UNIVERSITY

Picasso to Pollock: Modern Masterworks from the Eskenazi Museum of Art showcases the impressive early 20th-century art collection owned by the Eskenazi Museum of Art at Indiana University. It covers the breadth of nearly every major artistic movement that occurred between the years 1900 and 1950 in Europe and America. During this period, traditional notions and expectations about making art were completely upended as artists explored radical new approaches to color, form, and content. Boundaries were pushed via revolutionary new ways of thinking, expressed through such movements as Fauvism, Cubism, German Expressionism, Dada, and Surrealism.

The exhibition is the first in a series of collaborations and collection exchanges between the Speed Art Museum and the Eskenazi Museum at Indiana University.

Speaking of art, kindly allow me this addendum.

I wore my green Pints&union t-shirt yesterday, and while at the art museum, three separate persons stopped me to compliment the t-shirt design … and two of them were museum employees.