Last Tuesday the Board of Mute Nostril Agony reached a new low. 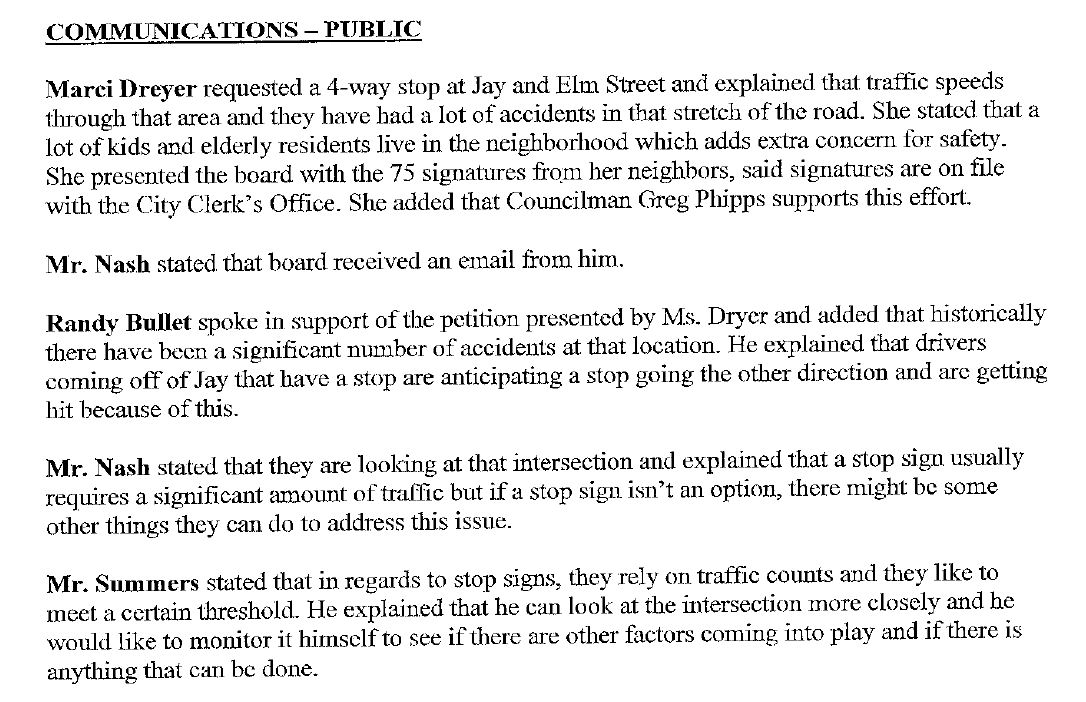 A brief summary: With their own two eyes, 75 neighborhood residents can see that drivers speeding through their neighborhood need to be slowed at the critical intersection of Elm and Jay, and the response from Warren Nash and Larry Summers? In essence, it’s this:

We’re the experts, peasant, so believe us when we tell you that your own two eyes are quite mistaken. INDOT is like a God, and we merely arrange the sacrifices.

Their hallowed engineering metric says there must be many more cars, traveling at even greater rates of speed, making the situation far worse, before slowing drivers can so much as be considered.

Only then will they check their nut sacks to see if any courage might be hanging there. Spoiler: there isn’t, so they’ll drag HWC’s Jim Rice down from Indianapolis to explain that Daddy Gahan Knows Best.

It’s offensive and appalling, this robotic lack of basic human empathy with which Gahan, Nash, Summers and their board of abject time-serving cowards pretend to care about “safety” even as they duck, cover and flee responsibility when drivers claim the lives of Chloe Allen and Matt Brewer, and strike and injure so many others. 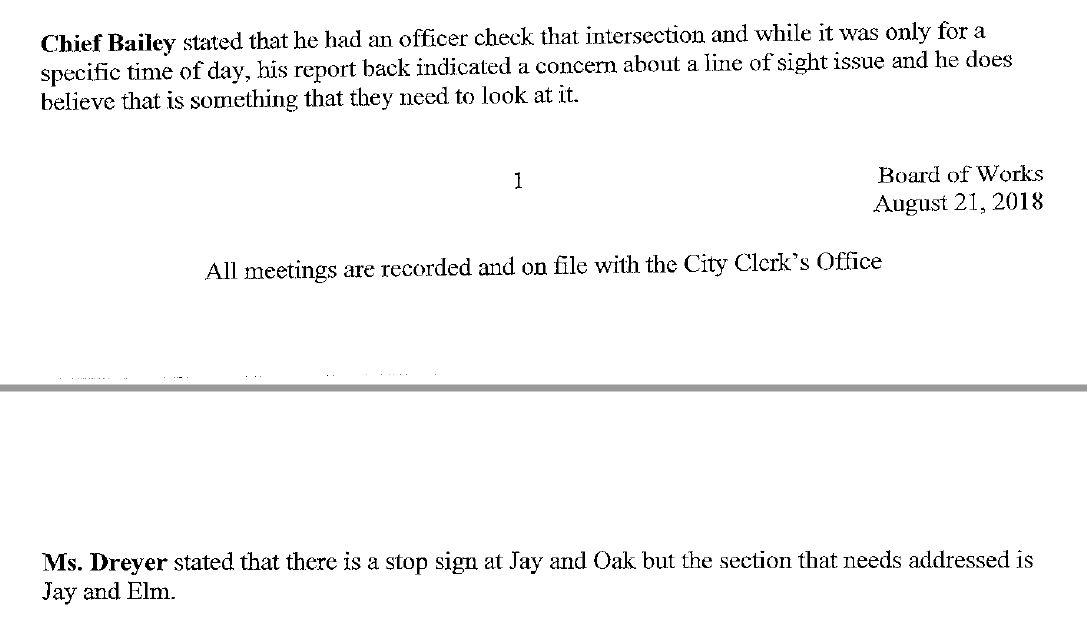 We have ourselves a precedent.

There’s a “line of sight” issue at the intersection of Elm and Jay — and at several other nearby intersections, too, including Elm and 13th, and 9th at Spring, where the Williams Plumbing trucks continue to park unhindered, and impede sight lines, in spite of this futile ordinance prohibiting it.

Instead of tired bureaucratic excuses conjured unconvincingly by the usual C-minus students, maybe there can be action without the same-old campaign fund donations?

Dead Man’s Curve has killed, and it will kill again unless our cowardly ruling clique does its job.

Here, there and everywhere, “In crashes that kill pedestrians, the majority of drivers don’t face charges.”