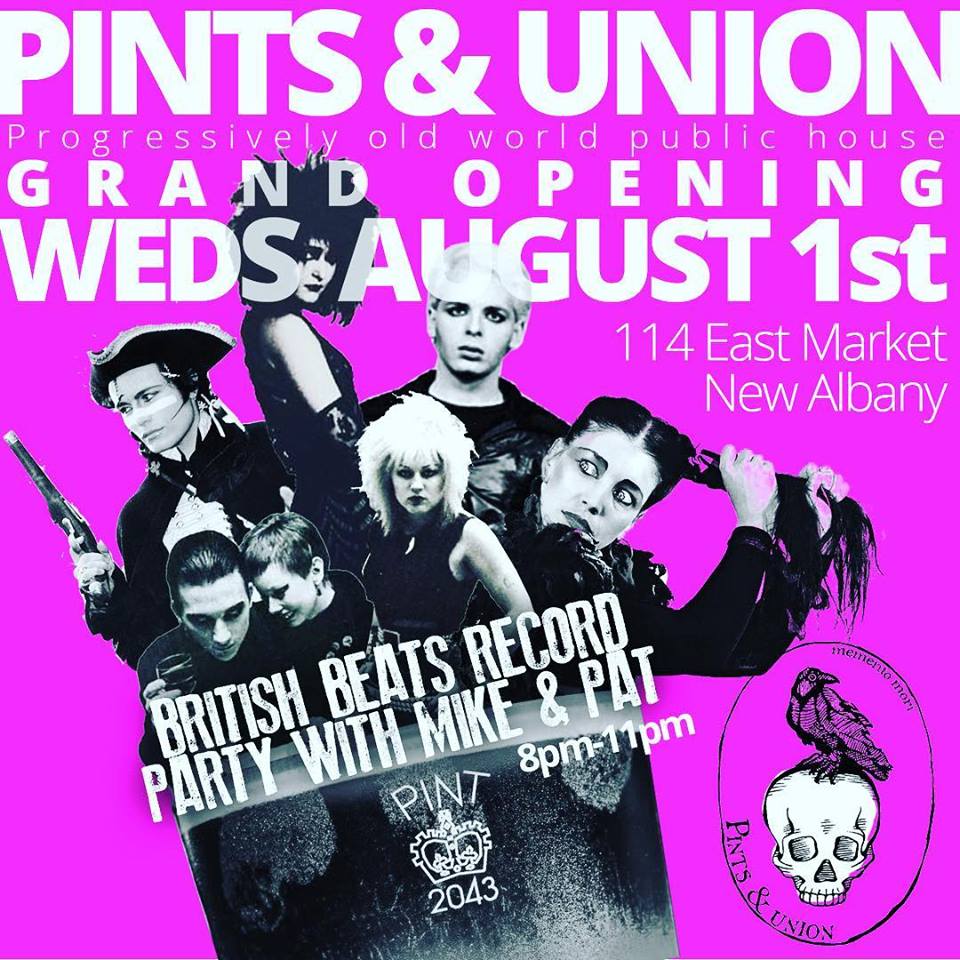 Noon edit: this introduction was posted on social media and is a tad more specific. Scroll down for this morning’s original post.

Many of you are aware that Pints&union will begin regular hours this evening at 6:00 p.m. There are a couple of things it might help you to know about tonight.

First, Pints&union is a bar with food, not a restaurant with a full menu and servers (but all ages welcome, just no under-21s at the bar).

We’re doing counter/bar service with a menu of small plates, and the entire food program will take a few business days to dial in.

Second, tonight is intended to be an inaugural bash. The pub surely is destined to become a place for conversation, though tonight is likelier to be noisier than this.

We’ll be open Thursday, Friday and Saturday this week, then temporarily bypassing Sunday (until later), and will reopen next Tuesday. I’m guessing a routine will develop fairly quickly, although I’m not willing to try defining “normal.”

We cannot put into words our appreciation for your support and look forward to seeing you, whether tonight or many other nights during the years to come.

Last weekend’s two “soft” opening evenings were helpful, and tweaks will continue to be made. Expect a few adjustments to the hours of operation during the first couple of weeks, and note that because the pub’s kitchen hood was the very last item to be installed, edibles are still being dialed in.

As for the beer, eight of ten potential faucets will be pouring. It isn’t yet clear whether the permanent number of taps will be seven or eight, but for now I’ve squeezed in a special treat for those of you who enjoy classic styles: Daredevil Munich Dunkel from Indianapolis.

It’s an old-world dark lager brewed with rigorous authenticity by a new-school Indiana craft brewer. Daredevil was awarded Grand Champion Brewery and Indiana Brewery of the Year in the professional division at the 2017 and 2018 Indiana State Fair Brewers Cup.

Lift Off IPA remains Daredevil’s biggest seller (it’s also the biggest selling IPA in Indianapolis, with Bell’s Two Hearted Ale second), but brewer and co-owner Michael Pearson’s classic lager program is stellar and underrated. Expect to see examples of these at Pints&union on a seasonal basis.

A revered institution is one that endures via love of tradition, one that needs little refinement, let alone overhaul or modernization. In the world of beer, that is, without debate, true about Munich dunkel. Sometimes referred to simply as dunkel (“dark”), it is the everyday, luxuriant brunette brew of Bavaria and Franconia, and the beer that brought renown to Munich as a brewing center. True to the roots of Bavarian brewing history as both a dark beer and lager, dunkel is one of those rare gems that combines depth and simplicity packaged in proletarian delight, marrying the rich footprint of dark malts with the smoothness of a lager.

The bottle and can selection at Pints&union will gradually expand over the coming weeks. I need to wait and see how beers move before completing it. Stylistic diversity is crucial, but so is steady depletion. Ultimately the list of bottles and cans will top out at 40-odd, with a few open slots to rotate seasonals and specialties.

Here is the opening draft list at Pints&union. I hope to see you tonight as we embark on what I’m hoping will be a long and satisfying journey.