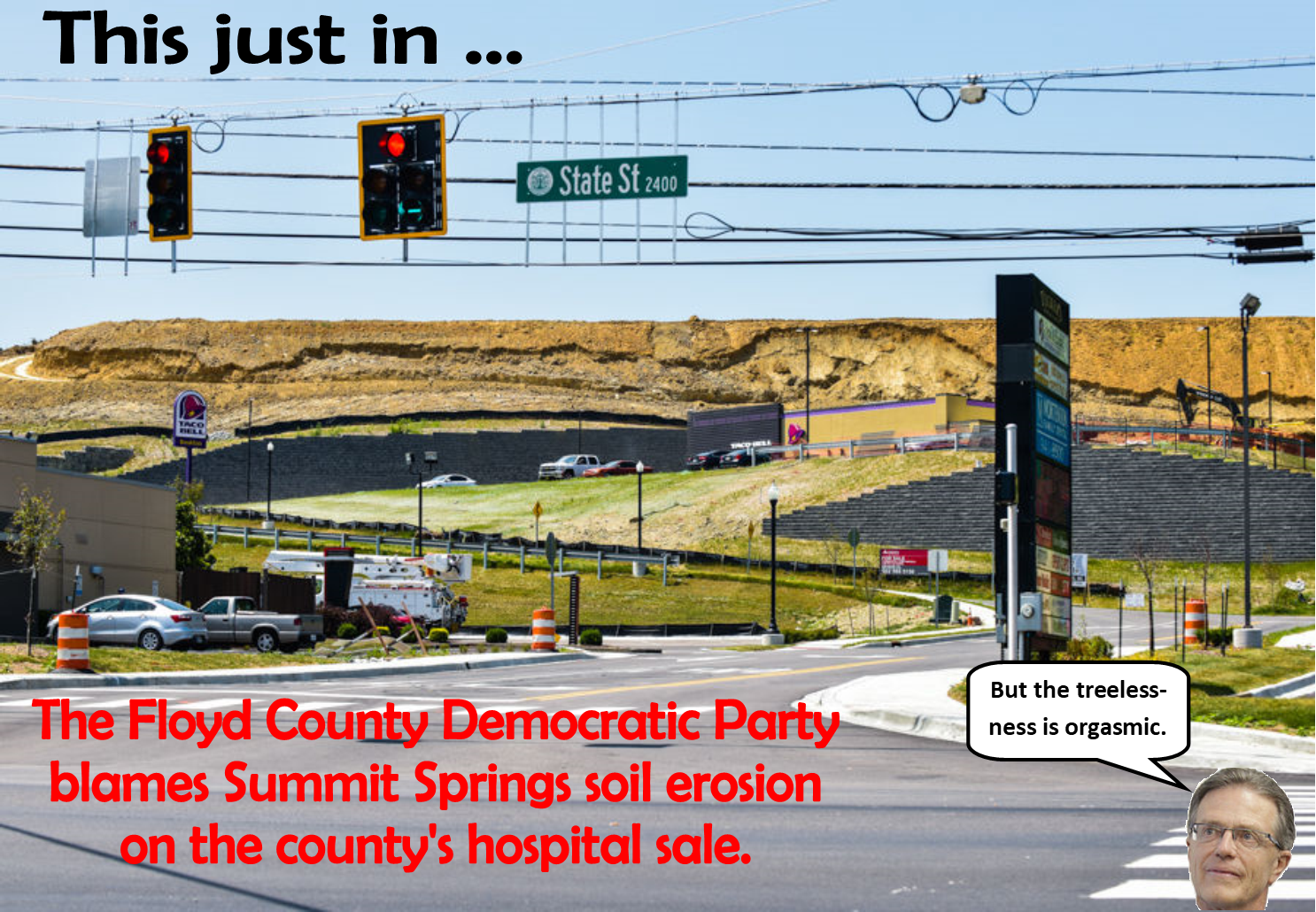 On Tuesday evening, the Plan Commission decided not to appear unseemly.

NEW ALBANY — Plans to start a phase two of the Summit Springs commercial and residential development are not detailed enough for New Albany’s plan commission yet. At a Tuesday meeting, the voting body tabled requests by the developers to consider plans for a 14-story residential tower and more on top of a hill overlooking State Street.

David Ruckman, a land surveyor for the project, said that the request from the plan commission for more details was “expected.”

Had Ruckman said, “it’s just a game,” he’d have disqualified himself for duty by telling the truth, and on Wednesday, less than 12 hours after the meeting, there were questions about the willingness of developers to observe a cease and desist order pertaining to clearing land for the next stage of the environmental atrocity.

The Green Mouse was told:

A neighbor on Fawcett Hill emailed us today saying he saw a dump truck and a flatbed truck hauling something up Fawcett Hill. Some of us have called Scott Wood. Scott said he sent out Larry Summers. Says they were removing old dead trees. When asked if they were removing more live trees, Scot said he “didn’t know.” If they are, the construction firm is violating the cease and desist order. Also, did you see the picture News and Tribune took? It shows the hill sliding down behind Taco Bell.

At a time when public housing residents face daily insults from their colonial overlords as a prelude to demolition, Team Gahan brags about million-dollar condos in the middle of a strip mine.

Amid the blather and propaganda, we can be sure of one truthful eventuality: the volume of stormwater runoff coming from Summit Springs will be matched only by the amount of kickbacks flowing into the mayor’s campaign piggy bank.

A 2016 reprise: “High atop Summit Springs with friends (and relatives) in low places.”