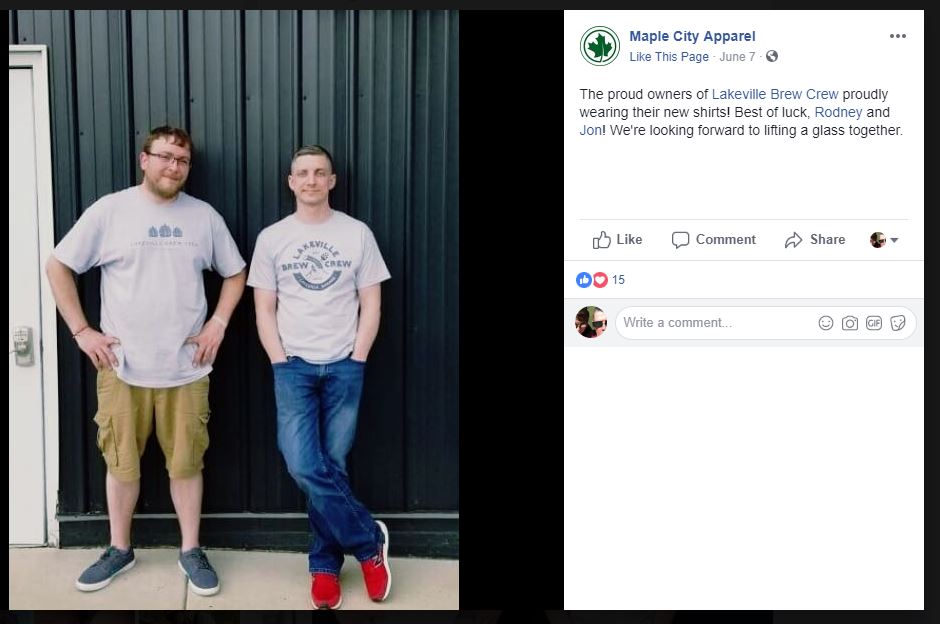 On the topic of buffoonery, excrement and world class douchebaggery, there’s this. It may be the first time in my life that I feel sorry for Walt Disney.

LAKEVILLE — Owners of a new brewery opening in Lakeville want their beer to do the talking for itself, but they also don’t mind starting deeper conversations through the names of their craft beers.

With titles including “Flint Michigan Tap Water,” “Black Beer Matters,” “White Guilt” and “Mass Graves,” Jon Duncan and Rodney Chlebek acknowledge the names are likely to create a reaction from people. But, according to Duncan, at least people will be talking about current issues.

“The way I look at it — with the “Flint Michigan Tap Water” — if you’re going to get mad about that beer name, you should focus your anger more toward the people that are letting that happen to Flint,” he said. “If I can bring some attention to that, whether it be negative attention toward me, it still brings attention to that issue …”