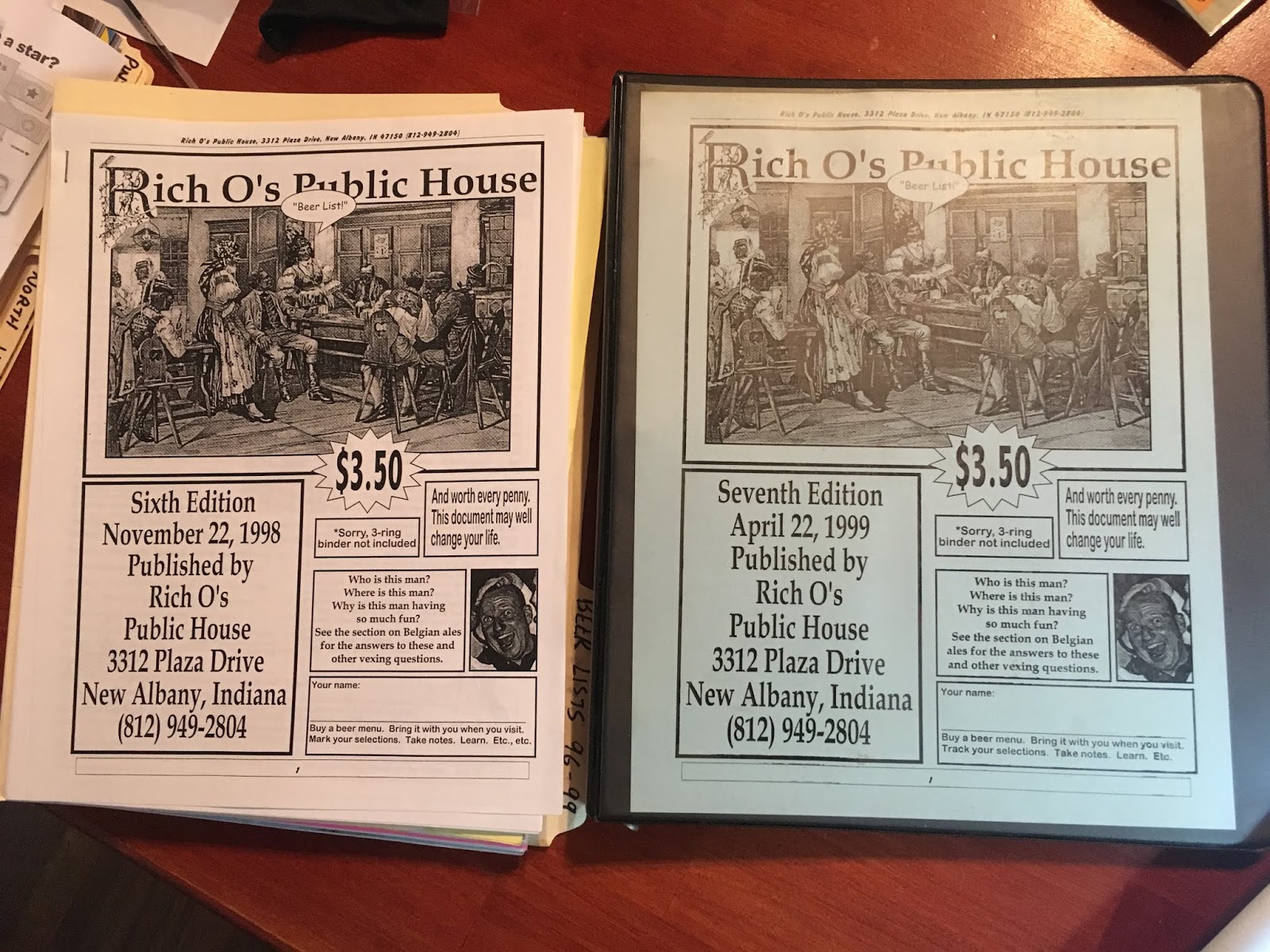 Once upon a time I was highly visible in beer circles. Then the beer circles moved on, and so did I.

For a month or two, this bothered me, until I began to feel a great weight removed from my shoulders, inaugurating a return to the simple pleasures of drinking better beer.

The adjective “better” is necessary, as I’ve yet to rewind the film all the way to college daze, which is to say I’m as deaf to debates about “best mass-market swill” as ever before. It’s my sandbox, and I’ve drawn a nice line across it.

Three years after the Great NABC Schism, I’m just an anonymous older man sitting atop a bar stool and playing dumb, which isn’t altogether hard if you’ve actively avoided keeping up with 6,000-plus American breweries, hundreds of foreign craft start-ups, all the imports that came before, and the tens of thousands of beers annually produced between them.

I still enjoy talking about beer, and very soon, beer-speak once again will be part of my job description. To brush up, there has been some good reading to do. 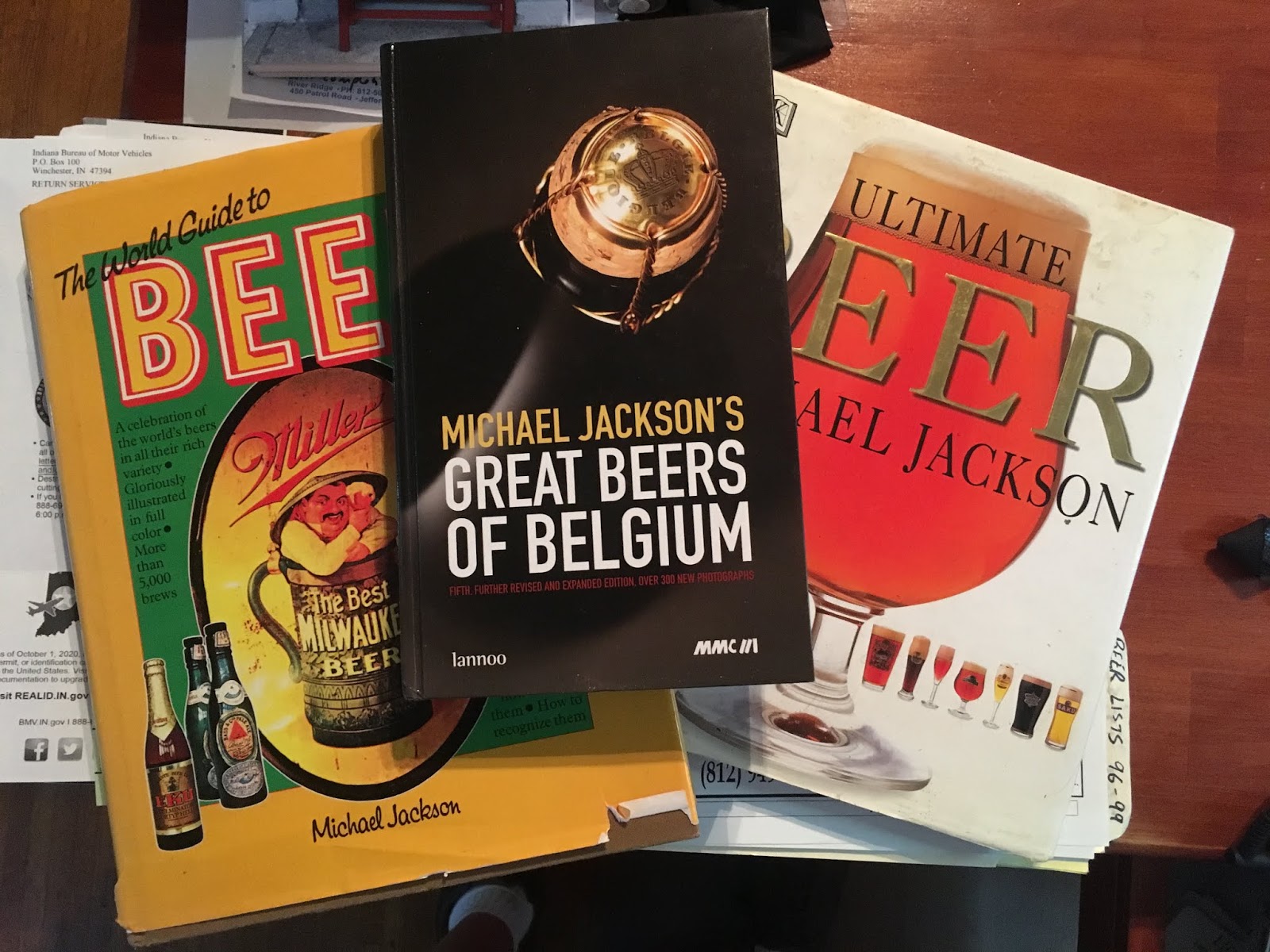 In terms of beer-speak, the basic universal language stays the same, while dialects branch out in all directions. Some of these are generational. I’ll be 58 in three weeks, and my formative beer education came 25-30 years ago during pre-historic times.

Old fogies had books. Today’s youth learned beer on the Internet amid a proliferation of bells and whistles. We can understand each other, but at times our choice of vocabulary baffles us both. As noted philosopher Axl Rose once observed, “All we need is just a little patience.”

I get out less often than before, and even if I hadn’t resolved to blend into the woodwork, bar staffs turn over dozens of times in a year. It’s always someone new, and so my new favorite pastime is questioning my server or bartender about the beers listed on the wall.

It’s not a cruel hobby at all, although it might be. I’m very low-key in my inquiries, and grade on the curve. My tipping game remains strong. Service is service, and there’s no docking gratuities for lack of knowledge, because experience has shown how difficult it is to keep informed even when it’s your only job — as with beer buyers, writers and the like.

The task is far harder on the shop floor. Invariably, they try their best, with often bewildering results.

As for those variable draft selections of the contemporary era, wherein twenty taps spin constantly like the symbols on a slot machine, it should be obvious that a considerable premium is attached to any staffer who somehow can make sense of the kaleidoscope by explaining a different beer each visit in plain language to customers who don’t wish to consult their electronic devices.

By extension, there might be an old-school paper list or similarly styled reference guide for the non-electronic. The problem in this instance is the challenge of revising and updating a printed list in the present age of Tilt-A-Whirl taps.

Perhaps the best printed beer list is one that steers a middle ground between simple verbal explanations (it’s bitter, or malty, or sour) and explications of the micro-climate of New Zealand hop fields, or the theory and practice of protein rests.

Last night there was a social media discussion about the best way to organize a beer list at a pub in terms of information for beginners. Style? Country? Alphabetically? Sheer whim?

Left unspoken was the most fundamental assumption, this being how one decides which beers to carry and how to manage the inventory. All session-strength? Single hop? Only those breweries coming into existence in the time it took to install the draft system?

There are no right or wrong answers. For a business, it’s about what moves profitably — especially with perishable items like beer. The conventional wisdom in 2018 is that every consumer coming through the door demands constantly revolving beer choices, and regular readers know I’ve come to differ with this approach in spite of playing my erstwhile part in pioneering it.

With greater stability of inventory comes the chance to be better informed, and to cultivate deeper appreciation. At least that’s my personal viewpoint, and whatever else might be said about it, there’s a niche in the marketplace for such an approach.

As this pertains to information, it suggests a back-to-basics approach. For me as a returnee, it means foregoing a role I once played with gusto.

It’s just my opinion, but beer snobbery surely has jumped the shark. Even at the pinnacle of my powers — “no Bud Light for you, wanker” — I was no match for today’s beer elite.

Someone long since beat me to the punch line.

Geeksplaining is like mansplaining, only instead of a male telling a female something she already knows, it’s someone with intense knowledge of a limited subject telling exhaustive details of said subject to someone who will never, ever care. Ever.

It is my goal that we’ll avoid institutional geeksplaining at Pints&union. Naturally, what beer lovers say among themselves is another story. Whatever ultimate form the beer list takes, it will be allowed to evolve, casually and conversationally.

Sorry, but the beer list will not be housed in a three-ring binder (above).

I’m amazed at the myth and legend surrounding this two-decade old grandiose notion, which eventually ceased not so much owing to the advent of cyberspace, but because it became a full-time job just to keep the binder updated.

In retrospect, the three-ring binder beer list at the Public House was my “Dark Side of the Moon.” How do you make another album after that?

But Pink Floyd did, and so will we. Stay tuned for further information as the opening of the pub draws nearer, and thanks for reading.