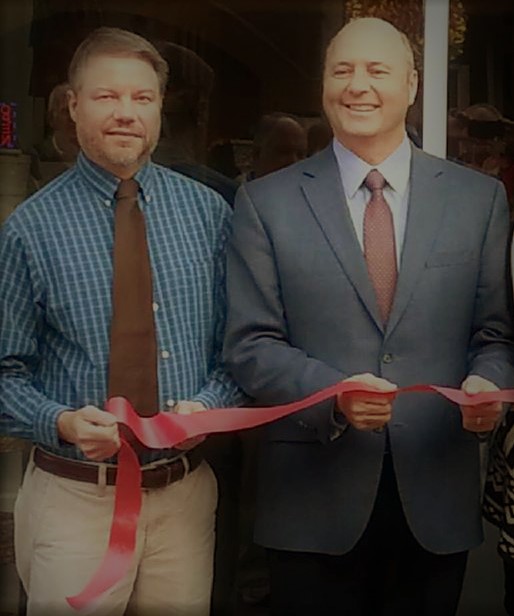 Zuegel’s essay is uncommonly clear and well-written. Let’s begin with the conclusion.

Walkability leads to better health outcomes, more affordable housing, and greater economic vitality. The best part is that easy, low-cost changes can go a long way in improving the options for how people move around their communities. Cities all around the country have begun to appreciate and capitalize on alternative modes of transportation, especially walking.

We still have decades of auto-dependent land use trends to offset, but small shifts in the way our received infrastructure is designed can go a long way to making our neighborhoods more walkable — and in turn healthier, more affordable, and more vibrant.

In 2017, the city of New Albany unveiled a ballyhooed street grid improvement program, the major component of which was two-way street reversions. NA Confidential naturally supported two-way streets, but significantly, from the moment consultant Jeff Speck showed us what was possible in a city of this size, we opted for the Full Monty rather than dribs and drabs of incremental caution.

The expected benefits of two-way traffic have materialized largely as expected, but it should be obvious that by stripping away the majority of Speck’s proposals pertaining to pedestrians and bicycling — by focusing on the needs of drivers and their cars, and not humans pursuing other means of mobility — Team Gahan stupidly negated vast portions of the potential good in favor of a glorified paving project.

The political ramifications of Gahan’s car-centric failure are personified by 3rd district councilman Greg Phipps, who is too intelligent not to understand the truth, but so firmly caught up in the Gahan patronage web that he’s reduced to weakly flailing during council meetings amid protests of the sad restraints posed by political impotence — this position of powerlessness being willingly chosen by Phipps from the beginning in exchange for occasional (and unprincipled) lip service from Gahan toward an imaginary municipal social policy.

The political flaccidity of city council’s inexorably shrinking DemoDisneyDixiecratic rump is a topic for 2019, when we’ll roll up our sleeves and make badly needed change. For now, let’s return to Zuegel’s excellent statement of planning principle.

WE SHOULD BE BUILDING CITIES FOR PEOPLE, NOT CARS, by Devon Marisa Zuegel (Strong Towns)

The way we live is shaped by our infrastructure — the public spaces, building codes, and utilities that serve a city or region. It can act as the foundation for thriving communities, but it can also establish unhealthy patterns when designed poorly.

Zuegel opens with the example of San Francisco’s Embarcadero Freeway, destroyed by the Loma Prieta earthquake in 1989. Nature did what humans said they could not possibly do: remove the freeway, to be transformed into an urban boulevard and street car line. Comparisons to Louisville 86-64 are purely intentional.

Unfortunately, America’s inherited infrastructure is more like the old Embarcadero Highway than the boulevard that replaced it. Urban planners spent the 20th century building cities for cars, not people, and alternatives to driving have been systemically undervalued. This legacy has resulted in substandard health outcomes, missed economic opportunities, and a shortage of affordable housing.

The article is too extensive to adequately recap in this space, so I’ll emphasize this section and strongly encourage you to click through and absorb the whole.

OUR INFRASTRUCTURE IS MAKING US SICK
The American health care crisis is, at its heart, an urban design crisis. To get a sense for the toll our car-centric infrastructure has taken on our physical and mental well-being:

“Doctors focus on remote disease risks, but what really kills us is our built environment,” explained Dr. Richard Jackson, a physician who served for 9 years as the CDC’s Director for Environmental Health. People who walk, bike, or take some form of mass transit to work weigh less, live longer, and have lower divorce rates than commuters who drive. They also have lower rates of depression, more free time, and a more robust social life.

Despite its costs, driving remains the most common mode of travel in the US, at around 85 percent of commuting trips. One out of six workers commutes more than 45 minutes each way, and private vehicles account for 60% of trips a mile or shorter. But it’s not drivers’ fault; rather, our infrastructure encourages — and in many cases forces — us to depend on cars. Our communities are built at the scale of highways rather than humans. Expressways slice through neighborhoods, and widened streets prioritize the flow of cars over making it worth traveling to their destinations. In the 1950s and 60s, large scale demolitions were commonplace in order to make way for fast moving motorized traffic, and communities from New York to Los Angeles have never fully recovered.

People choose to drive despite its costs because they lack reasonable alternatives. Unfortunately, this isn’t an accident of history. Our transportation system has been overly focused on automobile traffic flow as its metric of success. This single-minded focus has come at the cost of infrastructure that supports alternative ways to travel. Traffic flow should, instead, be one goal out of many. Communities would be far healthier if our infrastructure actively encouraged walking, cycling, and other forms of transportation rather than subsidizing driving and ignoring alternatives.