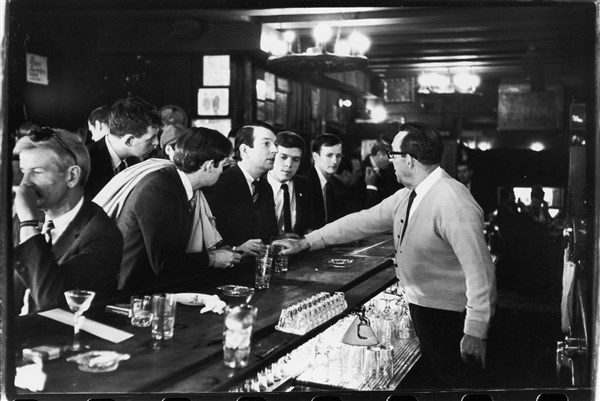 “If patriotism were defined, not as blind obedience to government, not as submissive worship to flags and anthems, but rather as love of one’s country, one’s fellow citizens (all over the world), as loyalty to the principles of justice and democracy, then patriotism would require us to disobey our government, when it violated those principles.”
― Howard Zinn, The Zinn Reader: Writings on Disobedience and Democracy

Time for a history lesson.

… Three years before the Stonewall Inn uprising accelerated the gay rights movement in America, Mr. Leitsch challenged the common practice of bars’ serving gay customers under a no-questions-asked arrangement necessitated by an unwritten State Liquor Authority policy that regarded homosexuals as inherently “disorderly.” Bars that knowingly served them could have their liquor licenses revoked.

The policy, supported by no law and apparently unconstitutional because it precluded the right to free assembly, led to charades by gay men and lesbians. They would sometimes minimize their sexual identities by avoiding affectionate touching or dancing with one another or any other conduct that might be interpreted as “queer.” Bartenders looked the other way and poured the gin.

It was just another of the countless indignities and rights violations that gay men and lesbians endured in an age when vice squads raided bars frequented by gay clientele and entrapped men in homosexual “encounters.” Many publications, including The New York Times, referred to gay men and lesbians as “sexual deviates.”

Hypocrisy infected the era. Gay men and lesbians were widely regarded as sick by the medical establishment, sinners by the clergy and criminals by the law. Judges accepted the testimony of undercover officers who had solicited sex from gay men and then arrested them. For those with a name, job or family to protect, lewdness charges could carry fines, jail time and ruinous publicity …