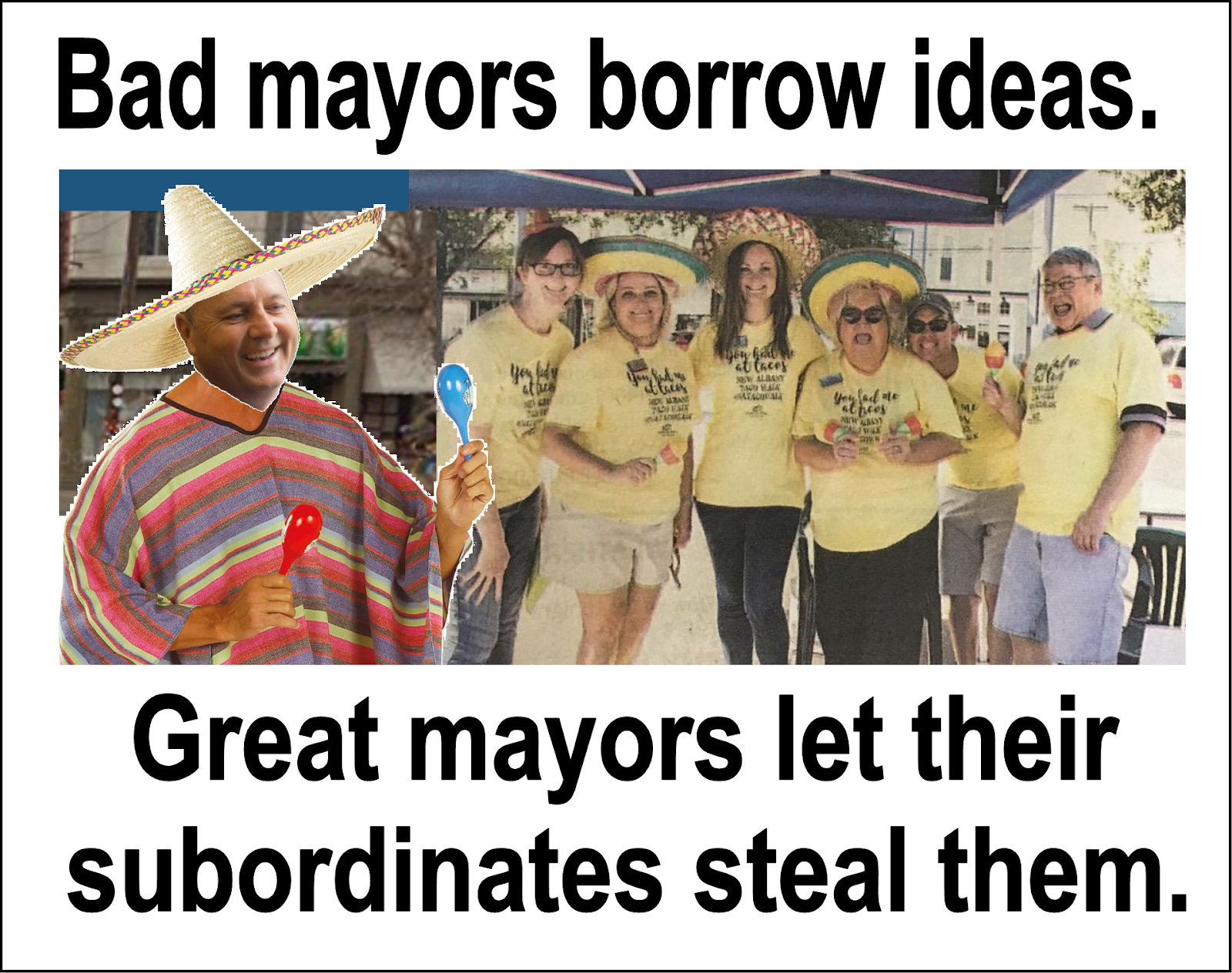 The May list begins with five “honorable mention” posts, before concluding with the Top Ten, escalating to No. 1. These statistics are derived from Google’s internal accounting.

Gahan Money Machine: The Beam, Longest and Neff firm takes its turn at the wheel of the mayor’s gravy train.

As you might expect, crumbs from the absurdly titled Mt. Tabor Road Restoration and Pedestrian Safety Project (did Pinocchio Rosenbarger coin that gem of purely Orwellian Newspeak?) conveniently landed in the mayor’s re-election piggy bank.

I’m a cynic by inclination and preference, but it doesn’t preclude me from being happy that there’s a park named for Kevin Hammersmith.

I’m also glad the county pushed and completed this project. If Gahan had gotten hold of it, the park probably would be called the Lanz Dome.

I’d like to ask at what point this organization, which I believe still receives a funding tithe each year from the city, is held accountable for matters like these – like cultural appropriation and infringement of intellectual property rights, or is it fine so long as that mayoral anchor seal of approval is hanging around their necks?

This just in: “I urge We Are New Albany supporters to back LaMicra Martin in tomorrow’s primary.”

Moments ago, We Are New Albany posted two social media statements. Above is the list of candidates in tomorrow’s primary who have made a public statement addressing the future of pubic housing in the wake of Mayor Jeff Gahan’s hostile takeover of the New Albany Housing Authority.

Kudos to Bob Frederick for keeping this story alive. He went through a fair amount of crap, but today’s piece in the CJ has to feel like vindication for him.

These adaptive reuse pieces took a while to come together, but now it’s my pleasure to offer an viable alternative to David Barksdale’s City Hall’s plan (or is it David Barksdale’s City Hall’s plan — so very confused) to deploy millions of back-scratching dominoes (and dollars) so that the neglected/dilapidated Reisz furniture building might be used for city offices.

On Spring Street today by Breakwater, a bicyclist riding in a bike lane was hit by a driver.

A friend just wrote that her husband was riding his bike home from work this afternoon on Spring Street and was hit by a driver, who claimed to be “watching for cars, not bikes” while pulling into Spring from a side street.

Bicycles and sidewalks? As always, New Albany’s legal stance is as clear as mud — and City Hall gazes at the ceiling.

We’ve all been here before, but the fake factoids never cease, so let’s have another look at the question of whether it is legal to ride a bicycle on the sidewalk in New Albany. Not unexpectedly in a state with its own contradictory laws, sections of the official code of ordinances in New Albany don’t jibe.

From the makers of Fireball Cinnamon Whiskey: “The old Pillsbury Plant becomes the new home for Sazerac Company.”

The devil remained firmly within the nooks and crannies of the details, and until we know how much Sazerac’s arrival will cost us, prudence is the rule. This noted, Sazerac’s investment at the former Pillsbury has the potential to be a good thing.

Let’s take a brief look at Sazerac. First, the company.

Remembering Chloe Allen — and the unfinished task of making streets safe for all users, not just drivers.

As the late Chloe Allen’s former neighbor pointed out yesterday, the second anniversary of her tragic death fell on squarely on Mother’s Day.

It’s also the second anniversary of Mayor Jeff Gahan’s refusal to say her name aloud, or even to acknowledge her passing.

I’m sure that’s just a coincidence. I thought it prudent to wait a bit before mentioning it, and asking: Is the intersection in question safer now? Perhaps marginally. It’s still a terrifying place to watch the very worst that drivers can be.

The former Comfy Cow location will become a bar, but we have no further details. 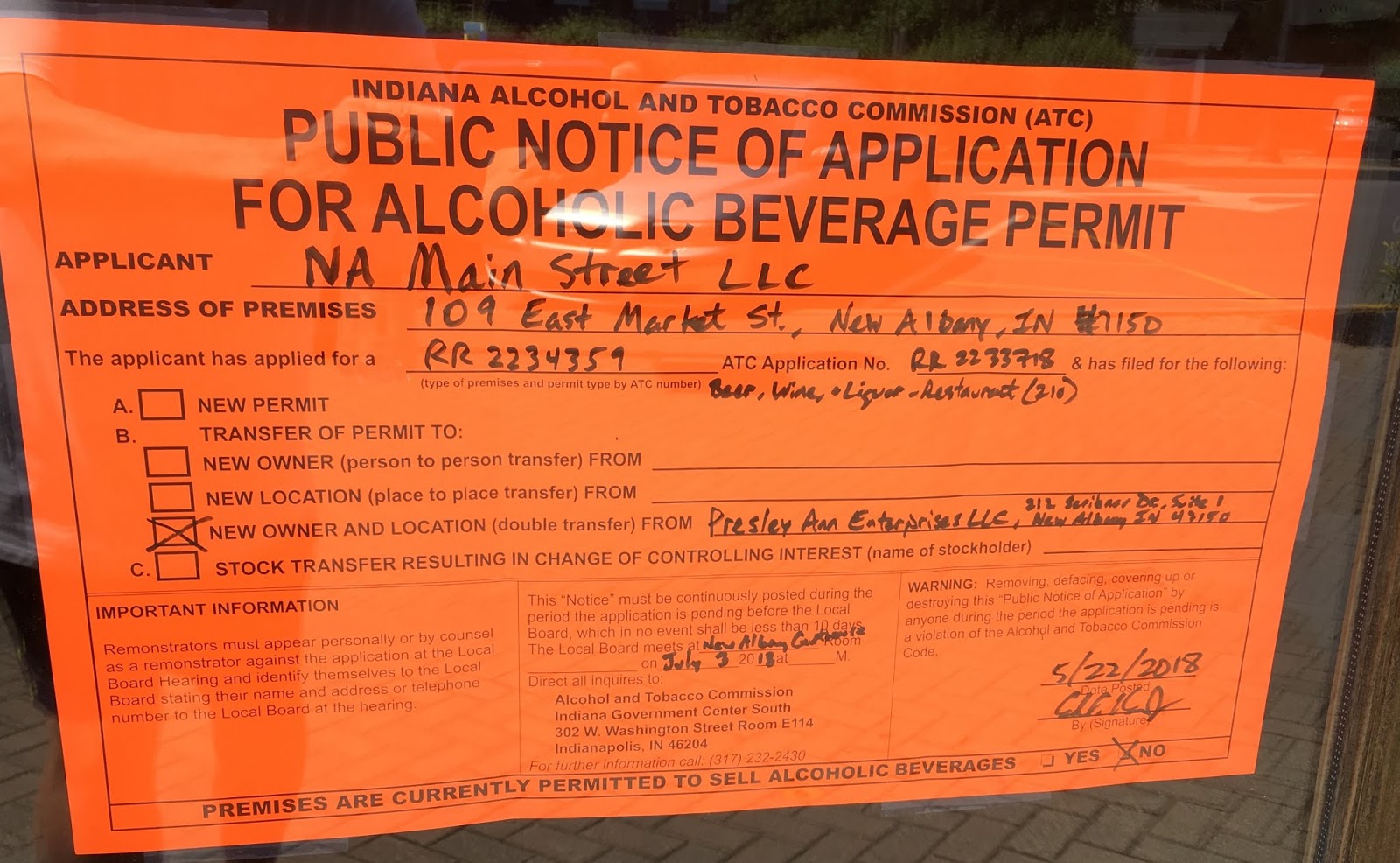 Let’s all eat at Israel’s Delicias de Mexico Gourmet on Saturday, May 19.

If you’re not planning on Taco Walking and still need to eat at some point on Saturday, May 19, allow me to suggest that while it isn’t located in the epicenter of downtown New Albany, Israel’s Delicias de Mexico Gourmet (1515 E. Market Street) would be a great place to have a meal.

“This girl’s idea was not hers anymore”: Taco Walk’s real founder explains how Develop New Albany stole her idea, as Jeff Gahan looked on, grinning.

Kelly’s to be commended for channeling her anger into positive action. What happened to her last year makes me want to start tossing Molotov cocktails. Team Gahan’s unaccountable cliquish minions keep empowering DNA’s unaccountable bad behavior, which is embarrassing by junior high school standards, much less coming from an organization that purports to “lead.”

How do these people sleep at night?