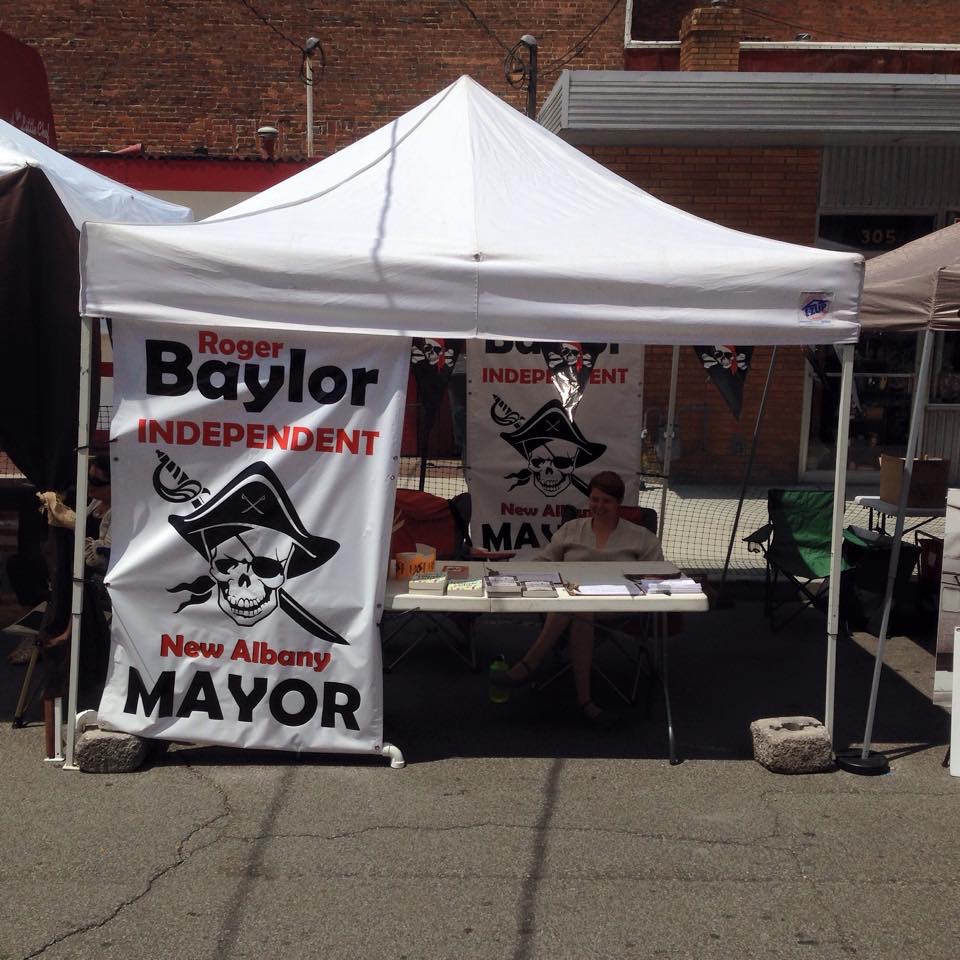 According to the data miners at Facebook, this photograph was taken three years ago today, featuring my campaign’s top volunteer.

Little did we know at the time, when Mayor Jeff Gahan swiped the term “Boomtown” from Houndouth (or was it Mike Moore?) for its inaugural 2014 event — since ingloriously discontinued — that it would become synonymous with Exalted Leader’s campaign finance treasure chest.

Verily, New Albany as “Boomtown” has been a Boon-town for the mayor, his family and closest sycophants. Surely their combined salaries, in addition to benefits and donations to the ruling clique, have topped a cool million since 2012, or more likely since the moment this photo was committed to posterity in 2015.

Gahan’s personality cult works quite well for Gahan, his kinfolk and their bootlickers. It’s how our local DemoDisneyDixiecrats always gamed the small pond local patronage system, and it’s what they’ll be clinging to with kamikaze-like fury in the coming months.

If not, it’s back to the private sector, and actual work.