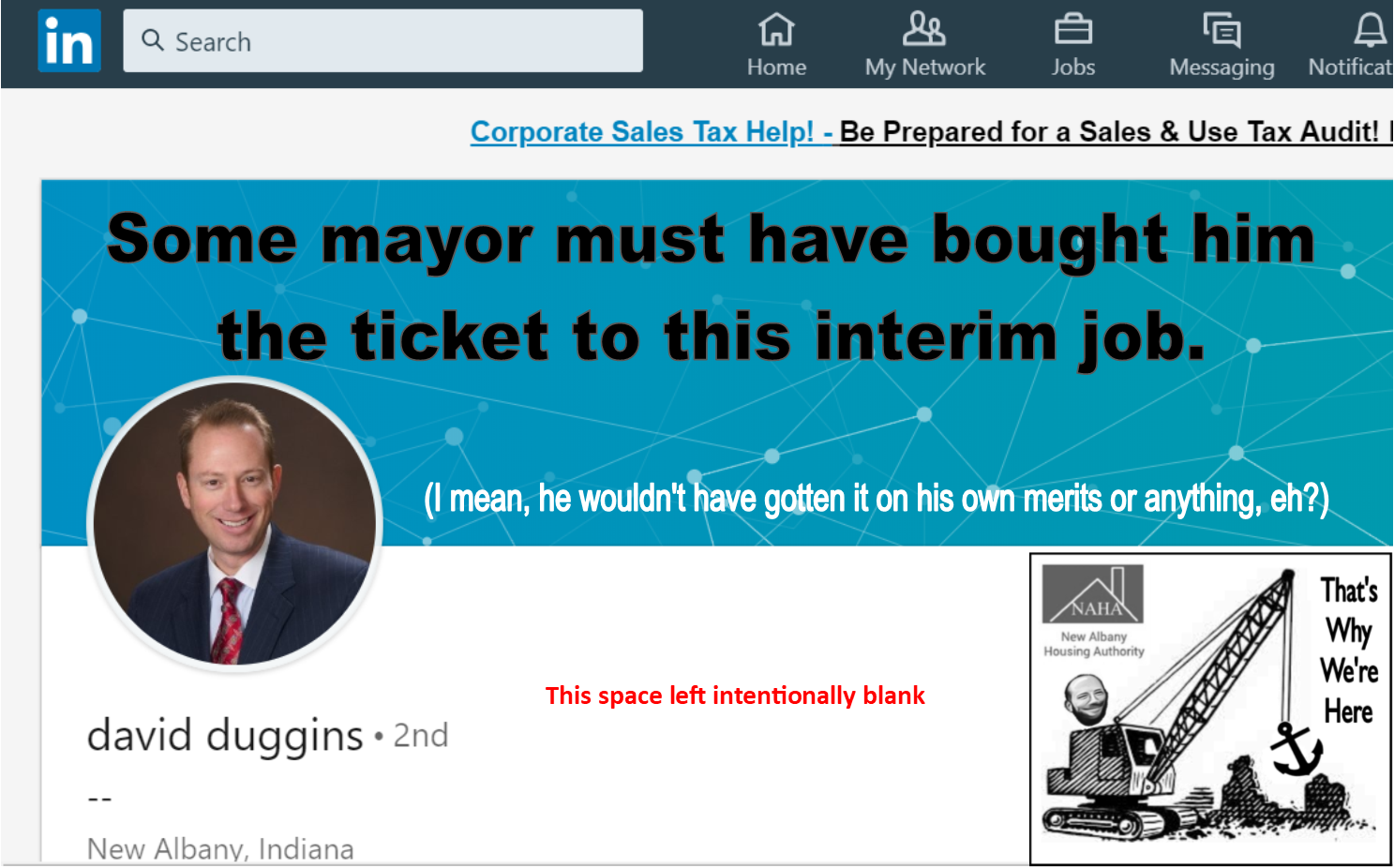 Wait — did I hear the prolific firm called HWC Engineering mentioned in the context of the ongoing demolition follies?

Something else to remember.

In spite of what City Hall and Gauleiter Duggins imply, only a few of the new “affordable housing” units being constructed by the city and New Hope in the West Street vicinity, according to deposed housing director Lane’s long pre-existing plan, will be available to public housing residents displaced by Gahan’s property-grab demolitions.

So the little bit of free land Bob Lane had been able to accumulate with the idea of using it to build new units for NAHA residents is going to be used to build 35 units, 7 of which (20%) will be reserved for NAHA residents. Classic. Only 498 units to go! What a joke.

Although it’s nice to know the city is partnering with the occupation team that it installed itself as part of the NAHA putsch.

BIG NEWS! THE GROVELING BOOTLICKERS WE INSERTED ARE STILL ON OUR SIDE!

Are local Democrats embarrassed yet — or all they all just on payroll?

… A memorandum of understanding adopted by the board and the City of New Albany last year outlines a plan to apply for demolition of the 500 or so units, to be replaced with housing choice vouchers for residents to obtain subsidized housing outside the housing authority. If the units do not qualify for demolition, NAHA has said it plans to apply for Rental Demonstration Assistance, which allows the housing authority to seek bank loans to pay for major rehabilitation projects and requires one-for-one replacement of demolished units

The City of New Albany is partnering with NAHA on the housing needs assessment, and the city will be able to use the findings in its comprehensive plan, said New Albany Housing Authority Interim Director David Duggins.

Candace Brewer, the chair of We Are New Albany, a group of NAHA residents and Indiana activists advocating for one-for-one replacement of demolished units, asked at the meeting that residents be involved with NAHA’s application process to HUD …