Brad Meyer is the president of HMB Professional Engineers, Inc. 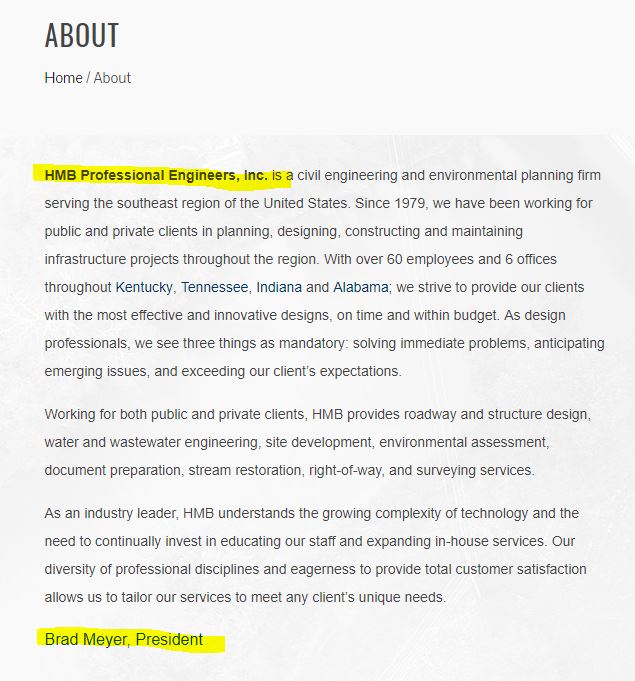 By an amazing coincidence, HMB is the employer of AdamBot, someone we all know and love. 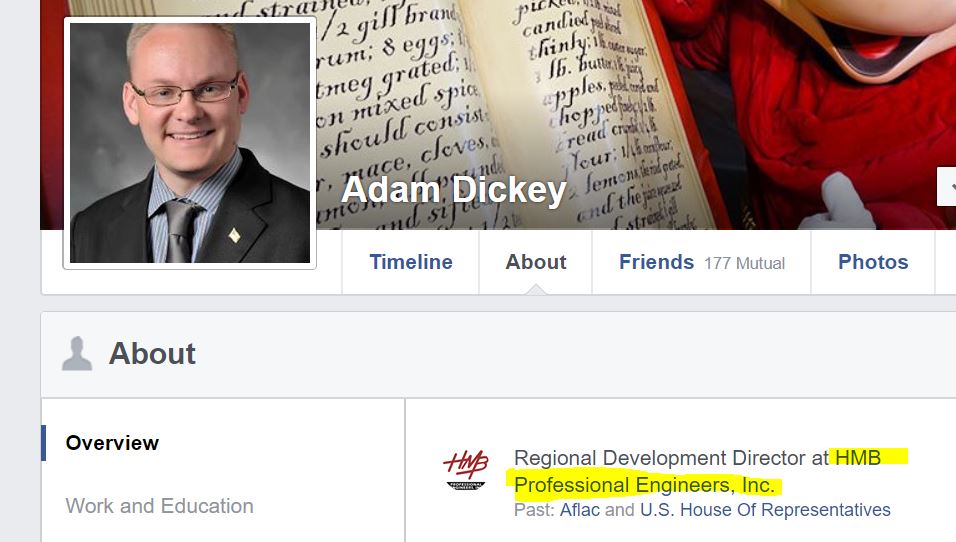 And HMB formerly employed Paul Lincks, who sensibly moved from one set of engineers to another a couple of years back, because … 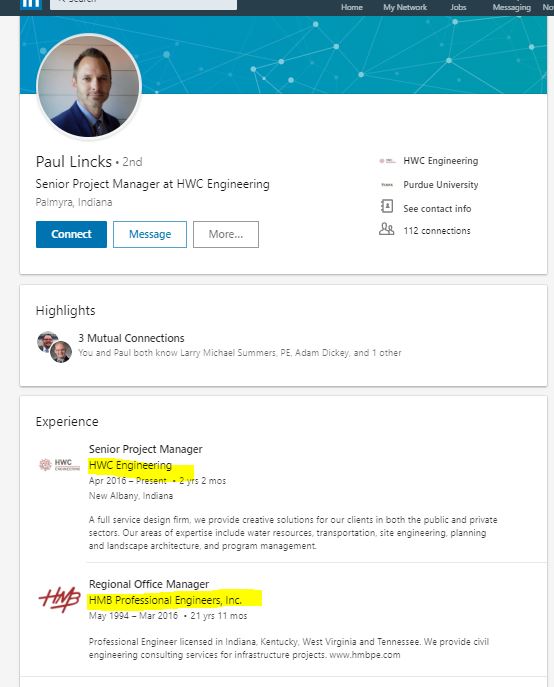 … it was just in time to get in on the greatest de-Specked sausage of all, HWC Engineering’s two-way street grid plan.

As engineers, HWC can spot which side of the bread slice to butter from as far away as China, while wearing blinders, and fully juiced on Kool-Aid. For instance, this Mr. Jolliffe fellow?

You catch on quick. 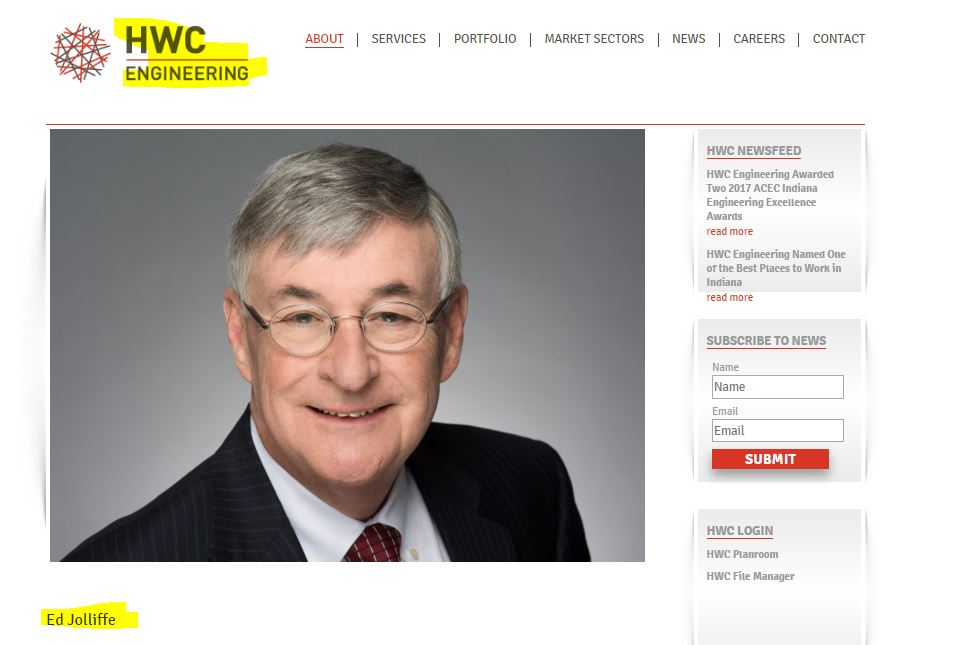 By the way, city council talked about paving last week. It’s so vitally important that Mayor Jeff Gahan didn’t attend the meeting, and isn’t picking up the phones.

Mike Hall, a spokesperson for Mayor Jeff Gahan, said road paving selection is based on the city’s Asset Management Plan that was developed by Clark Dietz Engineers.

Miraculously, no 2017 campaign donations can be traced to Clark Dietz, so give us a little more time.

At last Monday’s meeting, the reporter missed some of the very best performance art in recent memory, when city engineer Larry Summers repeatedly and meticulously detailed his crushing workload as hod carrier to the mayor as proof that he couldn’t possibly meet for as little as an hour with CM Scott Blair, who along with CM Bob Caesar recently has taken to discussing various new and innovative ways of patching potholes.

You could see the exasperation on Summers’ face: must I say this aloud for these idiotic council minions to “get it”?

Hence the unintended irony of the editor’s subhead: Some council members think more is needed.

See that conveyor belt over there, disappearing into the bowels of the earth?

Feed it and see. It doesn’t mean Gahan ever will attend a meeting or climb out from the bunker, where an abacus works overtime, just like Summers, but it does mean Hall might return your calls more quickly.

If your credit’s good.

NEW ALBANY — Old Man Winter has finally left the area, but not before leaving plenty of potholes behind. Cold temperatures can be hard on road surfaces, and New Albany has its share of crumbling asphalt.

City officials are now finalizing a list of streets and begin the paving season.

But there seems to be more potholes than money, so many of those streets in need of a new surface may have to wait another year.

The New Albany City Council approved $1 million for paving this year at its meeting on May 7. The money will come out of the Economic Development Income Tax fund.

The council advertised $1.5 for paving in case the majority wanted an extra $500,000, but after discussion the council voted unanimously to approve $1 million.

While $1 million seems like a lot of money, it doesn’t go a long way when it comes to laying new asphalt. Some New Albany City Council members would like to see more money dedicated to road and sidewalk repairs.