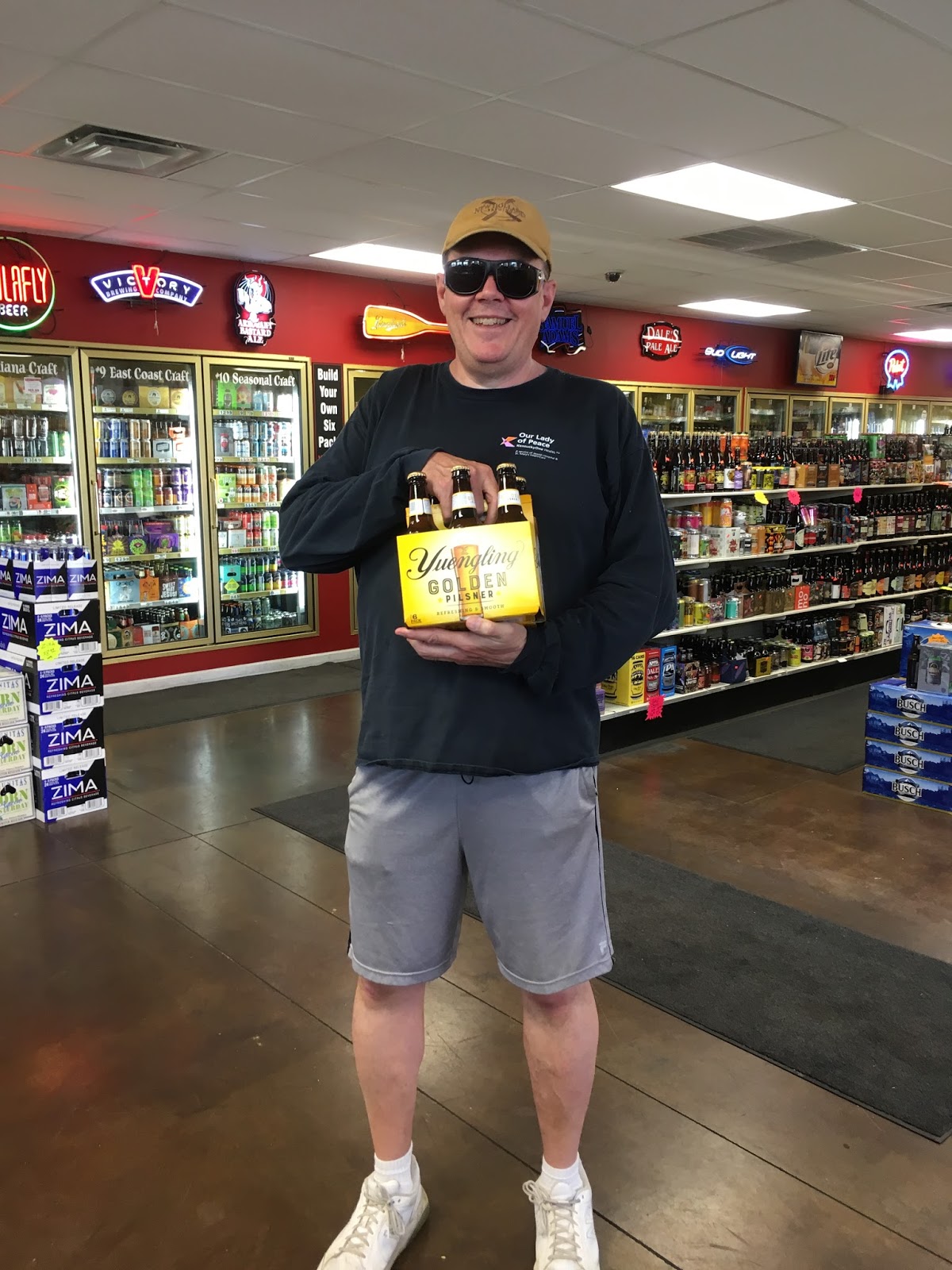 Several of my friends beat me to tasting Pabst Pale Ale (I still haven’t), but earlier today by sheer serendipity I walked into Keg Liquors (Clarksville) and became the first customer to buy a six-pack of Yuengling’s ballyhooed Golden Pilsner.

The verdict: It’s worth $7.99 … barely, and by the way, the color “golden” can be assumed as the default appearance of any pilsner. An adjective is necessary only when it isn’t golden, which never happens — at least in my sheltered world.

Politics aside, proper stylistic comparisons are important. Lately I’ve been drinking Firestone Walker’s Pivo Pils (“pivo” is the word for “beer” in Slavic languages), and it’s absolutely incredible. However, FW Beer Pils must be compared to classic German and Bohemian examples in spite of a few crafty twists.

It sizes up quite well.

Without having done any research, my guess is Yuengling’s Golden Pilsner must be included in a group with Coors Banquet, Miller High Life and other “American-style” pilsners. Hence the usual Yuengling house character — some sulfur and corniness (adjunct) on the nose, no discernible hop presence, watery body.

Another thing: keep mentioning Hallertauer and Saaz hops, and eventually someone will notice there isn’t much of a trace of either — but again, that’s what American pilsners ARE, and I’m told noble German hops are cheap these days.

Admittedly, once I knew what corn as an adjunct tastes and smells like, I understood what I never liked about such beers. Not that there can’t be good adjunct beers; just that they’re not my preference.

Having said this, Yuengling Golden Pilsner tastes fine as measured against the appropriate yardstick, for $7.99 a six-pack, when nothing more classically pilsner-like is available. In other words, like all the other times I’ve ever consumed a Yuengling, usually while traveling and dining somewhere without useful “craft” options.

Preferable options include Firestone Walker Pivo Pils, which I’m drinking now, because try as I might, it simply didn’t seem like a second Yuengling was in the cards. It’s good for what it is, and what it is, isn’t my usual choice. So be it.