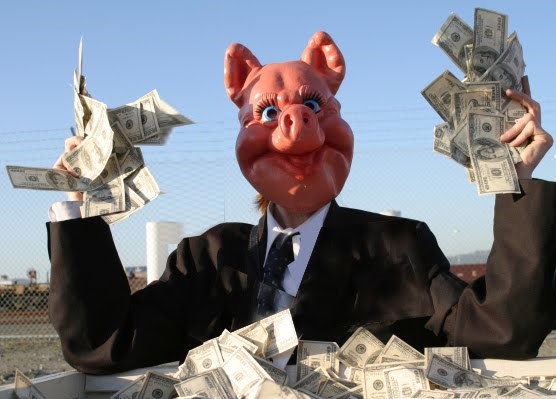 According to the article, John A. Burtka IV is executive director of the American Conservative magazine. As for his topic, but of course they should.

In recent years, as politics become increasingly and stupidly polarized, I’ve tried to look past the obvious points of disagreement with my friends on the right, and focus instead on what we have in common.

Arguably, it’s easier when they’re indie business owners — then we’re speaking a universal language about somewhat “free” markets from the perspective of the trenches.

Conservatives should be wary of Big Business, by John A. Burtka IV (Washington Post)

Among conservatives, the erosion of civil society is most often attributed to the heavy hand of the administrative state. While the welfare system, especially at the federal level, certainly deserves its fair share of the blame, a growing number of conservatives, including Tucker Carlson, Patrick Deneen, Rusty Reno, Michael Brendan Dougherty and Rod Dreher, have also expressed concern about the side effects of economic globalization and the elite culture that shapes many corporations. In short, conservatives are coming to see that Big Business can also threaten our liberties and the flourishing of civil society.

I am not insinuating that capitalism is bad or that the free markets haven’t dramatically reduced poverty and raised living standards. What I am saying is we should not underestimate the importance of our immediate commercial environment to the forging of a sense of community, and that the shift from locally owned businesses to multinational corporations comes at a cost …