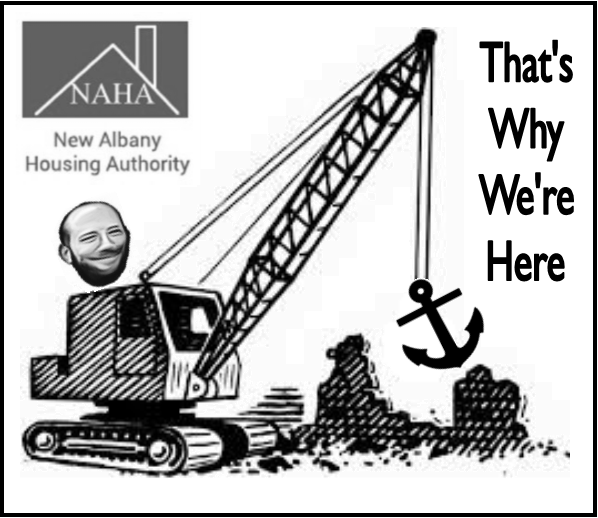 Quite early in the “Election 2018” season, NA Confidential took the stance that any primary election contestant who’ll actually make a public statement addressing Democratic mayor Jeff Gahan’s hostile takeover of public housing, and Gahan’s ongoing assaults on our city’s most vulnerable populations, at least merits consideration for voting — as opposed to the ones who have refused to comment at all.

The word “public” cannot be emphasized strongly enough. This is about openness and transparency, which were utterly lacking in the run-up to Gahan’s putsch.

We’ve passed along many candidate statements harvested by Aaron Fairbanks of We Are New Albany, and some may have been inadvertently omitted. If so, Aaron, please send updates and this post will be revised.

As to the quality and content of these statements … well, that’s something for you, the voter, to judge.

Did the candidate seem honest?

Did he or she really address the issue?

Here’s a list of candidates, organized by the office being sought, who have made statements. There have been no statements from candidates running for Floyd County Council, Prosecuting Attorney, Auditor, Sheriff, Assessor or the various township boards.

Below are links to their statements. Pending further updates, this is where we stand with early voting well underway.

Fairbanks: “It is crucial that candidates use their platforms and their voices to shine a light on this issue, because the people most impacted by this issue are often left invisible in the political decision-making process.”

Read Dan Canon’s statement about the issue of public housing in New Albany.