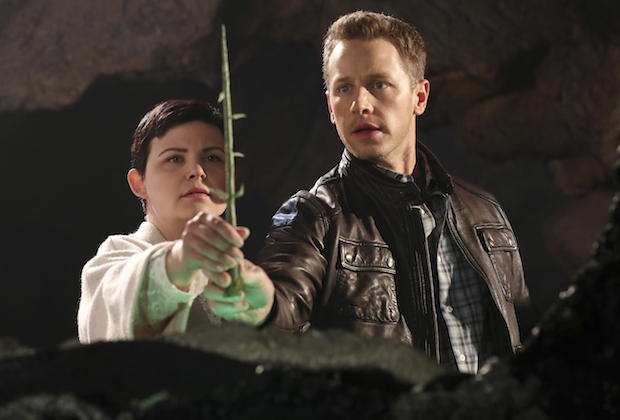 I’m famously indifferent to television; consequently, this story is more than two months late, so for the record: The series Once Upon A Time has come to an end, after 150-something episodes.

These factoids matters primarily because the show brought a measure of fame and recognition to a fellow New Albanian, all-around nice guy Josh Dallas, who served as grand marshal during the 2012 Harvest Homecoming parade.

As it turns out, last year’s sixth season of Once Upon A Time was Dallas’s finale, as most of the original cast members had six-year contracts. Let’s hope they get a cut of the residuals from the many hours of “content” the series is destined to become in the years ahead.

Josh and his wife, series co-star Ginny Goodwin, are quality folks. I feel very fortunate to have met them a few years back, and wish them all the best in the future.

‘Once Upon a Time’ to End With Season 7, by Debra Birnbaum (Variety)

The magic is over for “Once Upon a Time.”

The ABC series, which is currently in its seventh season, will end its (fairy tale) storied run with the current season, Variety has learned.